Calm before the storm for Japan suicides as virus ravages economy 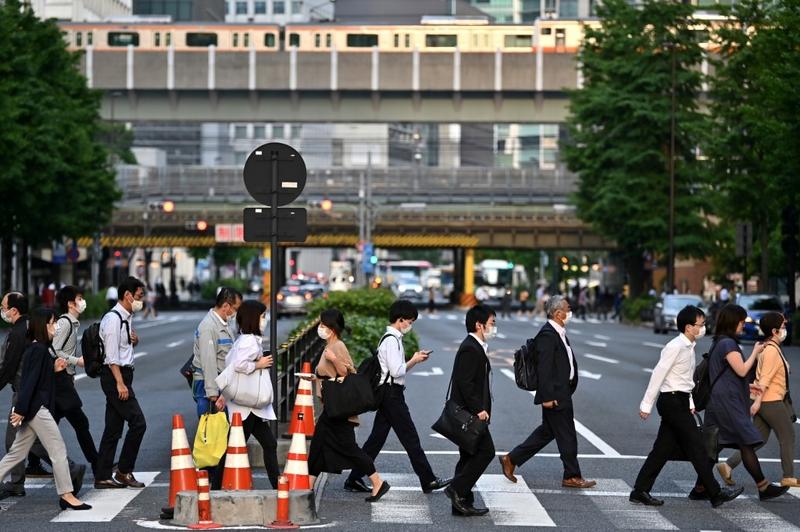 People wearing face masks cross a street in Tokyo’s Otemachi area on May 27, 2020, two days after the Japanese government lifted a state of emergency due to the COVID-19. (PHOTO / AFP)

TOKYO — The phones at the Tokyo suicide hotline start ringing as soon as it opens for its once-weekly overnight session. They don’t stop until the lone volunteer fielding calls from hundreds of people yearning to talk signs out early the next morning.

Both operating days and volunteer numbers at the volunteer-run Tokyo Befrienders call center have been cut to avoid coronavirus infection, but the desperate need remains.

“There are so many people who want to connect and talk to somebody, but the fact is we can’t answer all of them,” center director Machiko Nakayama told Reuters.

Health workers fear the pandemic’s economic shock will return Japan to 14 dark years from 1998 when more than 30,000 people took their lives annually. With the grim distinction of the highest suicide rate among G7 nations, Japan adopted legal and corporate changes that helped lower the toll to just over 20,000 last year.

Of course social support is important ... but they won’t be able to ramp this up suddenly. Preventing bankruptcies will start helping immediately

Worried the current crisis will reverse that downward trend, frontline workers are urging the government to boost both fiscal aid and practical support.

“We need to take steps now, before the deaths begin,” said Hisao Sato, head of an NGO that provides counseling and economic advice in Akita, a northern prefecture long known for Japan’s worst suicide rate.

National suicides fell 20 percent year-on-year in April, the first month of the country’s soft lockdown, but experts said that was likely due to an internationally recognized phenomenon in which suicides decrease during crises, only to rise afterwards.

“It’s the quiet before the storm, but the clouds are upon us,” Sato said.

Economic circumstance is the second biggest reason for suicides, behind health, according to 2019 police data, which also shows that men are nearly three times more likely to kill themselves than women, and most are in the 40-60 age group.

The current crisis, which is forecast to shrink Japan’s economy 22.2 percent this quarter, is especially dangerous for cash-strapped small and medium-sized businesses for whom government subsidies might not arrive in time.

“It’s tough. A lot of people are really worried,” said Shinnosuke Hirose, chief executive of a small human resources firm that has lost nearly 90 percent of its business. “It’s like waiting at the execution grounds to see if they survive or not.”

A Health Ministry official in charge of suicide policy told Reuters his department planned to ask for more money from a US$1.1 trillion central government stimulus package to help fund measures such as extra hotlines. The official, who declined to be named as he was not authorized to speak on the record, added there were limits to central government action and local efforts were crucial.

Some believe the steps taken in recent years to bring down the suicide rate will hold firm through the current crisis, but others are not so sure.

Kyoto University’s Resilience Research Unit has predicted 2,400 more suicides for each 1 percent rise in unemployment. If the virus subsides in a year, unemployment could peak at around 6 percent by March, lifting annual suicides to around 34,000, it estimated. If pandemic conditions persist for two years, a rise to 8 percent unemployment by March 2022 would see suicides spike over 39,000.

“Of course social support is important ... but they won’t be able to ramp this up suddenly,” said unit director Satoshi Fujii. “Preventing bankruptcies will start helping immediately.”

At the Tokyo Befrienders call centre, the phones continue to ring. The formerly nightly service now opens on Tuesdays only, with one volunteer a shift instead of four, although it plans to reinstate another day in June.

“Everyone has tried hard to get through lockdown, but now they’ll reflect and think ‘why was I doing it? What hope do I have?’” Nakayama said. “At that time I think a lot could choose death.”