By Zhu Wenqian in Beijing and Yang Jun in Guiyang 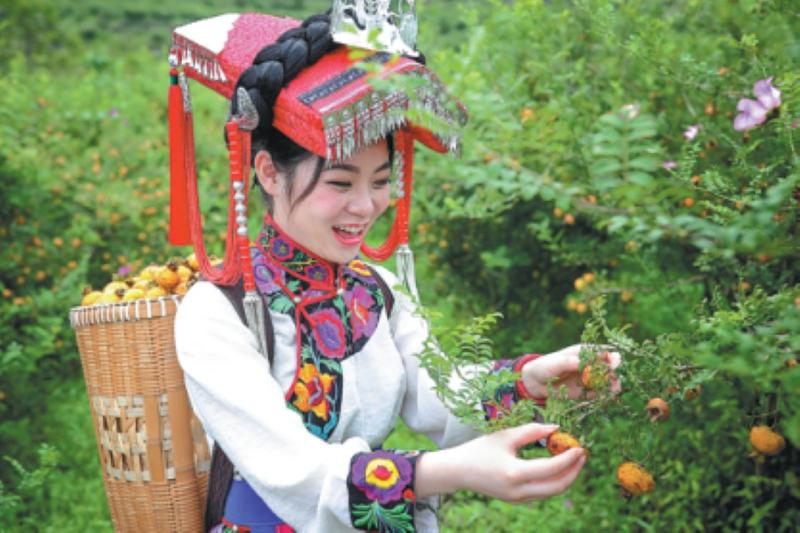 Liupanshui, a city in mountainous Guizhou province in Southwest China, used to rely on coal power, raw materials and traditional industries for development.

Behind Liupanshui's transformation is a multibillion-dollar livestreaming market in China, which is forecast to grow fast as the coronavirus epidemic further pushed consumers into online shopping

It has successfully revitalized its economy through e-commerce retailing and a bit of innovative thinking.

In the first quarter, Liupanshui achieved sales revenue of 2.16 million yuan (US$300,000) by promoting goods through livestreaming sales. During the period, total online sales by the city reached 76.5 million yuan, up 18.43 percent year-on-year, the local government said.

The city has a large concentration of impoverished families. All of the needy counties have built up their e-commerce service centers. Local retailers have opened more than 1,500 stores on major e-commerce platforms such as JD and Tmall.

Behind the city's transformation is a multibillion-dollar livestreaming market in China, which is forecast to grow fast as the coronavirus epidemic further pushed consumers into online shopping.

By leveraging the local advantages of a subtropical climate, clean air and fertile soil, the city hopes to become a top commercial center for kiwi fruit.

There are 14 wild-growing varieties of kiwi fruit locally. The kiwi fruits there have red pulps, a sweeter taste and usually mature 30 days ahead of other varieties from other areas, whose prices are three times more expensive.

The Liupanshui Agricultural Investment and Development Co Ltd is a key player located in a well-established fruit-growing area. It sold more than 3,000 metric tons of kiwi fruit last year. It has grown by 50 percent year-on-year and its sales revenue reached 80 million yuan last year.

Besides selling products to Beijing, Shanghai, Chongqing, as well as Yunnan, Hubei and Taiwan provinces, it also exported kiwi fruit to Russia, Canada, Thailand and the Middle East.

The city has also achieved growth in several other agricultural products, such as Guizhou's signature fruit, the Rosa roxburghii Tratt or thorn pears. The city has been recognized as a national quality and safety demonstration area for thorn pear exports.

The company has cooperated with 110 dealers, 17 e-commerce platforms, and a cross-border e-commerce platform under Alibaba Group that will be launched on June 1. From January to March, sales by the company reached 40 million yuan, having jumped 33.3 percent year-on-year.

On another front, an online celebrity of Liupanshui named "little cool girl" has publicized the sightseeing spots of her hometown and is being recognized by the public.

She cooperated with an e-commerce platform and has conducted more than 30 livestreaming sessions this year to promote local agricultural products. Their sales revenue has exceeded 100,000 yuan, which helped mitigate the impact of the epidemic on area farmers.

Li said in recent years, Liupanshui has actively developed big data and integrated the technology with the real economy. Three major Chinese telecom carriers have built labs there and made it one of the pilot places of a smart city.

"With the local advantages of electric power, we hope Liupanshui will become a comprehensive big data experimental area of Guizhou and the country. In addition, we hope it will be a demonstration city of the internet of things, 5G, and blockchain. The technologies will help promote high-quality economic growth, and back the upgrading of traditional industries," he said.