Japan doubles down on stimulus with extra US$1.1 trillion in aid 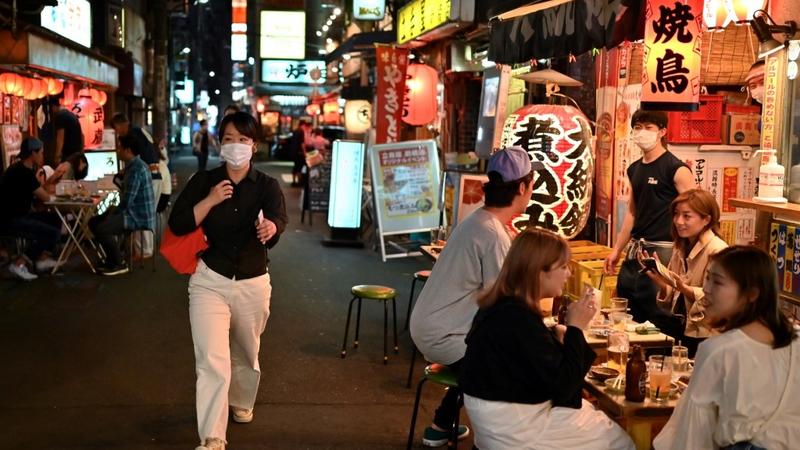 People gather at an "izakaya", or Japanese-style bar, in Tokyo's Shinbashi district on May 27, 2020, two days after the Japanese government lifted a state of emergency due to the COVID-19 coronavirus. (CHARLY TRIBALLEAU / AFP)

His cabinet approved Wednesday a 117 trillion yen (US$1.1 trillion) set of measures that includes financing help for struggling companies, subsidies to help firms pay rent and several trillion yen for health care assistance and support for local economies. The spending will be funded by a second supplementary budget that breaks a record for an extra budget set only last month.

The latest aid was finalized after data last week confirmed Japan has sunk into a deep recession and polls showed support for Prime Minister Abe’s cabinet dropping to a fresh low over its handling of the outbreak. Apparently sensing the need to do more, Abe vowed on Monday to bring the tally of measures to around 40 percent of gross domestic product.

While the government ended its nationwide state of emergency this week and new virus cases have tailed off, the economic outlook is still grim. Analysts see GDP shrinking by more than 20 percent this quarter and say the recovery could be slow as exports, tourism and business investment struggle to rebound.

The new measures match the overall size of April’s 117 trillion package, bringing the total of the two packages to just under 234 trillion yen. The record second extra budget of 31.9 trillion yen to help fund the measures comes less than a month after the passage of the first.

The economic package also boosts loans and investment via government-backed lenders by 39 trillion yen to a record 62.8 trillion yen in the current fiscal year, measures that don’t show up in the extra budget figures.

Iran’s new parliament convened on Wednesday after the Feb. 21 elections under strict health protocols and social distancing rules to ward off the coronavirus in one of the hardest-hit Middle Eastern countries.

Many lawmakers wore masks and their temperatures were taken before entering the parliament building in southern Tehran, Iranian media reported.

“We are among the countries that have been successful in their fight against this dangerous virus,” President Hassan Rouhani said in a speech to parliament broadcast live on state TV.

Because of the outbreak, the lawmakers postponed a traditional visit to the shrine of the founder of the Islamic Republic, Ayatollah Ruhollah Khomeini, Iran’s state news agency IRNA reported.

In the first phase from May 28 to 30, travel between cities and regions, with the exception of Mecca, will be permitted during the curfew hours from 3 pm to 6 am, while retail and wholesale shops and malls will be allowed to open, according to a statement by the interior ministry carried by the SPA.

Saudi Arabian airlines are preparing to resume some domestic flights from May 31 as the plan enters into the second phase, the state news agency said.

Sixty flights will resume each day in the first phase. Bans on domestic travel, holding prayers in mosques, and workplace attendance in both the government and private sector will be lifted, starting on May 31, the news agency reported early on Tuesday.

As for the holy city of Mecca, the first-phase easing will be carried out between May 31 to June 20 and the second will begin on June 21.

Saudi Arabia reported 1,931 new COVID-19 cases in the last 24 hours, taking the total number in the kingdom to 76,726, the health ministry tweeted.

A COVID-19 cluster on board a live sheep export vessel is under close monitoring by Australian authorities on Wednesday, after six crew members tested positive for the virus.

The all male crew members worked aboard the Al Kuwait, a livestock carrier which docked in Fremantle Harbor after travelling to the State of Western Australia (WA) from Qatar, according to the WA Department of Health.

Australia has recorded 7,144 cases of the disease and 103 fatalities following the death of a 30-year-old man with an underlying heart condition in Queensland, the country’s youngest COVID-19 victim. 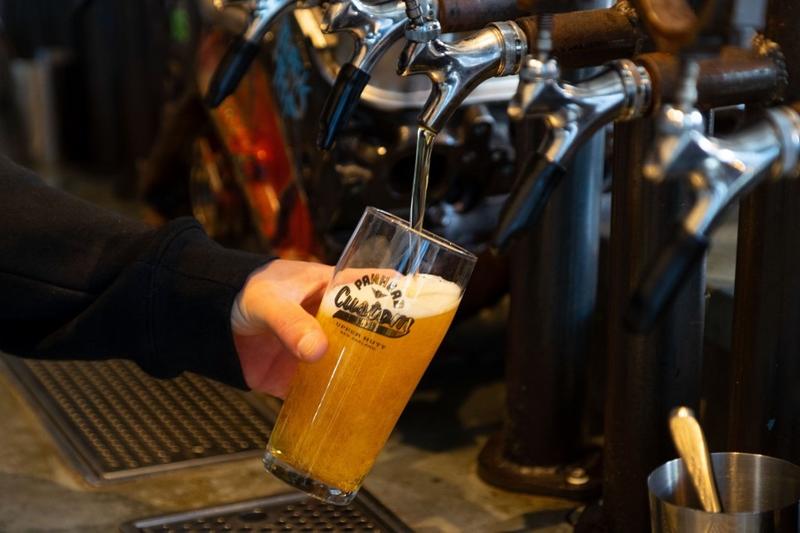 A bartender pours a beer on the first day of re-opening after establishments were shut for two months due to the COVID-19 coronavirus outbreak in Wellington on May 21, 2020. (MARTY MELVILLE / AFP)

Nasima Sultana, a senior health ministry official, told an online media briefing in Dhaka that "1,541 new COVID-19 positive cases and 22 deaths were reported in the last 24 hours across Bangladesh."

She said the number of confirmed infections in the country totaled 38,292.

As many as 170 new deaths and 6,387 fresh COVID-19 cases were reported during the past 24 hours, showed the ministry's data.

Indonesia will step up coronavirus testing and isolation of suspected patients in East Java, home to the nation’s second-largest city and a major industrial hub that’s emerged as a new virus hot spot.

President Joko Widodo ordered troops and police to assist local authorities in bolstering efforts to contain a spike in cases in East Java, a province with a population of almost 40 million.

Jokowi, as the president is known, also called on ministers to focus on flattening the virus curve in other regions reporting high rates of new infections.

The COVID-19 cases in Indonesia rose by 686 within one day to 23,851, with the death toll adding by 55 to 1,473, Achmad Yurianto, a health ministry official, said at a press conference here on Wednesday.

The Iraqi health ministry on Tuesday recorded 216 new cases of COVID-19, bringing the total number of infections to 4,848 in the country.

The new cases were 168 in the capital Baghdad, nine in Nineveh, eight in each of Babil and Erbil, six in Karbala, five in Najaf, three in Basra and Wasit each, two in Salahudin and Diyala each and one in Diwaniyah and Dhi Qar each, the ministry said in a statement.

Meanwhile, six patients died from the coronavirus during the day, five of them in Baghdad's hospitals and one in Diyala, bringing the death toll in the country to 169, while 2,852 have recovered so far. 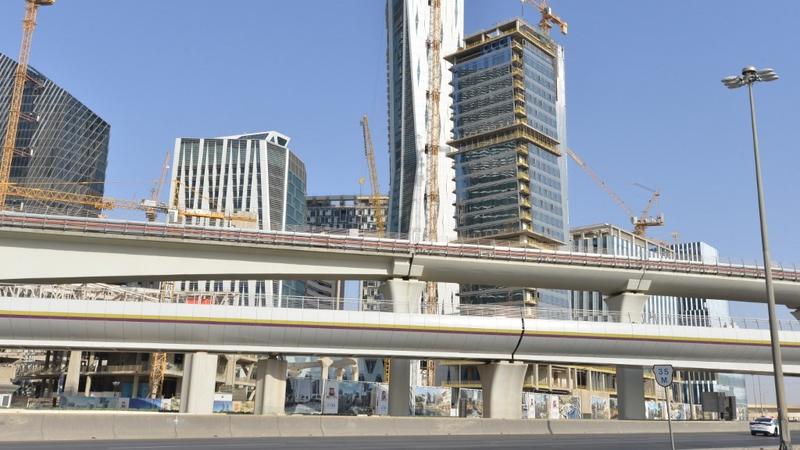 This picture taken May 24, 2020 shows a view of an empty main road in the Saudi capital Riyadh. (FAYEZ NURELDINE / AFP)

The Israeli Ministry of Health reported 23 new COVID-19 cases on Tuesday, bringing the total number in Israel to 16,757.

This is the highest single-day rise in the COVID-19 cases since May 18, when 26 new cases were detected in Israel.

No new death from the novel coronavirus was reported as the death toll remained at 281, while the number of patients in serious condition decreased from 41 to 37, out of 117 patients currently hospitalized.

A Jordanian health official said on Tuesday that the COVID-19 epidemic situation in Jordan allows for reopening more economic sectors.

In a statement obtained by Xinhua, Natheer Obeidat, head of the National Anti-Pandemic Committee, also warned of the possible increase in coronavirus cases as the public sector has resumed its work and several industries have been allowed to operate at full capacity.

Earlier in the day, Jordan's health ministry reported seven new coronavirus cases in the kingdom, raising the overall number to 718.

Kuwait reported 608 new COVID-19 cases and seven more deaths, raising the tally of infections to 22,575 and the death toll to 172.

Deputy Health Minister Nurbolot Usenbaev said that among the newly infected, 12 are medical workers, raising the total number of infected medical workers to 299, including 243 recoveries.

Lebanon's number of COVID-19 infections increased on Tuesday by 21 cases to 1,140 while the death toll remained at 26.

The Lebanese interior ministry issued a decision imposing a fine of 50,000 Lebanese pounds (US$33) on citizens who do not use masks during their daily transportation. 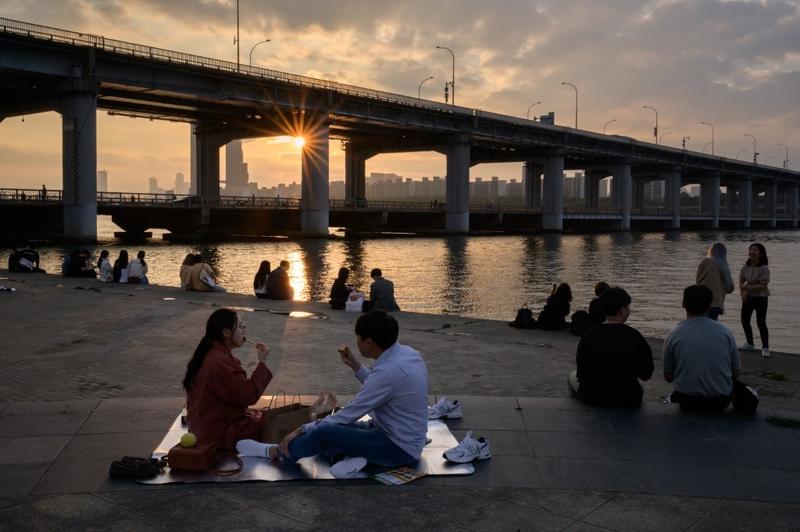 "A total of 248 tests for COVID-19 were conducted at three laboratories in the country yesterday and seven of them were positive," Dulmaa Nyamkhuu, head of the center, said at a press conference.

New Zealand Prime Minister Jacinda Ardern said on Wednesday a draft blueprint on safely starting travel between New Zealand and Australia will be presented to both governments in early June.

The neighbours have been discussing the possibility of a travel bubble between them as both have slowed the spread of the novel coronavirus to levels well below those in United States, Britain and some other European countries.

Ardern said she spoke to Australian Prime Minister Scott Morrison on Tuesday and there was enthusiasm for travel to resume on both sides.

The Omani health ministry announced on Tuesday 348 new confirmed cases of COVID-19, bringing the total number in the country to 8,118.

According to a statement issued by the ministry, all new cases, including 171 Omanis, are related to community contact.

The Foreign Ministry of Pakistan said on Tuesday that another group of 176 Pakistanis stranded in India due to the COVID-19 lockdown will return home on Wednesday.

In Palestine, life in the West Bank returned to normal after the Palestinian government lifted most of the precautionary measures against the coronavirus pandemic.

In the Palestinian enclave of the Gaza Strip, the Hamas-run ministry of health reported three new cases of COVID-19, taking the total cases in the area to 58.

South Korea reported the highest daily number of new coronavirus cases in 49 days on Wednesday, as one of the country’s largest e-commerce companies battled an outbreak linked to a now-shuttered logistics facility.

Two children who are the first suspected cases in South Korea of a rare, life-threatening syndrome linked with the new coronavirus, are recovering following treatment, health authorities said on Wednesday.

The Korea Centers for Disease Control and Prevention (KCDC) reported 40 new cases as of midnight Tuesday, bringing the country’s total number to 11,265. A day earlier the country recorded 19 new cases. 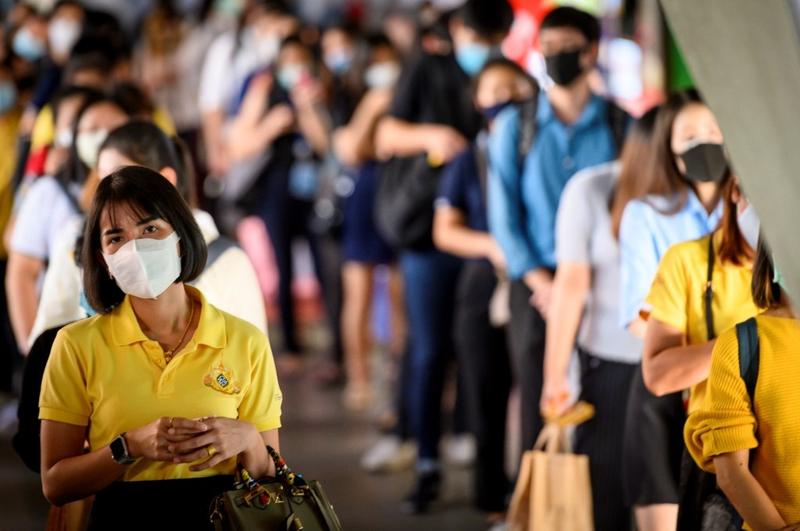 Commuters stand in line to enter a train station already filled to capacity for social distancing rules at rush hour in Bangkok on May 25, 2020. (MLADEN ANTONOV / AFP)

Thailand reported nine new coronavirus cases, all of them in state quarantine after returning from the US, Qatar and Saudi Arabia, according to Taweesilp Witsanuyotin, a spokesman for the COVID-19 center.

The new infections came before Thailand’s National Security Council will consider details of a third stage of easing its lockdown later Wednesday, include shortening a curfew and allowing inter-provincial travel, Somsak Rungsita, secretary-general of the council, told reporters in Bangkok. The government is scheduled to start the third stage of easing from June 1.

Police in the Philippine capital did a try run on Tuesday of measures to enforce social distancing on public transport and control the spread of coronavirus, a tricky task in a densely populated city known for its commuting chaos.

More than 500 police trainees in Manila posed as rail passengers in an exercise to manage hundreds of thousands of people once public transportation eventually resumes, having being closed for nearly 11 weeks.

Cadets in jeans, white T-shirts and face visors marched up the stairs of a light rail transit (LRT) station before joining orderly queues to platforms and filing slowly into spacious train carriages.

In a bulletin, the ministry said total deaths have reached 904, while confirmed cases have risen to 15,049. It said 94 more patients have recovered, bringing total recoveries to 3,506.

Turkey on Tuesday confirmed 948 new COVID-19 cases and 28 more deaths in the past 24 hours.

The total number of confirmed COVID-19 cases in Turkey has risen to 158,762, while the death toll surged to 4,397, Turkish Health Minister Fahrettin Koca tweeted.

Meanwhile, 1,492 patients recovered from the disease in the last 24 hours, raising the total recoveries in the country to 121,507, Koca said.

Turkey's biggest city Istanbul on Tuesday disinfected mosques to make them ready for reopening on Friday as part of the government's normalization process amid a slowdown in the COVID-19 pandemic.

The total recoveries from the disease in the UAE rose to 15,982 after 325 more patients recovered, and the death roll climbed to 253 after five more fatalities were added.

The total number of COVID-19 cases in the Yemeni provinces controlled by the government increased to 249 after 16 new cases were confirmed on Tuesday.

The Yemeni Health Ministry said in a statement that five more deaths from the novel coronavirus were registered, bringing the death toll in the government-controlled provinces to 49.