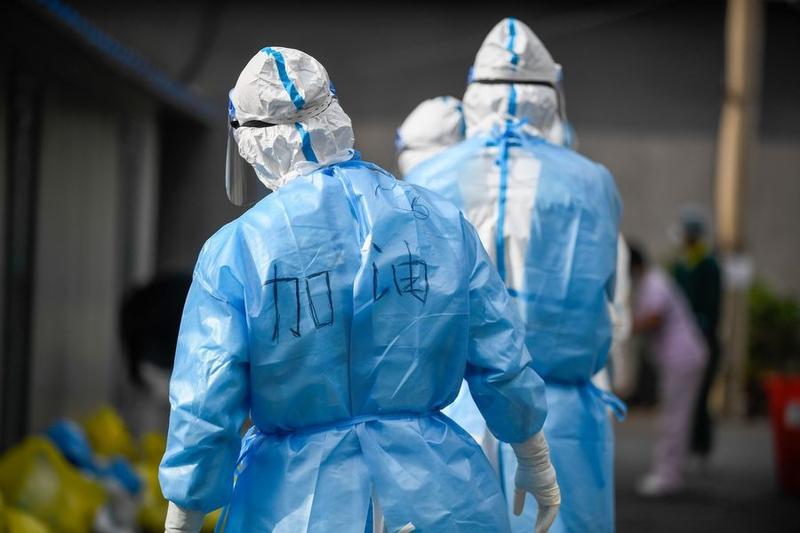 China has been upholding the principles of openness, transparency and responsibility, and took the initiative to release the information at earliest possible time.

"China has been upholding the principles of openness, transparency and responsibility, and took the initiative to release the information at earliest possible time," said Huang Luqi, a member of the Chinese People's Political Consultative Conference (CPPCC) National Committee.

Huang cited a detailed timeline chronicling China's response to COVID-19 from Dec 27, 2019, when three cases of pneumonia of unknown cause were reported by a doctor in Wuhan, followed by the Wuhan health authority's notice to the public on Dec 31 and China's report to the World Health Organization (WHO) on the same day.

"The accusations from the United States are completely groundless," said Huang, president of the China Academy of Chinese Medical Sciences, who led a medical team to Wuhan on Jan 25 and joined the fight against the epidemic.

Kong Quan, deputy head of the Committee of Foreign Affairs of the CPPCC National Committee, said a very small number of US politicians turned a blind eye to global joint anti-epidemic efforts, shunned international exchanges, dialogue or cooperation, smeared other countries' achievements in epidemic control, and even slandered the WHO that has played the role of coordination and guidance in the global COVID-19 fight.

Li Baodong, also deputy head of the Committee of Foreign Affairs of the CPPCC National Committee, dismissed the fallacy that "China is controlling the WHO," a rhetoric that has been repeated by US politicians.

The WHO has 180 US staffers but only 35 Chinese. In the 21-member WHO leadership team, only one is from China but 11 others are from the United States, European Union, Canada and Australia.

"Judging from the personnel numbers, how can one say the WHO is being controlled by China?" Li asked. "This is a total distortion of facts."

Hu Yu, president of the Union Hospital in Wuhan, fired back at the claim that the novel coronavirus was "made in Wuhan." "The place where an outbreak is first reported is not necessarily the place where the virus originates."

The doctor said that identifying the source of the virus is a serious question of science, and the right answer can only be given by scientists and medical experts on the basis of evidence.

READ MORE: Accusations against China over virus are totally baseless

Liu Hongcai, deputy head of the Committee of Foreign Affairs of the CPPCC National Committee, said both Chinese and American people are the victims of the epidemic, which is a natural disaster. "The coronavirus has nothing to do with political systems or ideologies."

Liu said China's epidemic response, which has achieved major outcomes in a short time, has won support from across the country and recognition around the world.

"Shifting the blame will not solve any problem, neither will it save lives," Liu said. "Concentrating more efforts on international cooperation proves to be the way to defeat the virus."