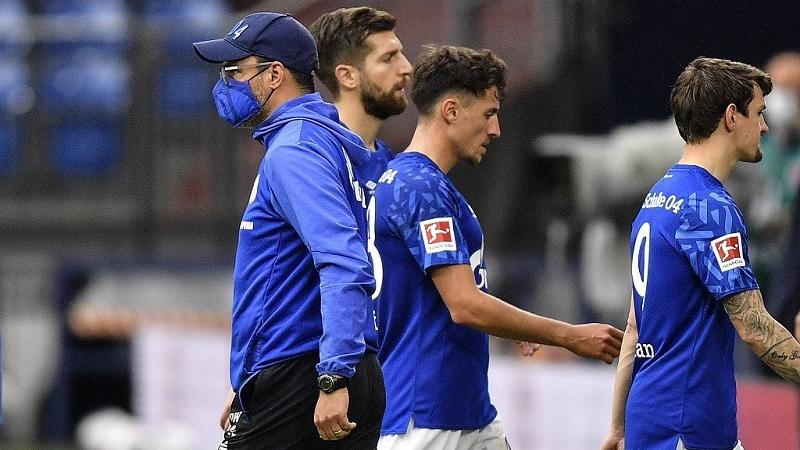 BERLIN - Schalke 04 slumped to a shock 3-0 home defeat by relegation-threatened Augsburg on Sunday, their fourth defeat in five games dropping them to eighth place in the Bundesliga.

Augsburg’s Eduard Loewen curled in a sensational free kick from 23 metres in the sixth minute and Nigerian winger Noah Sarenren Bazee slotted home in the 76th before Sergio Cordova added the third in stoppage time.

Schalke struggled to launch decent attacks and a first-half chance which fell to Rabbi Matondo was the closest they came to scoring.

We are not dangerous enough and our conversion rate is not good either. Then we also make mistakes that lead to goals. These are all things we need to work on

Despite having 67 percent possession, the Royal Blues managed just two shots on target in the match.

The defeat piled more pressure on coach David Wagner, whose team have scored only two goals in their last nine games.

“We are not dangerous enough and our conversion rate is not good either,” Wagner said. “Then we also make mistakes that lead to goals. These are all things we need to work on.

“It is also a mental thing and the current situation does not go past the boys without leaving a trace.

“Now it is about supporting the boys so they can play football again with more confidence.”

The Bundesliga became the first major sports league to resume last week, with no fans in attendance, after being suspended for more than two months due to the COVID-19 pandemic.

Schalke, who are now without a win in nine league games, remain on 37 points while Augsburg’s first win after four straight losses lifted them to 12th spot on 30, seven points above the relegation playoff spot.

Bayern Munich lead the standings with 61 points, four ahead of Borussia Dortmund who they face on Tuesday.