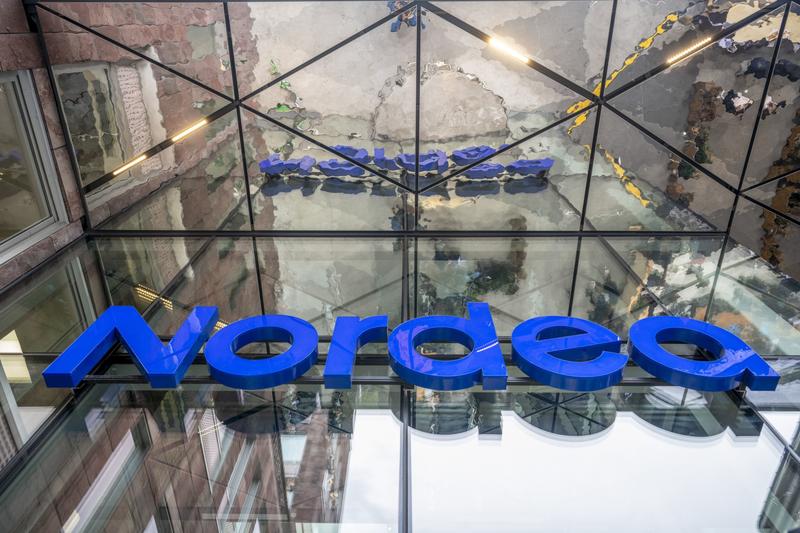 A sign hangs above the entrance to the offices of Nordea Bank Apb in Stockholm, Sweden, on May 24, 2019. Nordea, the largest lender in the Nordic region, has started to use an algorithm to read central bank policy statements. (PHOTO / BLOOMBERG)

The robots advising investors at the biggest Nordic banks just had their best quarter since being switched on.

Much of their sudden popularity has coincided with the crisis triggered by COVID-19. But the banks behind the bots say the development has also laid bare where human financial advisers add no value, and robots do.

At the biggest Nordic bank, Nordea, its robot adviser drew in roughly 40% more users in the wildest weeks of the COVID-19 panic than last year on average. During the same period, human advisers saw little new business, and instead spent the time helping clients rebalance existing portfolios.

At the biggest Nordic bank, Nordea, its robot adviser drew in roughly 40% more users in the wildest weeks of the COVID-19 panic than last year on average

Tanja Eronen, co-head of investment products at Nordea’s wealth unit in Helsinki, says Nordea’s robot adviser, dubbed Nora, played a crucial role in helping the bank through the crisis. It also exposed “an interesting development” in client behavior, she said.

Perhaps unsurprisingly, millennials were happier talking to a robot than to human bankers. Those millennials were then also more likely to go on opportunistic buying sprees than older clients, Eronen said. That’s where Nora did most of her work, guiding investors up to the age of 40, she said.

READ MORE: Smart robot to join the war against coronavirus

Customers aged 60 and older tended to want to dump their holdings in the middle of the selloff. They preferred spending the extra money to have a human adviser hold their hand through the panic, rather than rely on a robot.

For Nordea, having a robot handle younger customers who were often first-time investors proved hugely helpful as the bank tried to deal with the sheer volume of client interest. Experienced advisers were freed to spend more time on investors who needed a more personal touch.

Part of the Wallpaper

Robot bankers were introduced across Scandinavia less than half a decade ago. Mostly named after women, adviser bots are supposed to guide clients through the investment options available to them, based on an assessment of their risk appetite. There are also bots that provide more basic customer services, like simple account management.

Robot bankers were introduced across Scandinavia less than half a decade ago. Mostly named after women, adviser bots are supposed to guide clients through the investment options available to them, based on an assessment of their risk appetite

In the few years they’ve been around, Nordea’s Nora, Danske’s June and SEB’s Aida have all become part of the wallpaper of Nordic banking. Nordea also has Nova, which handles tasks like helping people defer their loan payments. During the COVID crisis, requests for that sort of service have soared.

For Nordea, this is just the beginning, Eronen said. “We are constantly looking to automate functions where humans bring no added value,” she said.

Jacob Hvidberg Falkencrone, a senior analyst in wealth management at Danske and a spokesman for investment robot June, says the three months through March marked “one of the best first quarters in the product’s history.” June delivered a 42% spike in new customers, he said.

Nordea’s data shows that both inflows and outflows grew as stock markets tanked, with investors in Sweden appearing to do more impulsive trades than clients in other Nordic markets.

Eronen says the past few months have changed people’s perceptions toward robots.

“What this crisis does is help us win over clients to digital services,” she said. “Maybe they’ve been reluctant to use them before, and now that they have to, they learn how it’s done and it lowers the threshold for the future.”