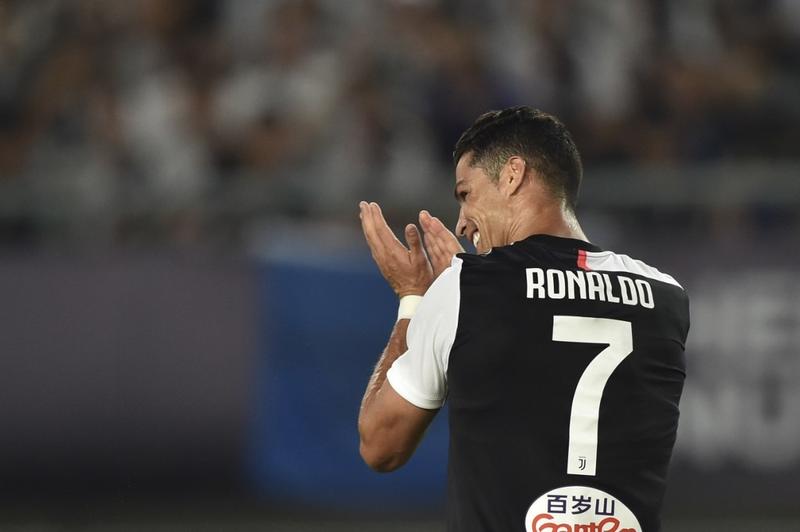 While the coronavirus pandemic has taken a heavy toll on soccer around the world, Italian club Juventus is remarkably emerging from the sport’s shutdown in a stronger position than ever as far as its Chinese fan base is concerned.

With Serie A suspended since early March, Juve’s content and digital teams have been busy keeping soccer-starved fans engaged online, with tailored content for China particularly proving a big hit.

Last month, Juventus saw a 1.2 million increase in its social media followers to take its global total to 98 million — the largest monthly hike ever by a professional soccer club, according to industry analyst Results Sports. Juve also outperformed its rivals on Weibo, adding 98,000 more followers as the biggest growing soccer team on the Chinese platform in April.

“Certainly the pandemic has created an unprecedented problem of not being able to play matches, and this is the first time that our industry has faced something like this, but the bright side of this crisis is that we’ve discovered that the hunger for football has never stopped,” Palomba told China Daily via Zoom.

“So, we have worked hard in the last couple of months, trying to offer our fans interesting content. We’ve really pushed hard on the digital and media side. We have developed over 20 original formats — 10 of these are dedicated to China alone, so the content is not just translated or localized, it’s made specifically for our Chinese fans.”

Tapping into its Chinese network of around 40 official fan clubs via an Asia-focused initiative it calls the “J-Squad”, Juve’s most popular tailored Chinese content — an interactive fan event entitled “The China Game Show” — attracted 11.2 million viewers.

Billed as the first such entertainment offering produced for China by a major European soccer club, Palomba claimed the significance of the show’s success goes beyond the page impressions.

“The China Game Show was something quite new. It was the very first time that the football club tried to produce this kind of format,” said Palomba.

“Yes, it was an experiment but it went absolutely above our expectations, both in terms of numbers and also from a qualitative point of view — we have read lots of enthusiastic comments from our fans.

“I think that the most important thing about the China Game Show was putting local fans at the center of the contest. So, they were the stars. Normally the stars in our industry are the players, but in this case, we focused the attention of the audience on our fans. And they had, for 90 minutes like a football game, all the spotlight on them.”

Fans that were recruited for the game show belonged to either an official fan club or the J-Squad, Palomba said, adding that the atmosphere on the show — established to strengthen Juventus’ relationship with its supporters — was very genuine and sincere.

Palomba admitted that an appearance by the likes of Cristiano Ronaldo, Paulo Dybala or another of Juve’s stars “was the only thing missing in the first episode” and that the club is keen to involve players in the future.

China’s Juve connection can be traced back to the 1990s when Serie A first appeared on television to introduce fans to greats such as Alessandro Del Piero, Zinedine Zidane and Pavel Nedved.

“So many fans know our history, our victories, they know the great champions who played for Juventus over the years, so we have been able to create a large fan base in China,” said Palomba.

“And … based on the data from (market research company) Nielsen, we have more than 64 million fans here. The Italian population is about 60 million, so for us these are big numbers.

With China stepping in to help Italy’s COVID-19 fight, those ties have taken on an added poignancy in recent months.

“In Italy, starting with myself, many people are very grateful to China for all the aid that they sent during the outbreak — first of all, the Chinese government but also a lot of Chinese companies really helped in the last couple of months,” said Palomba.

“They sent doctors and a lot of medical equipment as relief aid. Of course, football, sports and the passion for Juventus is an element that has united us even more.”

Palomba recalled one particular post on social media that especially resonated with Juventus.

“There was an image of a nurse in Wuhan who had drawn our logo on her medical gown and we thought, ‘Wow, this is incredible,’” he said. “Because we are all aware of the effort and stress these medical workers were under during the outbreak and for whatever reason this nurse thought that maybe it gave her some, I don’t know, some relief or distraction. So, to show her Juve affiliation was really touching.

“Also, through our official fan clubs we felt a lot of sympathy and support for what we were going through in Italy. This goes beyond football.”

Now, with light at the end of the tunnel as far as the virus is concerned, plans are afoot for professional soccer to return in both countries. Beyond this season, Juve is even looking forward to when its first team might return to China.

Last July, the 35-time Italian champion thrilled a packed Olympic Sports Center in Nanjing by beating Inter Milan on penalties, and Palomba said of a possible reprisal of that visit: “Last year’s match was amazing, it was like an official game.

“I’ve traveled with the team for many years all over the world, but this was kind of unique. It was very, very hot, but the players felt this atmosphere and they played hard.

“We know that the best thing we can do is bring the team over here. At the moment, it’s very difficult to make plans but we definitely want to return.”