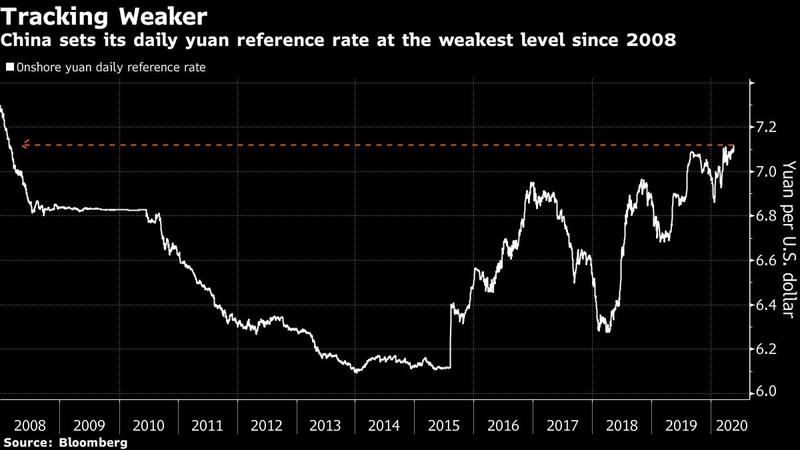 SHANGHAI - China set its daily yuan reference rate at the weakest level since 2008 after the currency hit a seven-month low in onshore trading Friday.

The fixing limits the onshore yuan’s moves to 2 percent in either direction.

While Monday’s fixing was roughly in line with expectations, it was with “marginal downward bias,” said Trang Thuy Le, macro-strategy analyst at Macquarie Bank Ltd. in Hong Kong. She added the PBOC “thinks it can manage depreciation pressure as long as there are no big, disorderly moves.”

China’s central bank will be keeping a close eye on whether the yuan will test 7.2 against the dollar soon, said Zhou Hao, an economist at Commerzbank AG in Singapore.

The onshore yuan was 0.1 percent weaker Monday from Friday’s close in Shanghai of 7.131. The daily fixing is calculated with formulas that take into account factors such as the previous trading day’s official close at 4:30 pm, the yuan’s move against a basket of currencies and moves of other major exchange rates.