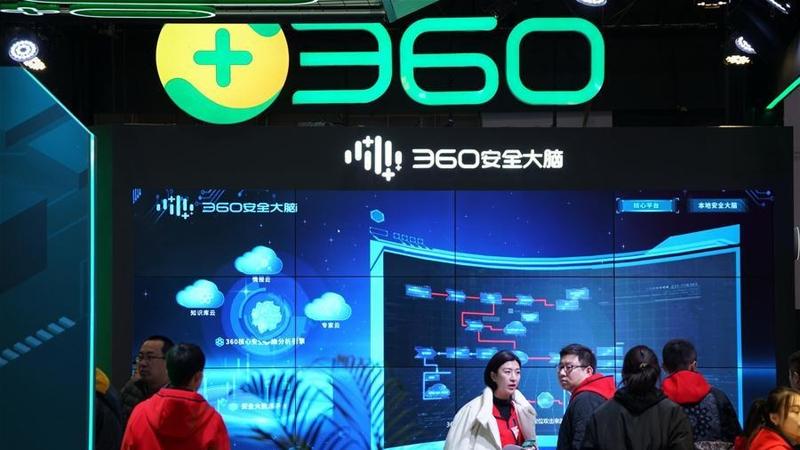 The US government's decision to add 33 Chinese technology companies and institutions to its "Entity List" will hurt the interests of the suppliers in the United States and impede international technology cooperation, especially with the novel coronavirus pandemic triggering a global economic downturn, experts said.

The US Department of Commerce placed the companies and institutions, including cybersecurity company Qihoo 360 Technology, artificial intelligence startup Cloud-Walk Technology and Beijing Computational Science Research Center, on a list barring them from buying components from US companies without government approval.

Qihoo 360 said in a statement that it firmly opposed the decision and the US Department of Commerce's politicization of business activities and technology research and development.

The company said the US government's sanction, which attempts to weaken China's cybersecurity defense capabilities, will only benefit organizations involved in attacking computer systems and have a negative impact on global cybersecurity.

"Although being added to the Entity List will cause some problems for our business, it won't have a significant influence on our daily operations, nor will it interrupt our commitment to providing security protection for customers," the statement reads.

Raymond Wang, a partner at consultancy Roland Berger, said the move shows that the US government is introducing a wider attack on Chinese technology companies and institutions, which may lead to the decoupling of Chinese and US technologies.

"On one hand, China is the biggest market for US technology providers; on the other hand, China also has leading technologies that the US needs. So decoupling does no good to the two countries, as well as the rest of the world, especially against the backdrop of the battle against the COVID-19 outbreak and economic recovery," Wang said.

Only cooperation and competition in a fair market can bring the best to the people of the world, he said, adding that Chinese companies need to switch to other backup suppliers.

CloudWalk Technology, which is engaged in computer vision and facial recognition technology, said in a reply that it feels regret for the decision and has taken backup steps to respond to such a ban. The company emphasized that it conducts commercial activities on the basis of strictly abiding by the laws and regulations of relevant countries and regions.

On one hand, China is the biggest market for US technology providers; on the other hand, China also has leading technologies that the US needs. So decoupling does no good to the two countries ...

"We formulate and implement strict ethical standards for the use of AI technologies and provide services to customers based on our self-developed technology and products with independent intellectual property rights to propel the healthy development of AI," the company said.

Xiang Ligang, director-general of the Information Consumption Alliance, a telecom industry association, said that although the move will have an adverse effect on Chinese tech companies in the short term, the restriction also hurts the interests of US suppliers.

The blacklisted companies mainly focus on AI and the facial recognition sector that US chip companies such as Nvidia Corp and Intel Corp have been heavily investing in. "It will be the US semiconductor companies that will suffer the greater impact from the ban," Xiang said.

Meanwhile, the restrictions will further expedite Chinese high-tech companies' push to strengthen their own technological innovation and R&D capacities, Xiang said, adding that Chinese enterprises should gear up to master core technologies.

Last week, the US Department of Commerce issued new rules that could block Huawei and its suppliers from using US technologies to design and manufacture semiconductors.