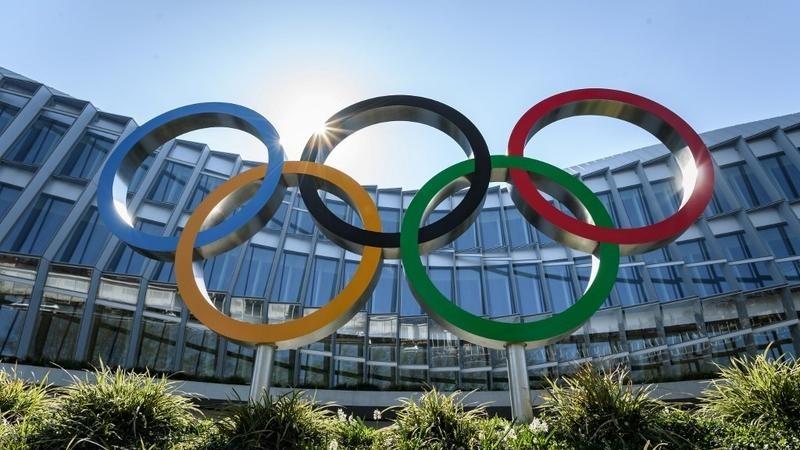 In this March 24, 2020 photo, Olympic Rings are seen a the headquarters of the International Olympic Committee (IOC) in Lausanne amid the spread of the COVID-19. (Fabrice COFFRINI / AFP)

BEIJING — There is no blueprint for the postponement of the Tokyo Olympic Games but the International Olympic Committee (IOC) expects a "marvelous Games" next summer, according to IOC spokesperson.

There is no blueprint for postponement, but the IOC is very confident that all the complex parts will come together and give us a marvellous Games an IOC spokesperson

"There is no blueprint for postponement, but the IOC is very confident that all the complex parts will come together and give us a marvelous Games," an IOC spokesperson told Xinhua via e-mail on Friday.

IOC President Thomas Bach said in an interview with the BBC on Wednesday that the Tokyo Olympics will be canceled if it is not possible to hold it in 2021. His remarks were denied by Tokyo 2020 CEO Toshiro Muto who emphasized a "common understanding" by the two sides the following day.

ALSO READ: IOC chief: Tokyo Olympics would be canceled if not held in 2021

Asked if the IOC and the local organizers have reached consent on this issue, the spokesperson responded: "Our Japanese partners and the Prime Minister made it very clear that Japan could not manage a postponement beyond next summer at the latest."

"It is a mammoth undertaking, both for the Organizing Committee and the country as a whole," the spokesperson continued. "First of all, you need to secure the availability of the Olympic Village, since that is at the heart of the Games. The same applies to all the sports venues. Thousands of people will need to carry on working. All the partners, sponsors and regional and local governments need to pull together. Postponement will involve restrictions and compromises on the part of everyone involved."

READ MORE: IOC and WHO sign deal to promote health through sport

On Friday, Tokyo 2020 spokesman Masa Takaya told Xinhua the Olympic Games organizers and the International Olympic Committee are "in close collaboration" in a bid to host the postponed Olympic Games.