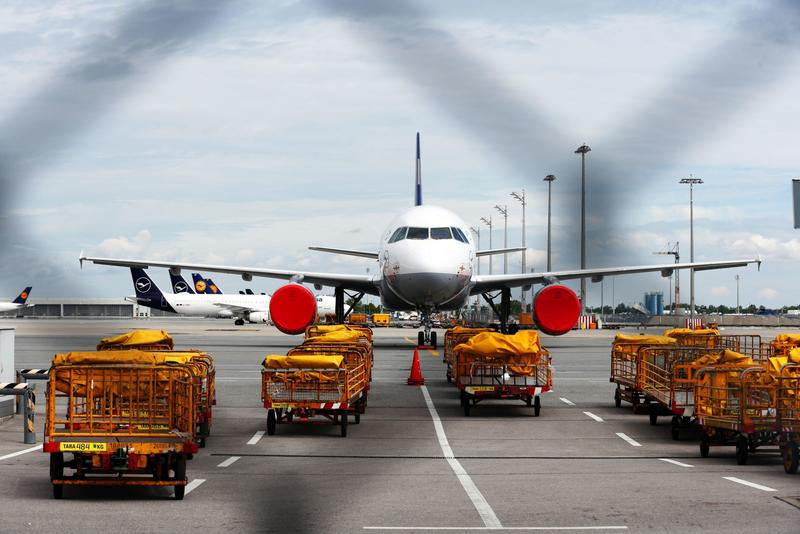 Protective covers sit on the engines of a grounded Deutsche Lufthansa AG passenger aircraft, near loading trolleys on the tarmac at Munich Airport in Munich, Germany, on May 4, 2020. (MICHAELA HANDREK-REHLE / BLOOMBERG)

Planes are flying again on a handful of international routes, creating a possible path to recovery for a battered industry. But with Covid-19 still spreading, aspiring passengers will have to navigate a patchy network that might include virus tests and weeks-long quarantine.

This month, China and South Korea opened a tightly controlled travel corridor between Seoul and 10 Chinese regions, including Shanghai. Estonia, Latvia and Lithuania lifted travel restrictions between the three Baltic states on May 15. Australia and New Zealand are also working to resume flights between the two countries.

The unique accords have emerged as templates for airlines that have been pushed to the brink by the industry’s worst-ever crisis and for countries desperate to salvage some tourism as the world enters a deep recession. But they also highlight the biggest challenge to re-establishing international travel: there’s little agreement on what kind of protections could limit the risk of spreading Covid-19 across borders.

Lifting quarantine requirements and reopening borders is fraught with risk. Returning passengers from hotspots like Iran, New York and Italy have already sparked fresh rounds of infection in countries that had seemingly flattened the curve, including China and Australia. The fact that people with no obvious symptoms can still be contagious only complicates matters, and given how easily the virus spreads and the difficulties of social distancing during travel, each reopened route could spark new waves of infections.

Airlines and airports worldwide are clamoring for a coordinated approach; A United Nations agency that sets the rules for the industry, the International Civil Aviation Organization, plans to deliver global guidelines by the end of May. They “will have to be flexible, adaptable and potentially reversible,” said Philippe Bertoux, chairman of the Covid-19 Aviation Recovery Task Force at ICAO. 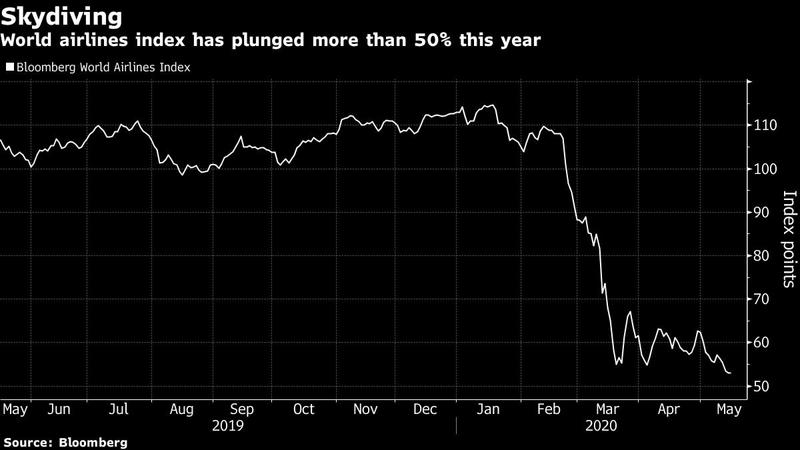 Until it reopened its border to Korea, China had banned almost all foreigners from entering since late March. Before Korean travelers can fly there, they have to jump through a lot of hoops. Conditions of entry include two weeks of screening and a virus test at home, a two-day quarantine in China, and then another blood test.

It doesn’t seem to be putting people off. A representative for the Korea International Trade Association said it’s taking about 300 calls a day from local companies interested in the fast-track program. Korea Shipbuilding & Offshore Engineering Co, the world’s biggest shipbuilder, said it’s among the applicants.

Korean Air Lines Co. sold out its weekly flight from Seoul to the northeast Chinese city of Shenyang -- a Boeing Co. 777 with more than 330 seats -- and plans to resume flights next month to more destinations in China, including Shanghai, Beijing and Qingdao. Chinese authorities have recommended planes leave at least 25 percent of seats empty to allow space between passengers. 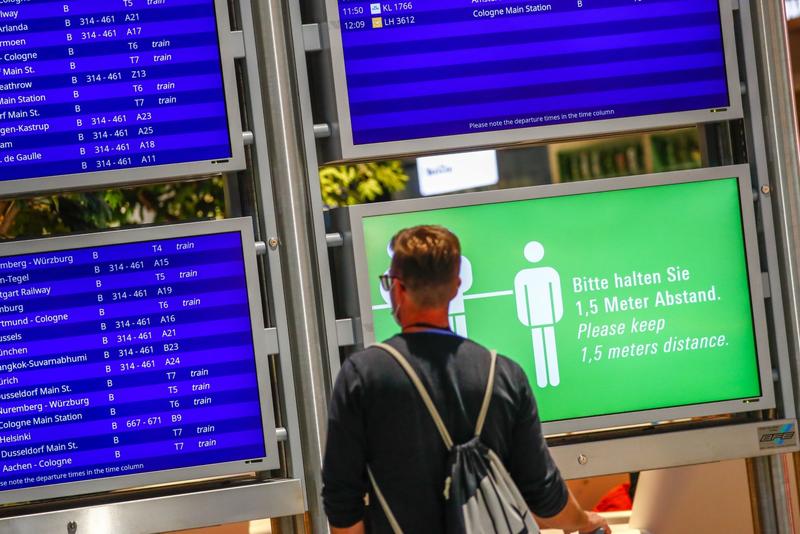 As of now, there’s no agreed-upon benchmark infection rate or minimum health requirement to determine when a country can safely open its skies or when it must shut down. So individual jurisdictions are going out on their own.

Australia and New Zealand began planning this month for a Covid 19-safe travel zone, though “there is still a lot of work to be done” before travel can resume, New Zealand Prime Minister Jacinda Ardern said on May 5. Separated by a three-hour flight, the two are logical teammates. They’ve also largely suppressed their outbreaks and have begun to exit lockdowns.

“There has to be a lot of trust between the countries and a lot of trust in their data-reporting systems, so it’s not going to work for every country,” said Emma McBryde, professor of infectious disease and epidemiology at James Cook University in Queensland. “You need to be sure that each of the countries has very low, or similar levels of Covid-19.”

Europe is also an obvious candidate to establish regional guidelines for international travel. To help countries gradually lift travel restrictions, the European Commission earlier this month released a package of guidelines, including social distancing “where feasible” and wearing face masks in transport hubs. 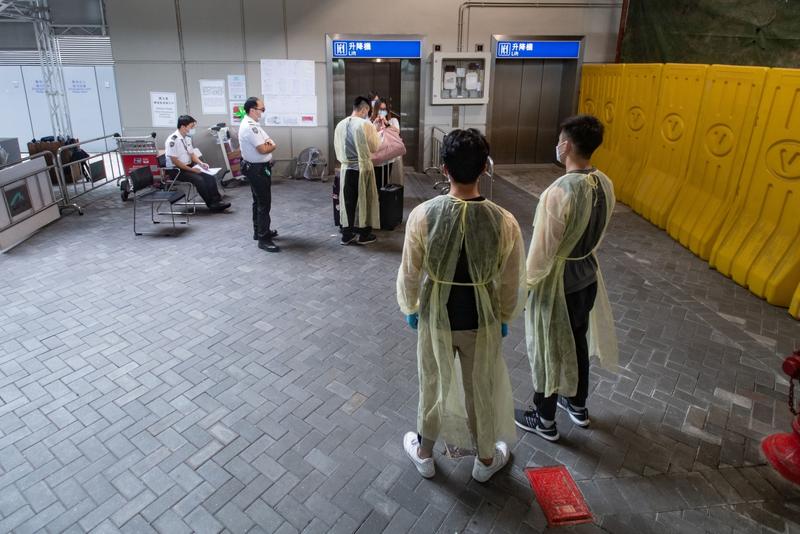 Workers wearing personal protective equipment assist arriving passengers to board a bus to a coronavirus testing facility in Hong Kong, on May 14, 2020. (PHOTO / BLOOMBERG)

What happens when passengers arrive is another concern. China and Korea have isolation and testing requirements for travelers. The UK and Spain have said they’ll impose 14-day quarantines on most air travelers.

The airline industry says that will kill demand. The International Air Transport Association, which represents almost 300 carriers, found in an April survey that 69 percent of recent travelers wouldn’t fly if it involved a 14-day quarantine.

Any solution “must give passengers confidence to travel safely and without undue hassle,” IATA Director General and Chief Executive Officer Alexandre de Juniac said last week. “And it must give governments confidence that they are protected from importing the virus.”

ALSO READ: Australia, New Zealand work to open borders to each other

The risk of catching the coronavirus on a plane is low, IATA argues, but on May 5 it recommended a suite of steps to protect passengers and crew from infection. The measures include temperature checks at the airport and, as in the European Commission’s guidelines, face masks on the plane. More restrictive proposals include limiting movement inside the cabin, scaling back food and drink services and reducing human interaction throughout the journey. 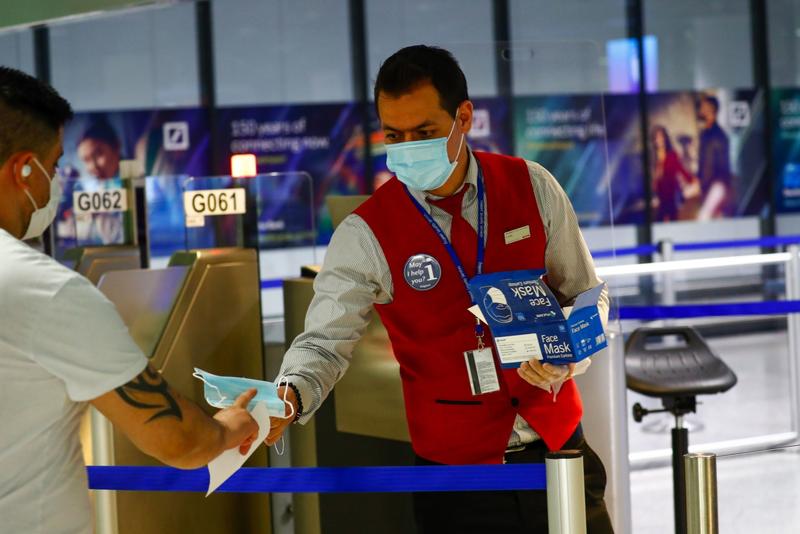 An employee hands out free protective face masks in the boarding pass check-in area at Frankfurt Airport, on May 12, 2020. (PHOTO / BLOOMBERG)

Budget carrier Ryanair Holdings Plc has said it won’t allow passengers to queue for the toilet on its flights.

As it is, the bulk of the world’s aircraft remain grounded and most overseas travel is on hold until the northern hemisphere’s late summer -- at the earliest. Australia’s Qantas Airways Ltd. has scrapped long-haul international services until the end of July and says further delays are likely. Ryanair has said it might resume as many as 70 percent of its flights in August.

In the long run, the regional corridors and bilateral cooperation “could be a very good model to see the international market opening up,” Qantas Chief Executive Officer Alan Joyce said.

It could also set precedent for the industry. “If we do have another virus come up, the ability to deal with it, control it and drive that recovery process should be more efficient,” said Calvin Wong, an analyst at JPMorgan Chase & Co. in Hong Kong who tracks the region’s airlines.