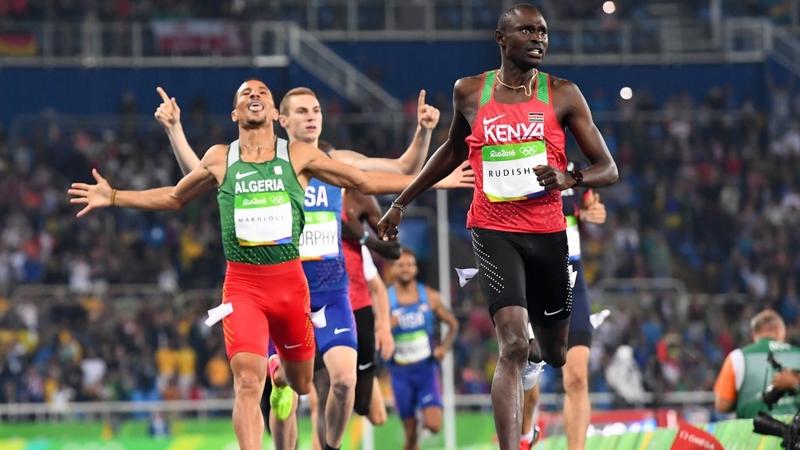 Kenya's David Lekuta Rudisha (R) reacts as he crosses the finish line to win the Men's 800m Final during the athletics event at the Rio 2016 Olympic Games at the Olympic Stadium in Rio de Janeiro on Aug 15, 2016. (OLIVIER MORIN / AFP)

NAIROBI - Sports Management agent Michel Boeting has warned athletes to prepare for the situation to get even worse as the COVID-19 pandemic continues to wreck the sports world.

Boeting, a Dutchman who runs a management firm that represents several African athletes, including Olympic 800m champion David Rudisha, has warned that the return of normalcy in athletics and many other sports will be delayed until 2021. He does, however, expect some competitions to resume in late 2020.

Most athletes depend on shoe contracts, appearance fees, prize money, and product and service endorsements to earn their living.

Nobody knows what will happen. Many contracts and sponsorship deals are in limbo. So some athletes will be in a very difficult position

The majority will see their contracts run out at the end of this season in September, yet renewal is dependent on their performances, which has been impossible to gauge in 2020.

"Nobody knows what will happen. Many contracts and sponsorship deals are in limbo. So some athletes will be in a very difficult position," Boeting warned on Sunday.

"If you don't run races, there is no chance for bonuses, appearance fees, prize money. That will be a big burden for many athletes and their families who depend on them," Boeting added.

Speaking in Nairobi, Rudisha said the postponement of sports and the Olympics may be a blessing in disguise for some athletes, especially those who were returning from maternity and injuries as they will have more time to return to fitness.

"To me, it is a blessing because I can now turn up my training hoping to be ready for the Tokyo Olympic Games," said Rudisha.

But it is economically draining athletes with no events held.

"More continue to see their livelihood crashed. No races means no money. It will be hard for athletes to train and there is no competition. Foreign travel is limited and nobody is organizing any competition. The athletes need help," said Korir.

AK president Jack Tuwei, who serves on the country's Sports Fund board, said the government will provide stipends and stimulus packages to athletes to help them survive the current situation.