Philippines sends nurses around the world but lacks them at home 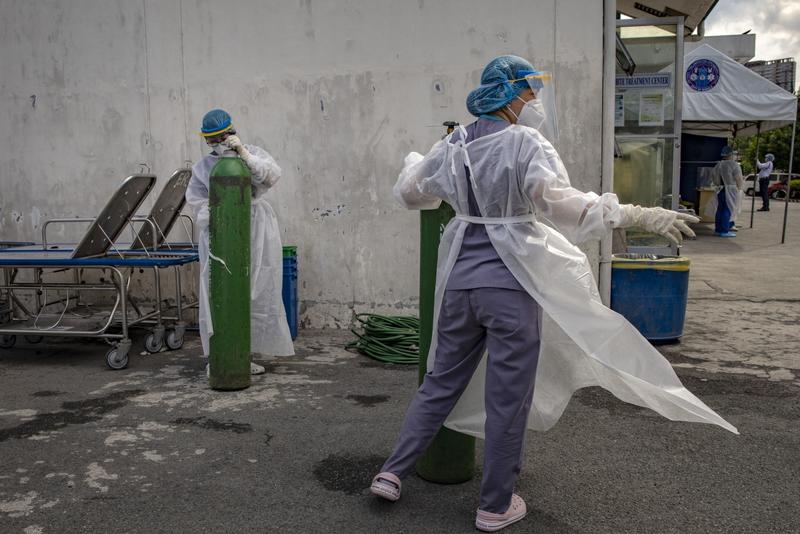 The Philippines is known for training nurses and exporting them to all corners of the world, but now the nation finds itself shorthanded just as its number of coronavirus infections and deaths skyrocket.

The islands’ death toll from Covid-19 has surged nearly fivefold since April 1 to 462, and the confirmed cases have tripled to 6,981. That’s despite President Rodrigo Duterte imposing a lockdown on the main island of Luzon until at least April 30.

With more Filipinos becoming sick, the consequences of a medical brain drain are weighing on the health-care industry. There is an estimated shortage of 23,000 nurses nationwide, according to the Private Hospitals Association of the Philippines Inc. The situation is so severe that most Filipinos die without even seeing a medical professional, a lawmaker said. Meanwhile, about 150,000 Filipino nurses currently work in the US alone. 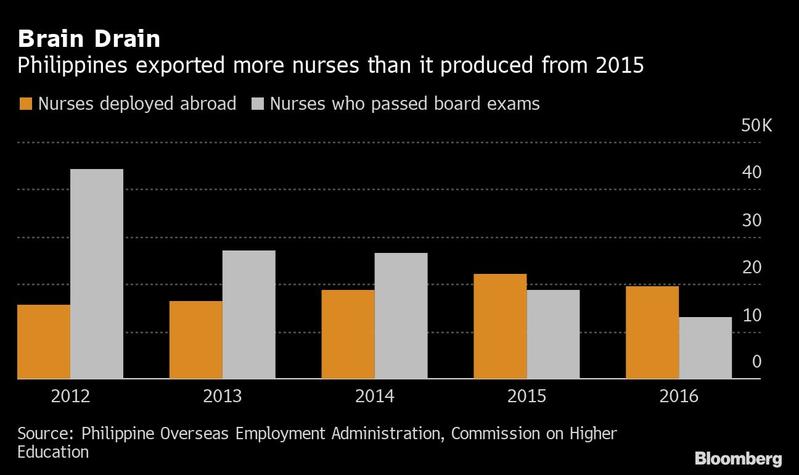 ALSO READ: Philippines extends lockdown of Manila to May 15

“It’s always on my mind: the fact that my daughter is a nurse in a foreign land in this time of pandemic when my own countrymen are just as, if not more, needful of her services,” said Gemma Borilla, 55, of Bulacan province, north of Manila. Her 32-year-old daughter works in Saudi Arabia.

The Philippines produced an annual average of about 26,000 licensed nurses from 2012 to 2016, while about 18,500 moved abroad each year during the same period, according to government data.

On April 2, the Philippines barred the overseas deployment of health workers to put more boots on the ground in the fight against coronavirus. But after pushback led by the country’s top diplomat, the government eased the ban so those workers with existing contracts could leave.

Better pay and working conditions are the main reason why nurses and doctors continue to leave. In January, Duterte signed a law raising salaries for all government workers -- including nurses -- annually until 2023.

The Health Department started an emergency hiring program for public and private facilities designated to handle Covid-19 cases. Among other things, it promises a 20 percent premium over basic salaries set by the government, hospitalization benefits, room and board, and even a payout of 1 million pesos (US$19,734) in the event of death.

In the meantime, some hospitals are trying to compensate for the shortage by asking nurses to work longer shifts and by hiring nursing-school graduates as orderlies and caregivers while they wait to take their licensing exams, said Rustico Jimenez, president of the association of about 900 private hospitals.

However, those solutions may only exacerbate the conditions of low pay, long hours and limited benefits that prompt nurses to go abroad in the first place, said Leah Paquiz, founder of the non-profit nursing advocacy group Ang Nars Inc.

The Philippines is the second-most populous country in Southeast Asia with about 100 million people. While the ideal nurse-to-patient ratio is 1:12, it can be as high as 1:80 in some regions, Congressman Rommel Rico Angara said in a bill filed last year seeking more funding for nurses. That proposal is pending.

Doctors also are in limited supply in the country. The Philippines has six doctors for every 10,000 people, one of the lowest ratios in Southeast Asia, according to the World Health Organization. Singapore has almost 23.

With these shortages, seven out of 10 Filipinos die without seeing a health care professional, Angara said.

The educational system also can’t keep up with the demand. From the peak of about 128,000 graduates of medical and allied courses in 2009, the number dropped by two-thirds by 2018, according to data from the Commission on Higher Education.

That’s because fewer Filipinos are entering the field after hearing about its downsides. State and major private hospitals can offer starting salaries of about 25,000 pesos (US$493) a month, but in the provinces, pay can be as low as 3,000 to 6,000 pesos, Paquiz said.

A nurse could earn about five times more than the top salary abroad, especially in the US and Saudi Arabia, she said.

Also, nursing graduates in recent years have been forced to pay “training fees” and work without pay in exchange for gaining experience, according to a pending Senate bill seeking to protect nurses.

“I hope the pandemic will finally put pressure on the government to improve work conditions of our health care workers,” Paquiz said. “Our front liners are the new national heroes.”

Juan Mikko Cumbe, 28, from Nueva Ecija province north of Manila, said higher compensation and a lighter workload prompted him to move to Singapore.

Now in his fifth year there, he considers himself lucky to work only eight-hour shifts while his former colleagues back home regularly work 12-hour days. Sometimes they have to endure 24 straight hours of duty when no one else is available to take the next shift, he said.

“If there had been a better opportunity in my home country, I would have stayed put,” Cumbe said. “But there’s none, and at the moment I don’t see myself coming back.”