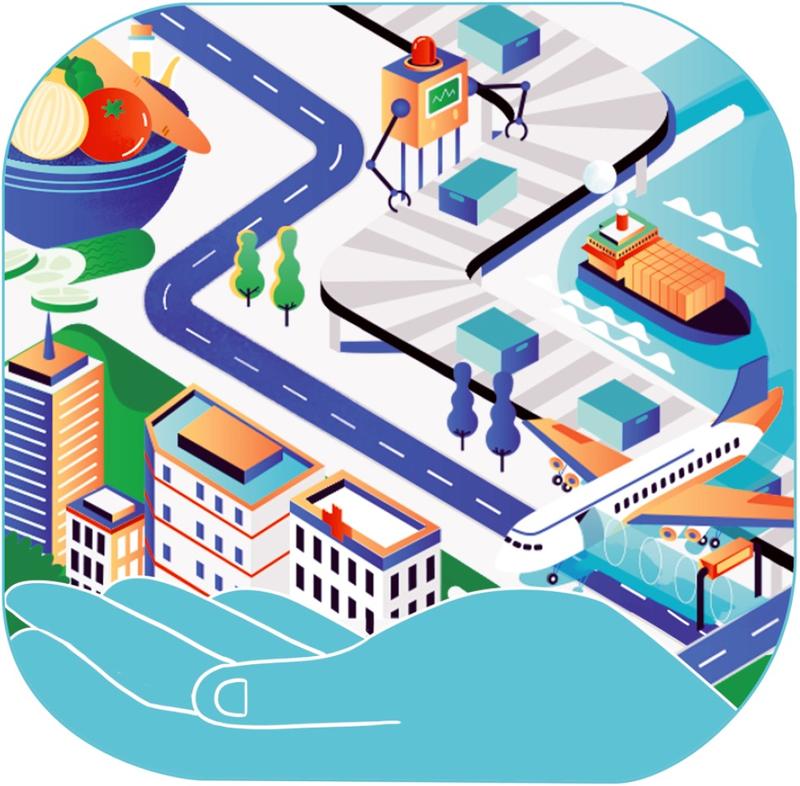 Based on model predictions, early empirical evidence and lessons from previous crises, the answer to "will COVID-19 lead to a food crisis" question is "yes" and "no".

There is no single, global answer; the risk of food crisis depends on the level of economic development. So if you are rich, the answer may well be no, but if you are poor, the answer is more likely to be yes.

The impact of the novel coronavirus pandemic will be disproportionately high on the poor because:

The imminent global economic recession will have larger effects on poor people's income and therefore on their food security and nutrition.

Developing countries will need to prioritize, focusing their responses on health, essential goods and services, the domestic financial circuit in local currency, and the foreign currency market linked to international trade and external debt

The pandemic will cause more disruptions in private sector value chains in poor countries.

The pandemic will cause disruptions in public sector programs on food, nutrition, health and poverty, which are more important for poor people, and poor countries have lower economic capacities to compensate for declining incomes.

Although economic models predict that under current conditions－relatively high food stocks, good harvests, low oil prices and declining demand－global food prices are not going to rise. Logistical problems in harvesting and transport will put upward pressure on food prices in some areas of the world. Paradoxically, the most important cause of rising food prices may be hoarding behavior by consumers and governments rather than market conditions.

Despite several expert reports and economic advice not to repeat the same errors made during the 2007-08 food crisis, many governments have imposed trade constraints on foods as revealed by International Food Policy Research Institute's Food Export Restrictions tracker. Yet even absent a major rise in food prices, the food security situation of poor people is likely to decline significantly around the world.

Incomes and food security will fall

The global recession, caused by lockdowns and other restrictions on business activity to control the spread of the virus, will lead to reductions in food consumption and in nutrition status－especially among the poor. Whether through rising food prices, falling incomes, or both, people will have less real income to pay for their food and will adjust accordingly. This effect plays stronger the less income one has, meaning more hardship for the poor.

Global models predict that for every percentage point of global economic slowdown, the number of people living in poverty would increase by 2-3 percent or by about 14-23 million worldwide. However, health and economic impacts may be much more pronounced in developing, rather than developed, countries with associated greater implications for poverty and hunger.

An early study by Scott Rozelle and other scholars confirms these effects for rural households in China. Separated from their income sources as pandemic restrictions prevented them from working in urban wage jobs, workers suffered massive income losses totaling more than US$100 billion. These families cut back significantly on nutrition. The majority of villagers are reducing spending on food, buying more grains and staples in bulk at low cost instead of more expensive goods like meat.

Poor hit the hardest as their income has dried

The coronavirus outbreak has impacted the poorest particularly hard because it directly affects their most important, sometimes only, productive asset: labor, especially physical labor. Richer people typically have a portfolio of productive assets, such as capital and land, and their labor is typically of a different quality, as even while locked inside a townhouse or a city apartment, they can work via computer over the internet, spending their productive hours on email and Zoom.

This is not the case for poor people with low skills whose only source of income is likely to be leaving home to do manual work. Poor people who have to travel for work are the hardest-hit by pandemic restrictions. Studies show large negative effects on migrant workers in several categories: Rural-urban (as in China), international (as in Egypt and many other countries) and rural-rural (as in India, where landless workers travel to work in seasonal jobs such as harvesting).

What we are witnessing is a disruption of the food system similar to what happened during the 1990s transition processes when supply chains collapsed. Those experiences show that the impacts were strongly heterogeneous, depending on the nature of the commodity, the resource-intensity of the systems, and the level of economic development.

But in the 1990s, the key production factor affected was capital. Today, as already noted, the disruption is mostly related to labor constraints. As a consequence, capital-intensive food value chains (mostly in rich countries, or in richer parts of poor countries) are much less affected than labor-intensive value chains (mostly in poor countries). T. Reardon and other scholars point out that the impacts will be greatest on small and medium-sized enterprises in the informal sector, which are labor-intensive with high densities of workers in small spaces. Modern retail and food service companies face fewer problems. Again, these differences are affecting food security among the poor disproportionately.

The pandemic will cause disruptions in public sector programs on food, nutrition, health and poverty that poor people depend on. For instance, India's national lockdown regulations implied closing of schools. This means school feeding programs－one of the country's largest safety nets for children from poor families－have been suspended.

Other safety nets, too, have been affected, including nutrition programs in community courtyard sessions for pregnant women and lactating mothers. Key health programs, such as child immunization, have been disrupted as well. And of course, public food relief programs face the risk of exposing more people to the virus by attracting large crowds at distribution points.

While many developed countries have responded to the economic fallout from the pandemic by ramping up spending and using monetary policies, options for developing countries may be more limited. Developing countries will need to prioritize, focusing their responses on health, essential goods and services, the domestic financial circuit in local currency, and the foreign currency market linked to international trade and external debt.

Such a focused approach can help finance public spending on programs such as cash transfers and safety nets for the poor and vulnerable, and public investments to keep companies operating. At the same time, the international community also has a crucial role to play in supporting countries in their policy responses, including in cooperation with global organizations such as the World Bank, the United Nations and International Monetary Fund, as well as the multilateral development banks.

In summary, given the several compounding factors, the coronavirus outbreak is likely to cause another major food crisis for the poor. And to avoid such a food crisis, governments will need to implement policies and programs that target those most impacted and help address the negative impacts.

The author is director-general of International Food Policy Research Institute.

The views expressed in this article are solely those of the author and don't necessarily reflect those of China Daily.