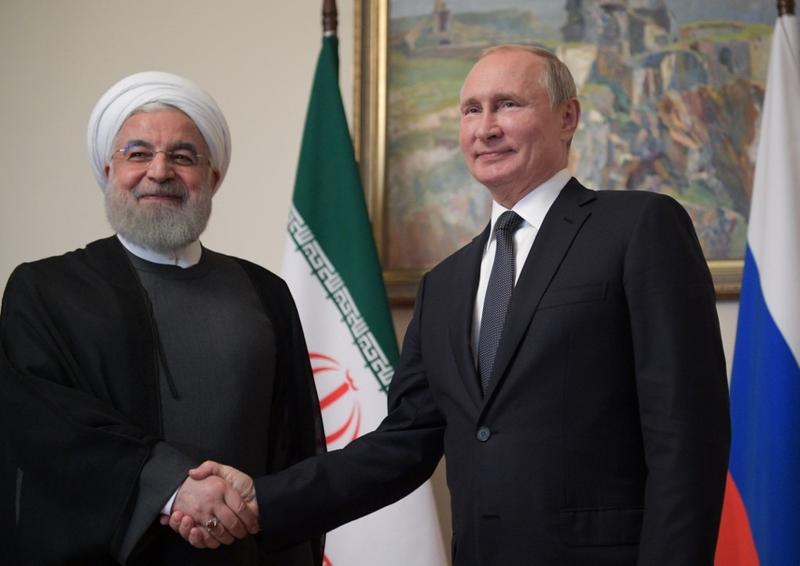 MOSCOW - Iran and Russia should increase their cooperation in the fight against the new coronavirus outbreak and continue to trade with each other, President Hassan Rouhani told Russian President Vladimir Putin on Tuesday, the Iranian presidency website said.

Iran is one of the Middle Eastern countries hardest hit by the outbreak and Russia has seen a recent surge in infections.

“Officials from the two countries must make efforts for trade exchanges to take place between them while observing health protocols,” Rouhani said, according to the official website’s account of a phone call between the two presidents.

"The issues of controlling the spread of coronavirus infection are discussed in detail," the Kremlin said in a statement, adding that Rouhani thanked Russia for its assistance to Iran.

"The two sides agreed to promote cooperation between relevant departments, including direct contacts between the ministries of health," it said.

According to the statement, the importance was noted of consolidating the efforts of the international community to combat the coronavirus pandemic together, including the Russian initiative to create "green corridors" free from trade wars and sanctions during the crisis for deliveries of medicines, food, equipment and technologies.

Rouhani, trying to revive an economy reeling under tough US sanctions, also pointed to what he called provocative actions by the United States and Israel in the region, and said that Iran and Russia should increase their cooperation to address regional problems.

Iran and Russia have both been fighting in the Syrian conflict in support of President Bashar al-Assad.

Separately, Rouhani said in a phone call with Qatar Emir Sheikh Tamim bin Hamad al-Thani that the countries of the region must work together to establish security, the Iranian presidency website said.

“We believe that there is no way to establish security and long-lasting stability in the region other than cooperation and friendship among the countries of the region,” Rouhani said.