A man wearing a face mask walks across the street in the Akihabara area of Tokyo on April 17, 2020, during the pandemic, caused by the novel coronavirus. (PHOTO / AFP)

TOKYO / SEOUL / MUSCAT / DAMASCUS — Japan, alarmed by rising coronavirus deaths and the specter of the collapse of the medical system, is scrambling to expand testing with drive-through facilities and general practitioners helping to collect samples.

For weeks Japan has limited its testing for the coronavirus, despite calls from many health experts who see testing as vital to detecting and isolating cases and slowing the spread.

Japan conducted about 52,000 polymerase chain reaction (PCR) tests in March, or just 16 percent of the number carried out in South Korea, according to data from Oxford University.

Experts say Japan’s strategy of keeping the number of PCR tests low has made it difficult to trace the disease as it spread in Tokyo and other big cities and led to a wave of in-hospital infections, crippling some facilities.

Tokyo remains the hardest-hit place in Japan, with a record 201 additional cases reported by its governor on Friday, for a total of 2,796.

As part of effort to boost testing capacity, several general practitioners’ groups in Tokyo have stepped up to shoulder the task of examining potential patients and taking test samples from them, which is now conducted mainly by doctors working at large hospitals, who are already overstretched.

Iran said on Friday that it is closer to the containment of the COVID-19 outbreak in most of the country. Meanwhile, Turkey is poised to overtake Iran as the hardest-hit country in the Middle East due to rapid growth of new cases.

The vast majority of the new cases are of “work permit” holders living in foreign worker dormitories, the health ministry said in a statement on Saturday. 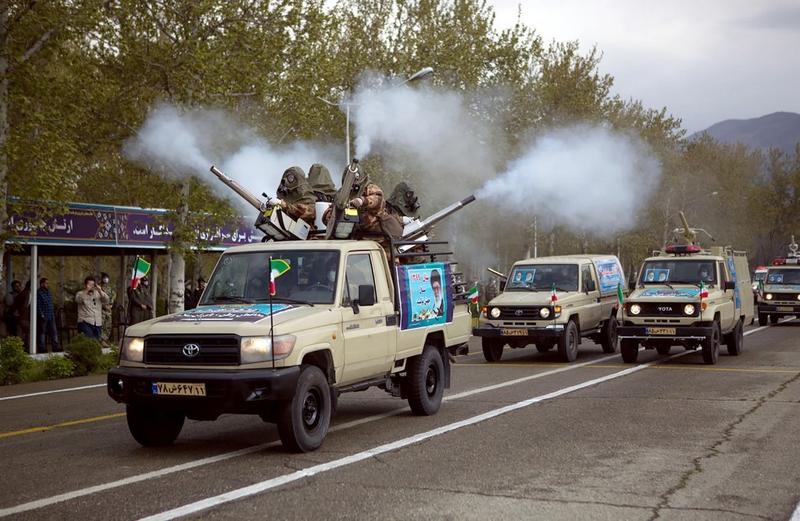 Iranian Minister of Health and Medical Education Saeed Namaki said that the Islamic republic is closer to containing the pandemic in most of its provinces.

"Despite circumstances arising from sanctions and economic warfare, no patient was left abandoned behind hospital doors and no patient lacked needed drugs and medical care during the peak of the virus across cities," Namaki said.

He said that Iran's virus response was developed on scientific models and years of past experience in "eradicating infectious diseases such as malaria, tuberculosis, polio, measles, mumps and tetanus."

In addition, 8,631 patients have recovered from the novel coronavirus, while 1,845 are being treated at intensive care units and 1,014 intubated.

Turkey is set to replace Iran as the top country in the region with the most confirmed coronavirus cases as it has been witnessing daily fast growth in the new infections since it reported the first case on March 11.

South Korea reported 18 more cases of the COVID-19 compared to 24 hours ago as of midnight Saturday local time, raising the total number of infections to 10,653.

The daily caseload fell below 20 for the first time in about two months, hovering below 30 for the sixth consecutive day. Of the new cases, nine were imported from overseas, raising the combined number to 993.

Two more deaths were confirmed, lifting the death toll to 232. The total fatality rate came in at 2.18 percent.

A total of 108 more patients were discharged from quarantine after making full recovery, pulling up the combined number to 7,937. The total recovery rate was 74.5 percent.

The Korea Centers for Disease Control and Prevention (KCDC) has updated the data once a day at 10:00 am local time from March 10, after having announced it twice a day.

The number of COVID-19 cases in Israel has increased 125 to 13,107 on Saturday, Israel's Ministry of Health said.

The death toll of COVID-19 has risen by seven since Friday evening, reaching 158, the ministry said.

UAE's Ministry of Health and Prevention said that 93 more patients made full recovery from the virus, taking the tally of the UAE's recoveries to 1,188.

The Omani Ministry of Health announced 50 new cases of COVID-19, bringing the total number to 1,069. The death toll rose to six, after two new deaths were recorded.

In Iraq, the Health Ministry confirmed 48 new cases of COVID-19, bringing the total number in the country to 1,482.

The Iraqi authorities have taken several measures to contain the outbreak of COVID-19, including a nationwide curfew until the beginning of the holy month of Ramadan, which is expected to be April 24 or 25.

To help Iraq cope with the coronavirus pandemic, a Chinese team of seven medical experts have been working with their Iraqi counterparts since March 7.

Palestine on Friday recorded 12 new cases of the novel coronavirus, bringing the total number to 402. The new cases are Palestinian workers in Israel who returned to their homes and their contacts.

Jordan said Friday it will start a program soon to bring home Jordanian students and expatriates stranded abroad due to the COVID-19 pandemic. A website will be launched to receive requests from those wishing to return home.

The Omani Ministry of Health announced on Friday 50 new confirmed cases of COVID-19, bringing the total number to 1,069.

All the new cases are related to community contacts, the ministry said in a statement, adding that the total number of recoveries in the country stood at 176.

"The two deaths are for expatriates, one of whom is 66 years old, and the other is 76 years old," the ministry said.

The ministry called on the residents in Oman to observe the procedures for quarantine, avoid going to public places or places of worship, and ensure personal hygiene.

Five new COVID-19 cases were reported in Syria on Friday, bringing the overall number to 38, the health ministry said in a statement.

Five of the confirmed cases have recovered while two died, according to the statement.

The Syrian government has undertaken several measures to curb the spread of the COVID-19, such as imposing a partial curfew, suspending schools and universities and shuttering non-essential businesses.

The health ministry also designated and prepared isolation centers in different parts of the country to host and treat the infected..

Myanmar's Health and Sports Ministry announced confirmation of one more death from COVID-19 in early hours of Saturday, with 94 cases in total across the country so far.

An elderly aged 78 with underlying hypertension and diabetes tested positive on Friday and passed away early Saturday after being treated at Intensive Care Unit (ICU) of Waibargi Hospital, Yangon.

The additional death brought the number of COVID-19 death toll to five since the disease was first detected in the country on March 23.

Except one from Sagaing region, all newly confirmed patients including the elderly who died on Saturday were from Yangon region.

The patients had no travel history in the past 14 days, but were in close contact with previously confirmed patients.

Myanmar's Yangon Region Government Saturday announced a dusk-to-dawn curfew in the region amid the fear of infectious COVID-19 spread.

Australia’s coronavirus-related death toll rose by three to a total of 68 on Saturday, health data showed, with the government stepping up its calls for people to sign up for a controversial movement-tracking mobile phone app.

The daily growth rate of new infections has steadied in the low percentage single digits in both countries, a fraction of what was seen a month ago. Australia recorded 36 new cases on Saturday and a total of 6,533 cases, according to the health ministry data.

Australia’s Prime Minister Scott Morrison said on Saturday that downloading a movement-tracking up, which would enable the government to detect potential new outbreaks and which has been criticized as invasion of privacy, would not be mandatory.

New Zealand, which adopted one the world’s harshest lockdowns even before reporting a first death, saw 8 new confirmed coronavirus cases on Saturday, bringing all infections to 1,094. So far 11 people have died, health ministry data showed.

Eleven of the new cases were in Bangkok and had a history of going to public areas, said Taweesin Wisanuyothin, a spokesman for the government’s Center for COVID-19 Situation Administration.

No new deaths were reported and 1,787 people have recovered, he said.

Thailand has reported 47 fatalities since the outbreak escalated in January.

Indonesia has extended stricter social-distancing rules to millions of people living on the main island of Java, and in West Sumatra, as the world’s fourth-most populous nation strives to stem a spike in coronavirus cases.

Large-scale social restrictions will be put in place across five regions in West Java that collectively house almost 9 million people, Health Minister Terawan Agus Putranto said in a statement issued by the Indonesian cabinet secretariat. A similar order has been given for Tegal, a city in Central Java, and for the province of West Sumatra. Putranto noted a significant increase in the spread of Covid-19 cases in these areas.

There were 407 new infections in Indonesia on Friday, the biggest daily increase since the southeast Asian country reported its first case, taking total confirmed cases close to 6,000. The government has continuously expanded a partial lockdown to more cities outside the capital Jakarta, the epicenter of the outbreak. The virus is expected to infect 95,000 people in May and to rise to 106,000 in July, according to the government estimates.

India's federal home ministry said the suspension of existing Indian visas given to foreign nationals barring certain categories has been extended until May 3 of this year.

The government had ordered the suspension of visas in wake of the COVID-19 outbreak in the country.

India's federal health ministry Saturday morning said the death toll due to COVID-19 in India rose to 480 and the total number of confirmed cases in the country reached 14,378.

Laos has tested 27 more cases of COVID-19, all of which turned out negative, with the total number in the country remaining at 19.

Lao Deputy Minister of Health Phouthone Meaungpak told a press conference in capital Vientiane on Saturday that the total number of COVID-19 cases in Laos remained at 19, as no new case was confirmed.

The Department of Health (DOH) of the Philippines reported on Saturday 209 new infections from COVID-19, bringing the total number of the coronavirus disease cases in the country to 6,087.

The DOH also reported that 10 additional COVID-19 patients have died, bringing the death toll to 397.

The DOH further said that 29 additional patients have recovered from the virus, bringing the total number of recoveries to 516.

According to DOH, the country now has 17 certified COVID-19 testing laboratories capable of conducting more tests per day as a result of the expanded testing protocol.

Kyrgyzstan has registered 17 new COVID-19 cases in the past day, bringing the tally to 506, the country's Deputy Health Minister Nurbolot Usenbaev said Saturday.

Mass infections with COVID-19 have not been observed among the population of Kyrgyzstan, Usenbaev told a news briefing.

Pakistan’s ministry of health here on Saturday expressed worries over the regular increase in the number of confirmed COVID-19 cases after the positive cases rose to 7,481 with 143 deaths across the country, local media reported.

Special Assistant to the Prime Minister on Health Zafar Mirza chaired a meeting of the Islamabad Healthcare Regulatory Authority on Saturday and said the regular increase in the COVID-19 cases, especially during the month of April, has raised concerns for the government, Radio Pakistan reported.

According to the data released by the ministry on Saturday, the country has witnessed an increase of 5,442 positive cases during the first 17 days of April, which were 2,039 by the end of March.