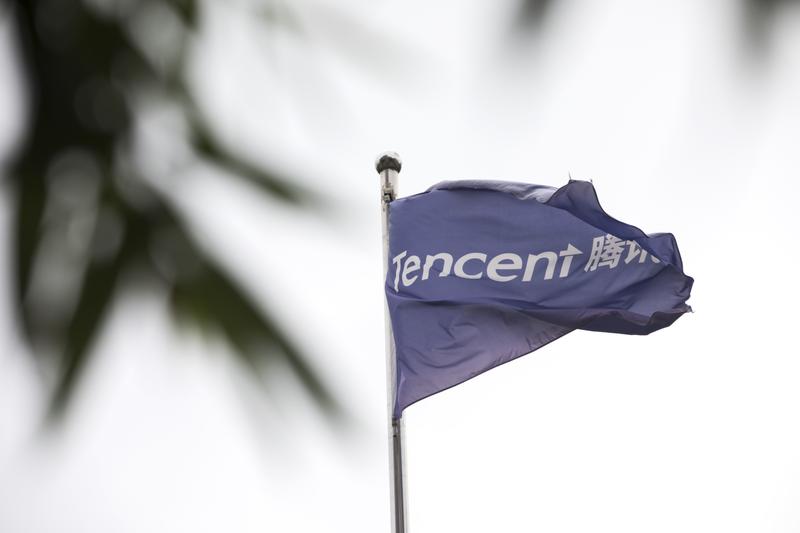 A flag bearing the Tencent Holdings Ltd logo is displayed outside the company's offices in Beijing, China, on Aug 14, 2018. (GIULIA MARCHI / BLOOMBERG)

Tencent Holdings Ltd has taken one of its top-earning titles to scores of new countries from Russia to the Middle East, at a time the pandemic is fueling an unprecedented global gaming boom.

The Chinese internet giant introduced Arena of Valor to 67 new markets on top of an existing 82, sharply expanding its footprint by launching in emerging markets. It hopes to draw new players to one of its longest-running and most profitable franchises, known in its home country as Honor of Kings, just as millions of people sheltering in place ignite online activity of all stripes.

Tencent in recent years has searched for ways to extend its dominance of China’s social media and gaming scene internationally, with mixed success. It remains intent on exploring new initiatives, such as bringing its music app Joox to some of Africa’s most populous nations. But the mobile title Arena of Valor, in which players slug it out online, represents one of Tencent’s biggest hits abroad.

International titles contributed to 23 percent of Tencent’s total online games revenue in 2019’s final quarter. Developer TiMi Studios -- the largest of Tencent’s four main creative groups -- now wants to hire an American chief and set up an international base to drive a broader effort to craft games for audiences beyond China.

“Our goal in North America is to hire an experienced leader who will build a world class team to create new games for any platform,” said Vincent Gao, international business director for TiMi Studios.

Tencent said in a statement the timing of its launch wasn’t linked to the outbreak. Online entertainment is one of the few bright spots in global business during the turbulence of the Covid-19 pandemic. Demand for Tencent’s marquee games like PUBG Mobile and Call of Duty: Mobile has surged as millions stuck at home are looking to alleviate boredom during lockdowns.

While Arena of Valor lags the duo of shooter stars in player spending, it struck gold in markets like Thailand, Taiwan, the US and Vietnam, according to data from Sensor Tower. Internal rivalry, however, may cannibalize the battle arena game’s success: Tencent is also working on a mobile version of League of Legends, in the same category.

TiMi has said it’s working with several international companies to introduce games in the shooter, role-playing and other mainstream categories. The studio, which already partners with Pokemon Co as well as Activision Blizzard Inc on a mobile version of Call of Duty, is finalizing several new tie-ups for content to fill its pipeline till 2022.

“This is also an important growth opportunity for TiMi Studios, as we’re more involved in building our relationships with players around the world,” said Ray Ning, Arena of Valor’s executive producer. “We have more than a decade of experience in the Chinese market, where change is a constant.”