In this Aug 25, 2018 photo, Duobujie of China celebrates after Athletics Men's Marathon at the Asian Games 2018 in Jakarta, Indonesia. Duobujie won the bronze medal. (PHOTO / XINHUA)

BEIJING - The Tokyo Olympic Games will be delayed for a year, but Chinese athletes stay focused to hopefully seize their opportunity and rise to the challenges.

Marathon runner Duobujie has set his sights on finishing in the top eight of the men's marathon at the Tokyo Olympic Games. China's previous best result in the Olympic men's marathon was a 26th finish in 1988

Youngsters ready to hone their skills

An extra year of preparation can prove a boon for some young athletes.

"Many African marathon runners reach their peak after the age of 30," Duobujie said, adding that the postponement is not a problem for him.

Duobujie and his coach, Gesang Ciren, think that it may be an opportunity to continue improving.

Duobujie won the 2019 Xuzhou International Marathon in a time of 2 hours 10 minutes and 31 seconds, qualifying for Tokyo 2020 in the process. After becoming the first Chinese athlete to run under 2:11:00 since 2007, Duobujie's performance received a lot of attention.

Duobujie trained in Ethiopia this past winter and was due to compete in Tokyo, Seoul and Barcelona in March; races that were all cancelled because of the coronavirus epidemic.

Duobujie has set his sights on finishing in the top eight of the men's marathon at the Tokyo Olympic Games. China's previous best result in the Olympic men's marathon was a 26th finish in 1988. 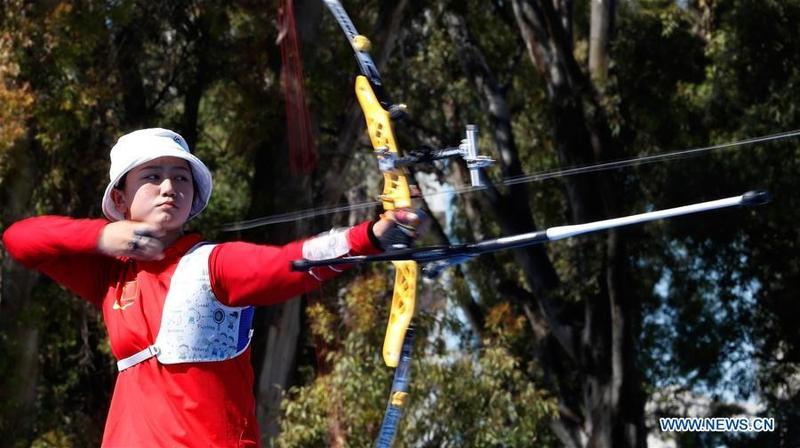 Gesang Ciren said Duobujie is young enough to wait for another year, noting: "We always stay calm despite the changes. We will continue our preparation and have the confidence to reach our best condition by 2021." The coach added that several other young runners from Tibet also hope to use the opportunity to improve.

The same can be said for other Chinese athletes.

Eighteen-year-old Zhang Mengyao, who won the girls' recurve individual archery gold medal at the 2018 Youth Olympics, is the youngest member of the Chinese archery team.

"I will gain more experience this year, correct my weaknesses and strengthen my physical fitness," she said.

Senior athletes rise to the challenge

The reigning two-time women's shot put world champion, Gong Lijiao, said that the coronavirus epidemic has not had a major impact on her training apart from the lack of organized competition. 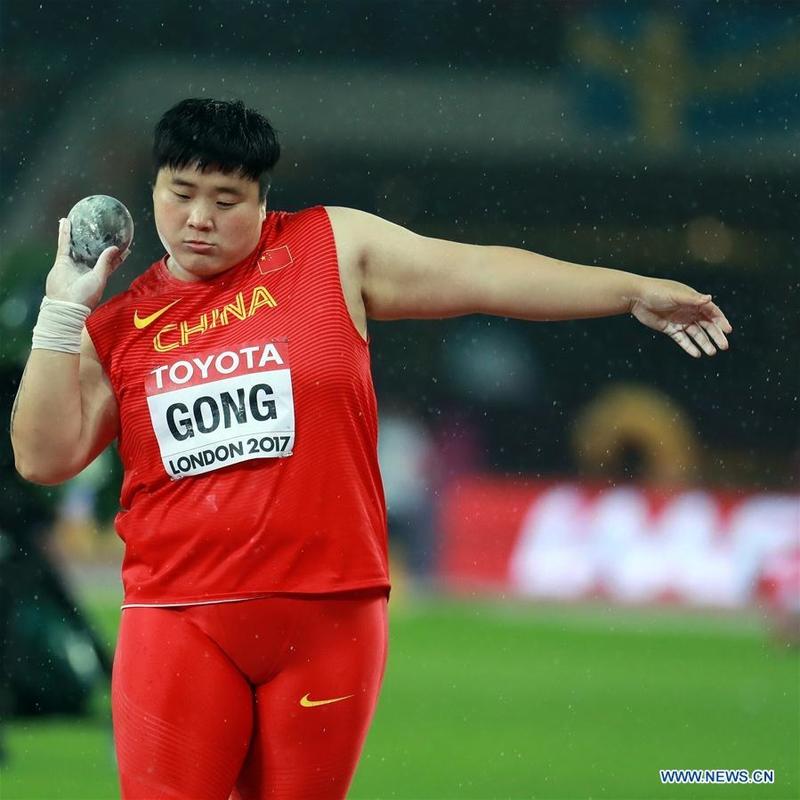 In this Aug 9, 2017 photo, Gong Lijiao of China competes during Women's Shot Put Final on Day 6 of the 2017 IAAF World Championships at London Stadium in London, Britain. Gong Lijiao claimed the title with 19.94 metres. (PHOTO / XINHUA)

The 31-year-old Gong, who won bronze at the 2008 Beijing Olympics and silver at London 2012, secured her ticket to the Tokyo Games before the COVID-19 outbreak.

Wu Ji, deputy director of the track and field management center of the Hebei provincial sports bureau, said that the delay of the Olympic Games will prolong preparation time for better results, but added that athletes from other countries also have more time.

Wu saw the postponement as generally favorable for China's track and field squad.

"China was the first country to strictly contain the epidemic with a lot of competitions cancelled, and that may influence our performance," said Wu.

Chinese boxer Li Qian remains on course for her goal of claiming an Olympic title after securing her place at the Games after the Asian/Oceanian Olympic qualifiers in Jordan in March.

"I was anxious after the postponement news. Now, it could turn out to be a blessing for me, as I can focus on improving my technique," said Li. 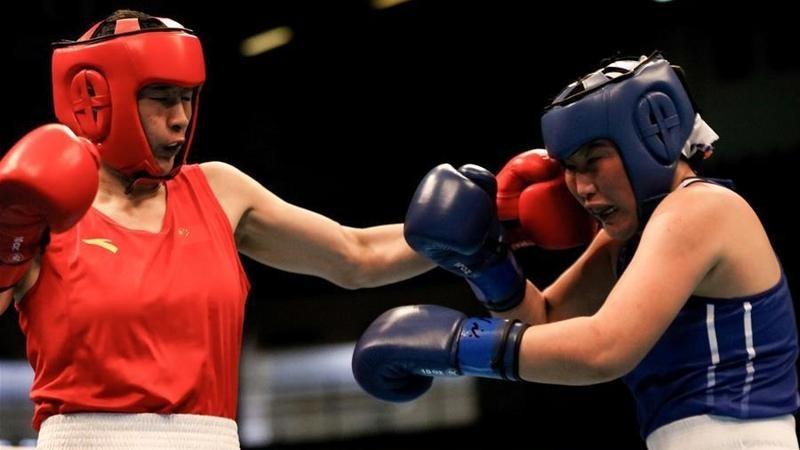 At the 2016 Rio Olympics, she won the bronze medal in the women's middleweight boxing competition.

"No matter who my counterparts are, I need to be the best," said Li, with her eye on the top of the podium in Tokyo.

The 31-yer-old Dong Dong, the 2012 London Olympic trampoline champion, said that the postponement was a challenge as well as an opportunity.

"How could you possibly have the Olympics, the Chinese National Games and the World Championships in one year? The Olympic Games is followed by the National Games, which will help me stay in good condition and pick up good results," Dong Dong said.

Buzzwords on social media: come on, hope and thank you

Xinhua sportswriters analyzed word frequencies within posts on the social media of 60 national team athletes preparing for the Tokyo Olympics from February 1 to April 15.

The top three nouns were "China, Wuhan and epidemic", which reflected the athletes' love and confidence for China despite the uncertainty of the Olympics.

"Come on", "Hope" and "Thank You" were the top three frequently repeated verbs. 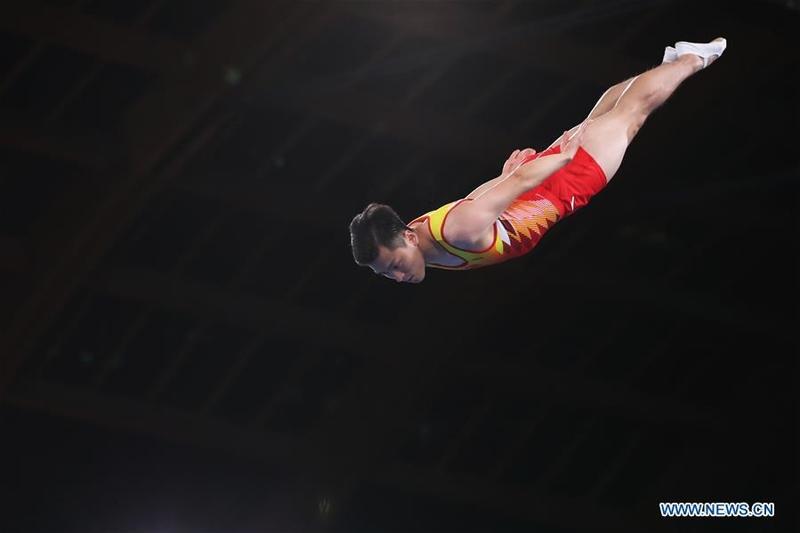 "Come on" appeared for 42 times. The golf bronze medalist in the 2016 Rio Games, Feng Shanshan, wrote on Weibo: "Games on hold, but sports never dies. Come on. Let's unite together."

"Hope and Thank You" were mentioned 16 times and 12 times respectively.

"My training goes on as usual though we are reduced to closed doors. Thank you, my team members," wrote Chinese weightlifter Shi Zhiyong, the 2016 Olympic gold medalist.