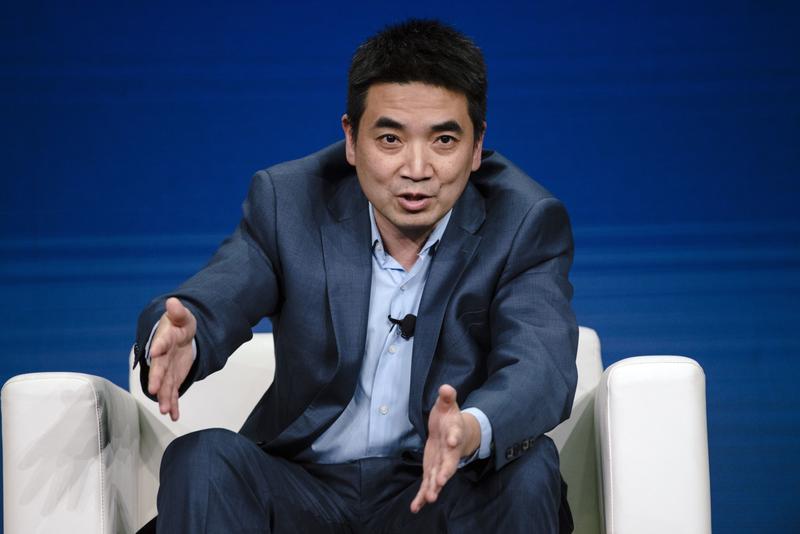 In this Oct 3, 2019 photo, Eric Yuan, founder and chief executive officer of Zoom Video Communications Inc, speaks during the BoxWorks 2019 Conference at the Moscone Center in San Francisco, California, US. (PHOTO / BLOOMBERG)

Zoom’s CEO said he “messed up” in releasing a product that has been easily invaded by trolls while users count on it as the virtual town square of the coronavirus epidemic.

Eric Yuan, head of Zoom Video Communications Inc, promised an option for end-to-end encryption, but that won’t be ready for several months, the Wall Street Journal said, citing the founder.

“‘If we mess up again, it’s done,’ I thought a lot last night,” Yuan said, according to the newspaper.

The number of daily meeting participants across Zoom’s paid and free services has gone from around 10 million at the end of last year to 200 million now, says the company

Zoom has already lost one high-profile user. Elon Musk banned the use of Zoom for SpaceX and Tesla due to privacy concerns, the Journal said, citing Yuan.

The service once mostly used for client conferences and training webinars has become a place during the coronavirus lockdown for virtual cocktail hours and exercise classes. It’s the most downloaded free app on Apple’s iOS App Store, ahead of TikTok, DoorDash, and Disney+.

On April 1, Yuan issued a blog post on Zoom’s website, saying “we recognize that we have fallen short of the community’s – and our own – privacy and security expectations.”

The Federal Bureau of Investigation issued a warning Monday about videoconference hijacking, the Journal said. In the US, 27 attorney general’s offices have raised questions about privacy issues, Zoom said, adding that it is cooperating with authorities.

The number of daily meeting participants across Zoom’s paid and free services has gone from around 10 million at the end of last year to 200 million now, the company says. Most of those people are using its free service.

“I really messed up as CEO, and we need to win their trust back,” Yuan said. “This kind of thing shouldn’t have happened.”