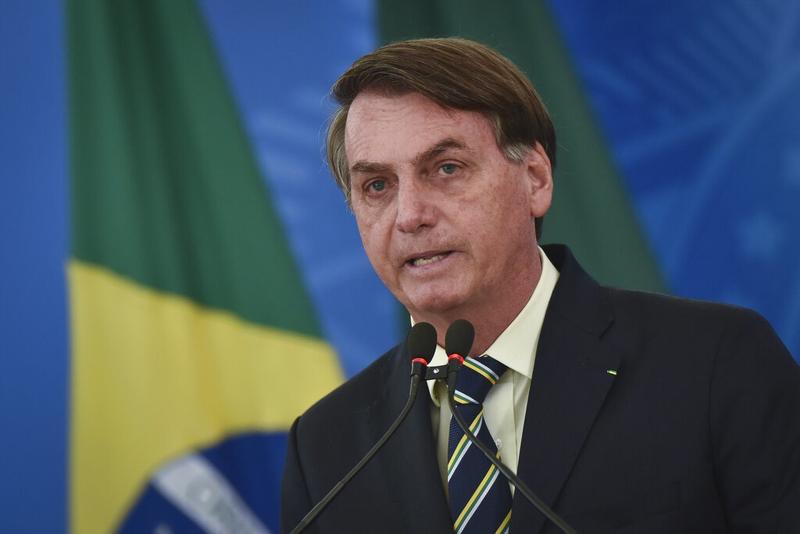 Both Facebook and Twitter had removed Bolsonaro's posts on the anti-malaria prescription drug hydroxychloroquine, in which he praised and said the drug was an effective treatment for COVID-19

Facebook said it took down a video on Monday that had been shared to both Facebook and Instagram, in which Bolsonaro said the anti-malaria prescription drug hydroxychloroquine was an effective treatment for COVID-19. Twitter earlier had removed two tweets that also showed video of Bolsonaro praising hydroxychloroquine and encouraging the end of social distancing.

Small studies testing the effects of hydroxychloroquine on COVID-19 patients have had mixed results, though the US Centers for Disease Control and Prevention website states that the drug is “currently under investigation in clinical trials” for use as a treatment for the virus. US President Donald Trump has also praised the drug, which was given emergency FDA approval to be prescribed to COVID-19 patients, though scientists have criticized the move as premature.

Facebook has a policy against sharing posts that could cause users physical harm, a spokesperson said. Twitter, too, has a policy that requires people to remove tweets that recommend cures or advice that goes against the recommendations of public health authorities.

“Twitter recently announced the expansion of its rules to cover content that could be against public health information provided by official sources and could put people at greater risk of transmitting COVID-19,” a Twitter spokesman said. Bolsonaro declined to comment on the Twitter removal when speaking to journalists earlier Monday.

Twitter and Facebook have taken a stronger stance on coronavirus misinformation than other types of controversial content, including some political postings. Facebook Chief Executive Officer Mark Zuckerberg said earlier this month that fighting medical misinformation is easier because companies can follow clear guidance from the World Health Organization on what can be defined as “harmful,” instead of deciding as a company in a way that could be considered biased or restrictive of free speech.

“This a very different dynamic than trying to be referee of political speech,” Zuckerberg said at the time.