Wuhan no longer at 'high risk' of coronavirus outbreak 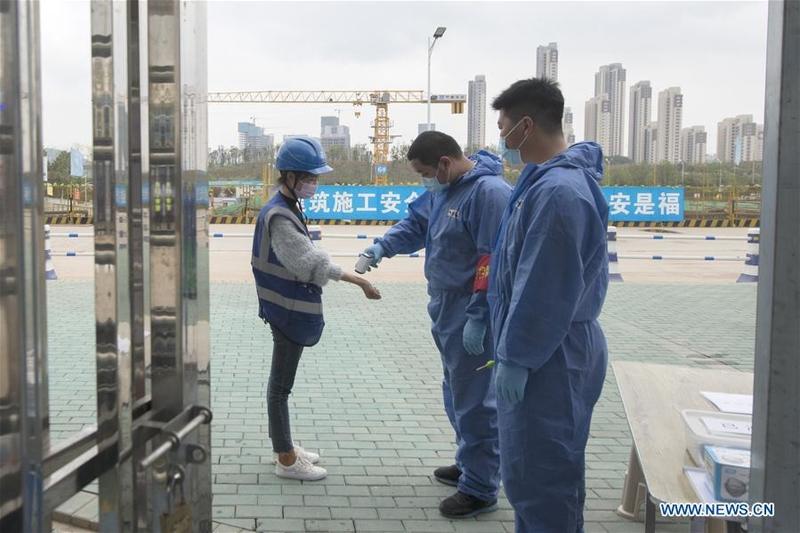 WUHAN/BEIJING - Wuhan has had its coronavirus risk evaluation downgraded from "high risk" to "medium risk," a local health official sat at a press conference on Friday.

The coronavirus risk evaluation for five districts of Xinzhou, Huangpi, Jiangxia, Caidian and Dongxihu have been further lowered to "low risk," said Liu Dongru, deputy head of the provincial health commission, who declared the transmission of the coronavirus epidemic in the main battlefield in Wuhan, the hardest-hit city by the virus, has been "basically blocked."

Wuhan only reported one newly confirmed case of the novel coronavirus disease since March 18.

The health commission of Hubei, where Wuhan is the capital, said Friday the province also registered zero increase in new COVID-19 cases on Thursday.

Hubei saw 5 newly reported deaths, four of which were in Wuhan.

No new suspected cases were reported Thursday in the province.

The province saw 530 patients discharged from hospital after recovery Thursday. Among the 2,896 patients being treated in hospital, 754 were still in severe condition and another 245 in critical condition, according to the commission.

Naionwide, the National Health Commission said Friday it received reports of 55 new confirmed COVID-19 cases on the Chinese mainland on Thursday, of which 54 were imported.

A new domestic case was reported in Zhejiang province, the commission said.

Of the imported cases, 17 were reported in Shanghai, 12 in Guangdong province, and four in Beijing and Tianjin respectively. The Inner Mongolia autonomous region, Zhejiang province and Fujian province each reported three cases. Shandong and Yunnan provinces both reported two. The provinces of Liaoning, Jiangsu, Sichuan and Shaanxi each reported one. By the end of Thursday, 595 imported cases had been reported, according to the commission.

Also on Thursday, five deaths and 49 new suspected cases were reported on the mainland, according to the commission.

On Thursday, 537 people were discharged from the hospital after recovery, while the number of severe cases decreased by 201 to 1,034.

The overall confirmed cases on the mainland had reached 81,340 by the end of Thursday, including 3,460 patients who were still being treated, 74,588 patients who had been discharged after recovery, and 3,292 people who died of the disease.

The commission said that 189 people were still suspected of being infected with the virus.

A total of 110 patients in Hong Kong, 10 in Macao and 29 in Taiwan had been discharged from the hospital after recovery.