WHO: US could be next 'virus epicenter' 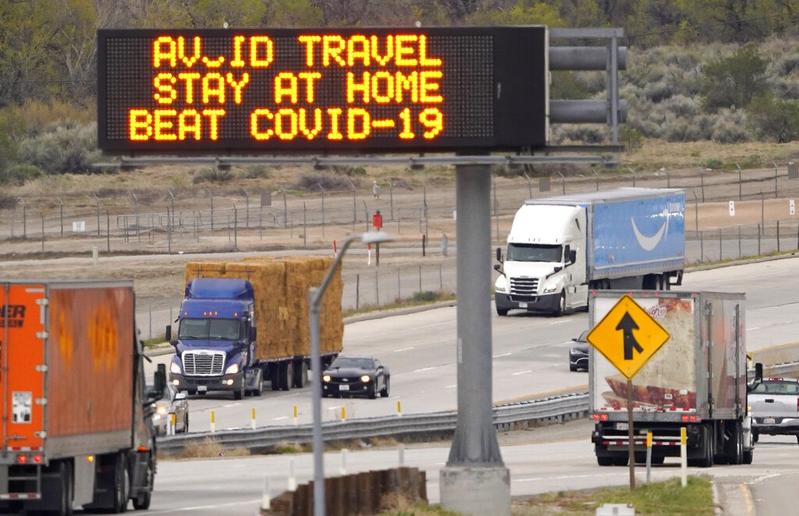 Semi trucks drive by a freeway sign along Interstate 5 that urges people to stay at home due to the COVID-19 outbreak, on their way toward Los Angeles in Gorman, California, March 24, 2020. (MARK J. TERRILL / AP)

GENEVA - The United States could become the global epicenter of the coronavirus pandemic, the World Health Organization (WHO) said on Tuesday.

WHO spokeswoman Margaret Harris said infections in the United States had greatly increased.

According to the latest figures from the WHO, in the past 24 hours a total of 39,827 newly confirmed cases have been reported, and the global death toll now stood at 16,231.

ALSO READ: WHO: Europe is new epicenter of coronavirus pandemic

Asked whether the United States could become the new epicenter, Harris said: “We are now seeing a very large acceleration in cases in the US. So it does have that potential.”

However, the positive sign is that testing had been ramped up in the US, and more efforts were being made to contain the spread of the virus, Harris said.

Despite that, some US state and local officials have decried a lack of coordinated federal action, saying that having localities act on their own has put them in competition for supplies.

“The World market for face masks and ventilators is Crazy. We are helping the states to get equipment, but it is not easy,” he tweeted.

Meanwhile, the WHO said that there was a glimmer of hope in Italy as fewer cases were reported than in the previous days.

However, the WHO said it was still far too early to claim that the tide had turned, and the situation there needed to be carefully observed in the coming days.