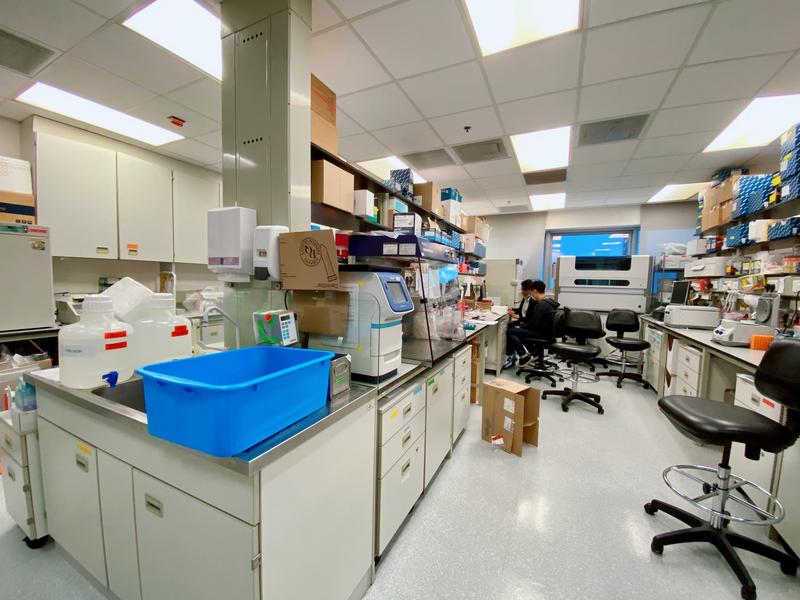 Researchers work at the World Health Organization H5 reference laboratory under the School of Public Health at the University of Hong Kong. (HE SHUSI / CHINA DAILY)

Hong Kong’s leading coronavirus expert, a member of the World Health Organization, stressed that it has been international practice in the last 10 years to name viruses based on scientific description instead of location.

This is to avoid people being unfairly accused or penalized if they come from a place that the name is associated with, said Leo Poon Lit-man, head of the Division of Public Health Laboratory Sciences at the Faculty of Medicine with the University of Hong Kong, in an interview with China Daily.

In the past, people were needlessly stigmatized by association with names like Spanish flu and Japanese encephalitis. “I don’t think this is a good practice,” he said.

Leo Poon Lit-man, head of the Division of Public Health Laboratory Sciences at the Faculty of Medicine with the University of Hong Kong

Poon sits on the WHO International Committee on Taxonomy of Viruses to name SARS-CoV-2, which causes the COVID-19 disease. As of Sunday, the virus had killed more than 13,000 people, with the number of cases soaring to nearly 300,000 across 185 countries and regions.

Many officials in the United States, including President Donald Trump, have been referring to the virus as the “Chinese virus,” a slur against people.

Poon was one of the first scientists to decode the first SARS sequence, and he’s been working with the influenza virus for over 20 years. He acknowledges that it was the practice at one time to name a virus after the place where it first broke out.

However, in the past 10 years, the WHO has been abandoning the practice. “We just say it is a virus. We just name the virus based on science, not the location,” Poon said, adding that it’s a personal choice on how to perceive the disease.

“But for us, we follow the guideline. I think this is a good practice,” he said.

As for the origin of the virus, Poon believes, based on evidence and his experience, that it’s from bats. He dismissed conspiracy theories that the virus was a biological weapon, especially those holding that the virus somehow escaped from a national biosafety lab in Wuhan, which became the first epicenter of the outbreak.

Poon was among the first to hunt for novel viruses in wildlife, which led to the discovery of the first and many other coronaviruses in bats.

He noted that there is a bat virus 96 percent similar to COVID-19. “By our standard, this is actually almost identical,” he said, adding that to turn to conspiracy theories on the origin of the virus is a waste of time and groundless.

“It’s unfair and wrong to accuse scientists in Wuhan of leaking or releasing the virus,” Poon said, noting that laboratories in the Central Chinese city have been doing well, helping the world understand the source of SARS.

This time, as the first human cluster of the outbreak was found in China, Poon said he will not be surprised if evidence shows that the novel coronavirus originates from China. However, he stressed that there is no such evidence for any conclusion.

There have been exceptions in the past, Poon pointed out. For instance, HIV broke out in the United States in the 1980s, but the virus came from Africa in the 1920s, he noted.

Poon said he would be happy to help in the pursuit to identify the origin of the novel coronavirus, adding he’d need to have access to relevant samples. 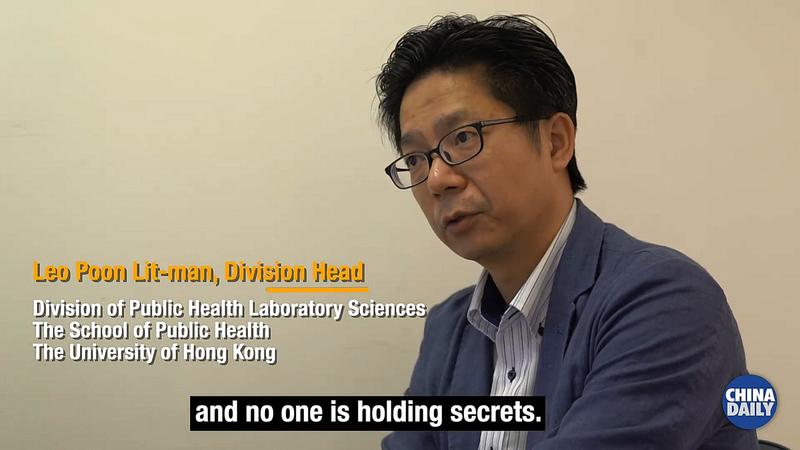 Not a time for blame

Amid the spiraling pandemic, Poon emphasized that this type of infectious disease could happen anywhere on Earth. It’s not the time for finger-pointing, or assigning blame.

“I think this is pointless,” Poon said. “Right now, we have a problem … everyone has to tackle it. I think we should do our best to contain or try to control the disease, at the moment.”

In terms of international cooperation, this time, Poon believes the cooperative spirit is much more present than it was in the past. “No one is hiding any secrets.”

Scientists publish data and release information online as soon as possible so that others can use the information and tackle the problem together, Poon said.

He said he believes this is because people know the seriousness of a SARS-like virus to the global community.

As of now, public health care laboratories in more than 40 countries and territories across four continents have received free reagents for the tests. Most of the reagents developed by Poon’s team went to developing countries that have no technology to diagnose COVID-19.

Each country received at least 200 reagents, while some may ask for more, in exceptional cases, Poon said. They can develop and replicate the tests based on open information.

Countries such as Sri Lanka and Egypt have utilized the tests to identify their first patients, Poon said.

“We are just there to provide timely support, as least in the beginning, to some labs that didn’t have the capacity for diagnosis,” Poon said, stressing that the efforts are purely for the sake of public health, not money.

Since COVID-19 broke out in January, Poon’s lab has been receiving samples from around the world to provide professional diagnosis on special cases. It also cooperates with mainland authorities in exchanging protocols, data and other intellectual information.

Poon noted that the biggest challenge this time is that the virus is infectious while it is still in the incubation phase, which means those asymptomatic patients are spreading the virus in the community.

With so many people infected around the world, the pandemic is unlikely to end this year, Poon said. It might change from an animal virus to a human disease, like the flu, and stay in the community, he said.

As for mutations of the virus, Poon said he observed only minor changes genetically. The real problem is its highly infectious nature.

Poon said that compared with many countries and regions around the world, Hong Kong has done a good job of containing the virus.

With the increasing number of imported cases in Hong Kong, Poon believes the government should consider using hotels in remote areas to quarantine international arrivals. Home quarantine risks infection of other household members, with the virus then spreading deeper to the community.

Poon added that current border control and containment measures, although effective, are not sustainable, in the long term.

He calls the present efforts a means to buy time, allowing for the development of specialized drugs and vaccines. He said he expects alternative drugs will become available for clinical treatment before there is a vaccine. Alternative drugs are already on the market and can readily be brought into mass production, he said.