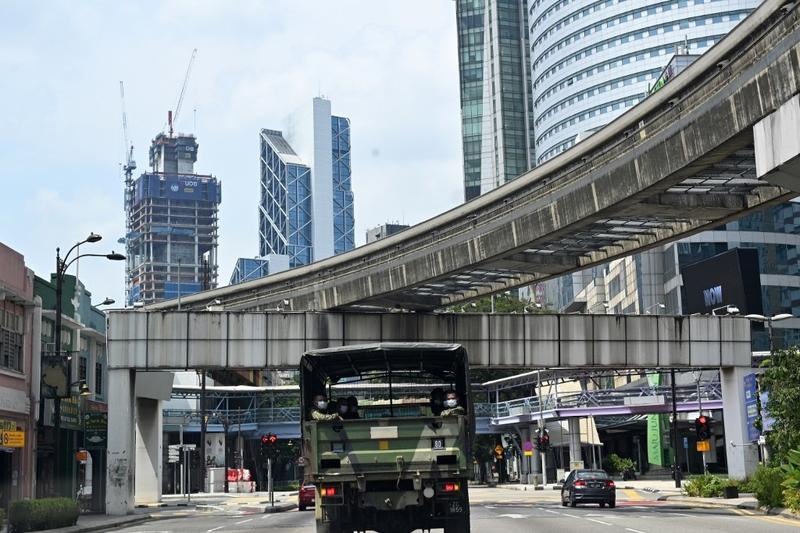 Soldiers wearing face masks look out from an army truck during the control of movement in Kuala Lumpur, March 22, 2020, amid fears over the spread of the COVID-19 disease. (MOHD RASFAN / AFP)

“Top priority of countries should be to be ready to roll out speedy response to the first case, first cluster, and first evidences of community transmission. Early containment measures can help countries stop transmission,” Singh said on March 18 in a statement.

She cited the importance of protecting local health workers and giving timely and accurate information to local communities to keep them safe and protected.

The WHO said eight Southeast Asian countries – Brunei, Cambodia, Indonesia, Malaysia, the Philippines, Singapore, Thailand and Vietnam – had reported a combined 1,494 confirmed COVID-19 cases as of March 18. Except for Brunei, all these countries reported cases of local transmission.

As of March 19, Indonesia posted the highest death toll, at 19, while 17 patients had died in the Philippines, according to reports filed by their respective health officials.

A high proportion of cases in Southeast Asia have been linked to a mass religious gathering in Kuala Lumpur, Malaysia. About 16,000 people gathered to pray in a mosque in late February, which later led to the spreading of the virus in Brunei, Singapore, Cambodia and Thailand.

The rising cases have prompted Brunei, Malaysia, Thailand and the Philippines to either totally or partially lock down their countries, with government and private companies shut, public transportation limited, classes canceled, and residents advised to stay home.

Health experts said that while the lockdowns may be unpopular – with residents complaining of either lost wages or lack of access to basic services – it is a necessary measure as it will reduce social contact and flatten the epidemic curve.

Khor Swee Kheng, a global health expert from Oxford University, cited the two-week lockdown in Malaysia which now has the highest number of cases in Southeast Asia.

As of March 19, the country had 790 confirmed cases, according to Malaysian Health Minister Adham Baba.

“Although they caught the population by surprise, leading to some confusion and chaos, these movement controls could break the complacency of the population and force them to treat the outbreak more seriously,” Khor told China Daily.

Khor said the lockdown is “an attempt by the government to seize control of an outbreak that could be deteriorating”.

The Philippines was the first country in the region to go into lockdown mode, albeit partially. President Rodrigo Duterte on March 16 locked down the entire northern island of Luzon for one month, citing the need for “stricter measures”.

Robert Mendoza, president of the Manila-based Alliance of Health Workers, said while the lockdown is necessary to stem the spread of the virus, he also believes that this measure should be complemented by a higher budget for healthcare. 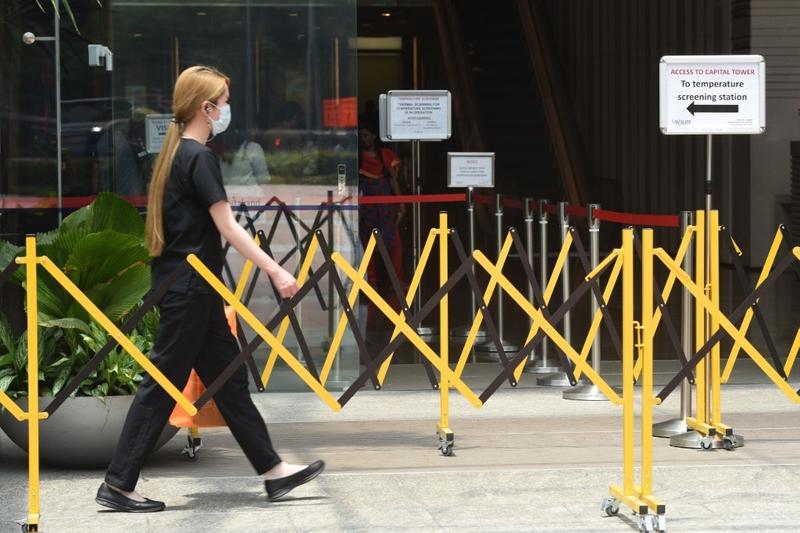 A woman wearing a face mask approaches a temperature screening area of an office building as a preventive measure against novel coronavirus infection in Singapore, March 20, 2020. (CATHERINE LAI / AFP)

Speaking to China Daily, Mendoza cited the shortage in the number of testing kits and personal protective equipment for health workers.

He also questioned why the government, which allocated 27.1 billion Philippine pesos (US$528 million) for COVID-19, has earmarked half of that amount to assist the tourism industry.

“Why is the budget for tourism higher than health? This is unfortunate,” he said.

Apart from the Philippines, other Southeast Asian countries have also rolled out fiscal stimulus packages to mitigate the outbreak’s possible impact on businesses and industries.

Indonesia has unveiled an emergency stimulus package worth over US$8 billion. The package covers tax breaks and fiscal incentives to support the country’s tourism, manufacturing, aviation and property industries. Over US$300 million will be used to support low-income households.

Malaysia’s Prime Minister Muhyiddin is expected to keep the 20 billion ringgit (US$4.5 billion) stimulus package promised by his predecessor Mahathir Mohamad. He also approved additional financial assistance including cash handouts for workers forced to take unpaid leave during the two-week lockdown, and discounts on electricity tariffs.

Singapore has allocated S$6.4 billion (US$4.4 billion) for healthcare and to support businesses and consumers.