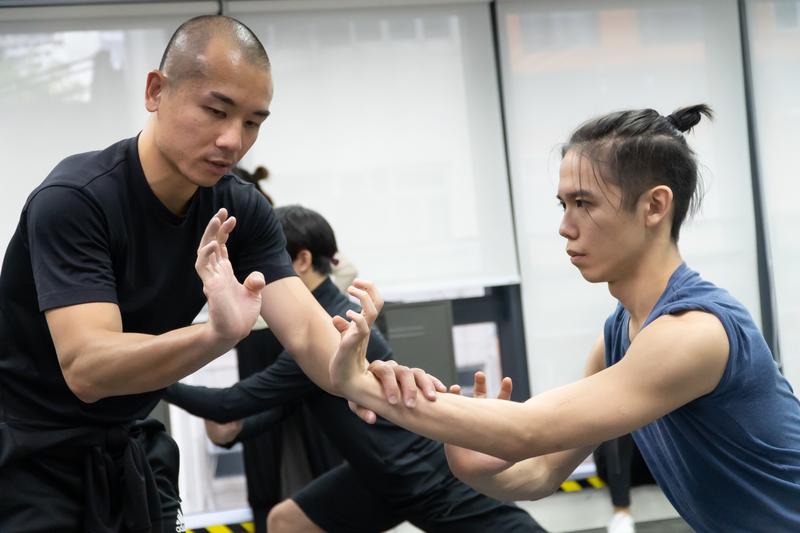 In the past few years Yang Yuntao, the artistic director of Hong Kong Dance Company (HKDC), has been frequently asking himself a question: what is Chinese dance?

While yangge (a Chinese folk dance form in existence since Song Dynasty, 960-1279 CE), water sleeves and fan dance are some of the recognized forms of Chinese dance heritage, Yang wanted to dig deeper, look into the history of the evolution of Chinese dance, and explore its connection with the martial arts of China.

“When we discuss interdisciplinary study in the dance world, one of the most popular themes is the relationship between traditional Chinese dance and modern dance,” says Yang. He and his teammates, however, expect to gain a better idea of the similarities and differences between Chinese dance and martial arts, and find a synergy between these two art forms.

“We all hope to venture in a new path, although we have no idea where it will lead us,” Yang says.

Learning from the best

HKDC’s “Research study on Chinese martial arts and Chinese dance” project kicked off in 2018. Talented dancers, kung fu masters, academic researchers and experts from various fields participated in the three-year project. They have engaged in studying the rudiments of martial arts, explored new dance forms and themes, and sought to take cues from the traditional Chinese dance training system to understand the relationship between the two performance art forms.

In the first phase of the project around 10 researchers, mostly HKDC dancers, attended 52 workshops under the tutelage of martial arts instructors and kung fu masters from the International Guoshu Association. 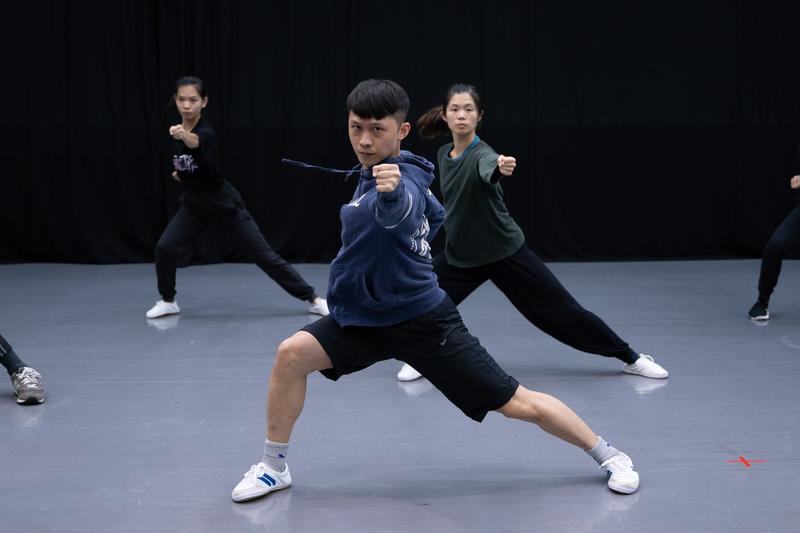 “Participating in martial arts workshops and learning kung fu under guidance from the masters helps me to feel and understand my body in a different way,” says Ho Ho-fei, an HKDC dancer and a researcher on the project. Although he is passionate about kung fu movies and studied martial arts in his teens, it was by participating in the project that he gained a better understanding of the aesthetics of martial arts, says Ho.

Ong Tze-shen, a Malaysian dancer of the company, shares Ho’s feelings. A graduate of Hong Kong Academy for Performing Arts, Ong trained in traditional and contemporary dance. Through studying and practicing Chinese martial arts in the past two years, Ong feels he has gained an insight into Hung Kuen, Choy Lay Fut, Fujian White Crane, Bagua and other Chinese martial arts styles which in turn provided him with a new toolbox to train his body and mind.

The purpose of the project, according to Yang, is not to nurture dancers to win martial arts competitions, but inspire them to rethink body movements and redefine the concept of beauty.

“When we talk about ‘beauty’ in the dance world, we usually put an emphasis on ‘elegance’, ‘tenderness’ and ‘gentility’,” says Yang. “In the context of martial arts, however, beauty means power and strength.”

He has been fascinated with the aesthetics of Chinese martial arts for a very long time. Since being appointed the artistic director of one of the flagship performing arts companies in Hong Kong in 2013, Yang has directed and choreographed several productions that draw heavily on Chinese history and traditional Chinese arts, including The Legend of Mulan, Storm Clouds and Chinese Hero: A Lone Exile. Some of these pieces are adapted from hugely popular kung fu movies and novels by Hong Kong writers.

“Hong Kong plays quite a crucial role in the development of Chinese martial arts,” says Yang. From Bruce Lee’s internationally renowned kung fu films to the widely-read novels by Louis Cha Leung-yung, to the Storm Clouds series of comic books created by Ma Wing-shing to Tsui Hark’s martial arts movies — Hong Kong has added to the pool of martial arts-centered artistic forms over the past several decades. Since its establishment in 1981, HKDC too has done its bit to celebrate the city’s continued fascination with martial arts. 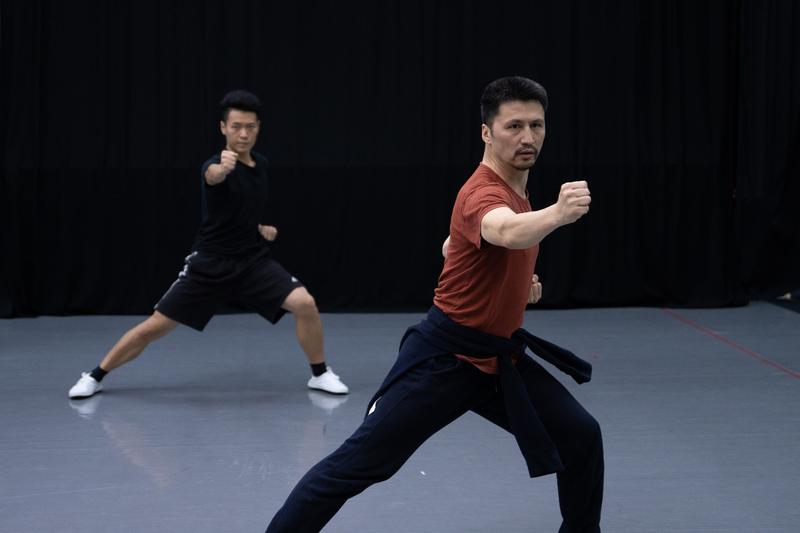 Yang cites the instance of the modern dance group Cloud Gate of Taiwan which has been able to establish a signature style, by borrowing elements from both traditional Chinese arts and contemporary dance forms.” Yang believes HKDC could do the same by upholding Hong Kong culture while adapting elements from other forms of cultural and artistic expression.

He has always encouraged young dancers of the company to think out of the box. Many of them experienced a whole new world of ideas, aesthetics and movement styles after participating in the martial arts project.  After training with the kung fu masters, Ho, Ong and other dancers were hugely impressed by the philosophy of martial arts, exploring the relationship between movement and standing still, fast and slow, and weakness and strength.

“It is not merely a set of bodily movements. It is the presence of the essence,” says Ho who expects the new methods and approaches he picked up from the martial arts workshops to help him get better not just at dancing but also in terms of visualization and choreography.

According to Hing Chao, the executive director of International Guoshu Association, partnering with HKDC in this project, “Martial arts is a living thing. It contains vitality and is forever changing.” Unlike dance, anyone can give kung fu a try, regardless of age, to experience the beauty and vitality of the art form.

“Usually dancers start thinking of retirement in their thirties or forties, as their bodies may no longer be in amazing shape by that time. But I do not agree with the idea,” says Yang. If getting on in years does not seem to pose that much of a hindrance to people practicing martial art, why shouldn’t it be the same with dancing, he contends. Organizing and participating in the martial arts project has reaffirmed Yang’s belief that dance is definitely not the exclusive preserve of the young and talented.

“To me, dance not only means perfect technique and amazing body movements, but boundless creation, limitless imagination as well as the lifelong spiritual practice,” says Yang.