Kenin return to winning way with triumgh in Lyon 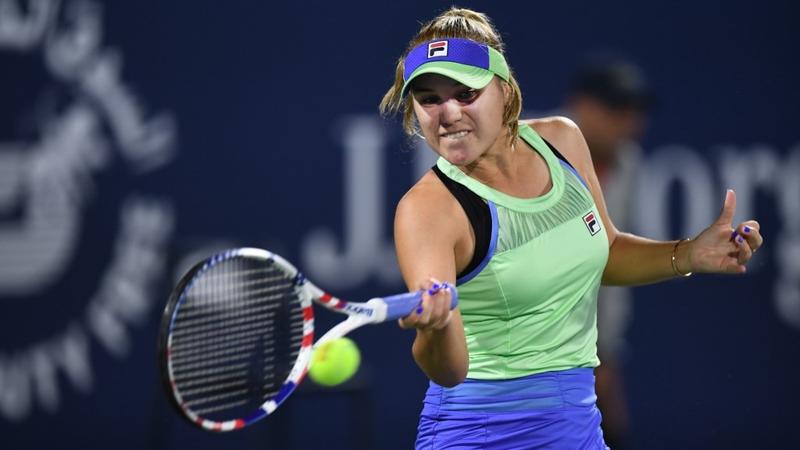 Sofia Kenin of the US returns the ball to Kazakhstan's Elena Rybakina during the WTA Dubai Duty Free Tennis Championship, at the Dubai Tennis Stadium in the United Arab Emirates, on Feb 18, 2020. (KARIM SAHIB / AFP)

The top seed bounced back from a poor run in Dubai and Doha, where she suffered two consecutive first-round exits, to clinch the fifth title of her career in Lyon.

I had two tough losses but I knew I needed to regroup, and I'm so happy that I won it

"I had two tough losses but I knew I needed to regroup, and I'm so happy that I won it," the 21-year-old American said.

The victory will also lift Kenin to the fourth place of the WTA rankings next week.

But the week in Lyon was not easy for Kenin as four of her five matches turned out to be tough three-setters. She saved a match point against Jaqueline Cristian in the second round and survived three tiebreaks in Saturday's semifinal against Alison Van Uytvanck.

"Every match was a close one and I had to really fight through, every player I played put up a tough fight against me, and I was able to play my game which was good. I'm happy that I came here - it was a good decision from my side," Kenin said.