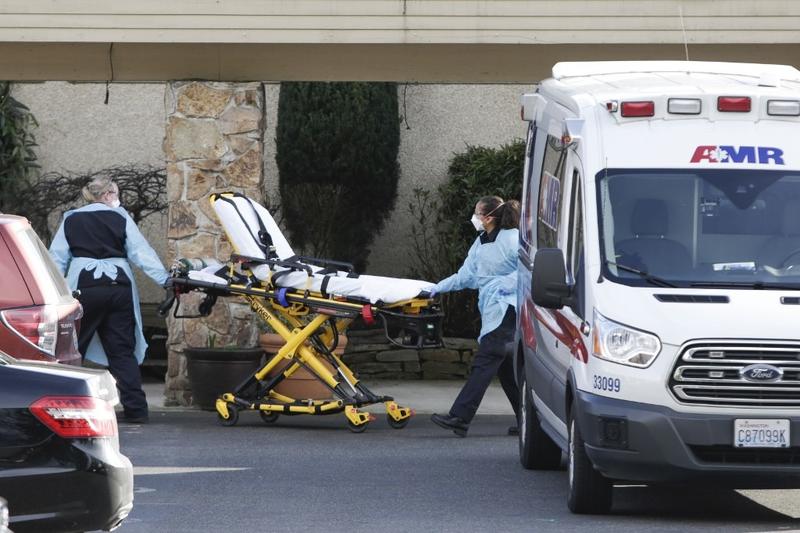 A stretcher is moved from an AMR ambulance to the Life Care Center of Kirkland where one associate and one resident were diagnosed with the novel coronavirus (COVID-19), according to a statement released by the facility in Kirkland, Washington on Feb 29, 2020. (JASON REDMOND / AFP)

A Washington state man in his 50s with underlying health issues became the United States’ first fatality from the coronavirus, officials said on Saturday, as the Trump administration stepped up efforts to combat the spread of the global outbreak.

The patient, who was chronically ill prior to contracting COVID-19, died at EvergreenHealth Hospital in Kirkland, near Seattle, and officials are unsure how he was exposed to the virus, said Jeffrey Duchin, head of the Washington health department’s communicable disease unit.

The state has recorded two other “presumptive” coronavirus cases at a long-term care facility in Kirkland where more than 50 residents and staff could be showing symptoms, he said.

We are strengthening our preparedness and response efforts to keep Washingtonians healthy, safe and informed.

“At this point we do not have widespread community-wide transmission locally. We have transmission that’s associated with an outbreak at this long-term care facility,” Duchin said.

The two cases at the Kirkland facility were a health care worker in her 40s who is in satisfactory condition, and a woman in her 70s who lived there and is in serious condition.

“It is a sad day as we learn a Washingtonian has died from COVID-19. Our hearts go out to his family and friends,” the state’s governor, Jay Inslee, said in a statement. “We are strengthening our preparedness and response efforts to keep Washingtonians healthy, safe and informed.”

House Speaker Nancy Pelosi said lawmakers would take up a coronavirus spending bill next week “to advance a strong emergency funding supplemental package that fully addresses the scale and seriousness of this public health crisis”.

Most of the US cases have occurred in travelers who were repatriated from China. But public health officials have also identified coronavirus cases in California, Washington and Oregon with no direct ties to the virus’ source in China, signaling a turning point in strategies needed to contain the disease in the US.

US health authorities say it means the respiratory disease that has infected nearly 80,000 people worldwide and killed more than 2,800 in China is no longer an imported phenomenon but has taken up residence in the US.

“We still judge the general risk to the American public to be low and that includes residents of long-term care facilities,” Nancy Messonier, head of the Immunization and Respiratory Disease division at the Centers for Disease Control (CDC), told reporters in a call on Saturday. 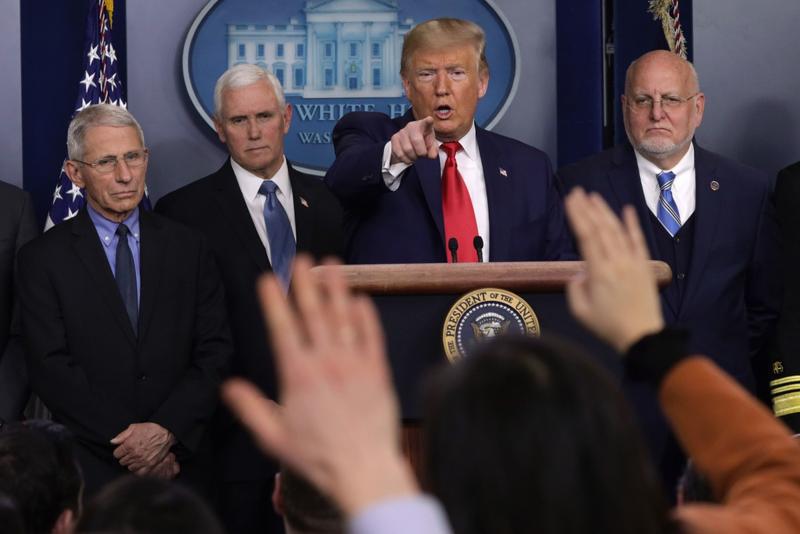 Messonnier said the agency would send teams to support investigations in California and Washington into how patients contracted the virus and help trace who else may have been exposed.

Until this week, the CDC had counted just 15 confirmed cases in six states as having been detected through the US public health system since Jan 21. Most were contracted by individuals while traveling in China. Only two person-to-person transmissions were documented among them, both between married couples.

An additional 47 cases have been confirmed among people recently repatriated, either from the Diamond Princess cruise ship quarantined in Japan or from the Chinese city of Wuhan, according to the CDC.

Health officials said the advent of locally transmitted infections means authorities need to expand their focus from detecting a relatively limited number of cases, identifying close contacts and isolating them, to one that also emphasizes greater prevention among the public at large.

In particular, individuals should be more vigilant about basic hygiene measures, such as washing hands often, avoiding touching their faces, covering coughs and sneezes and staying home from school or work whenever ill, health officials say.