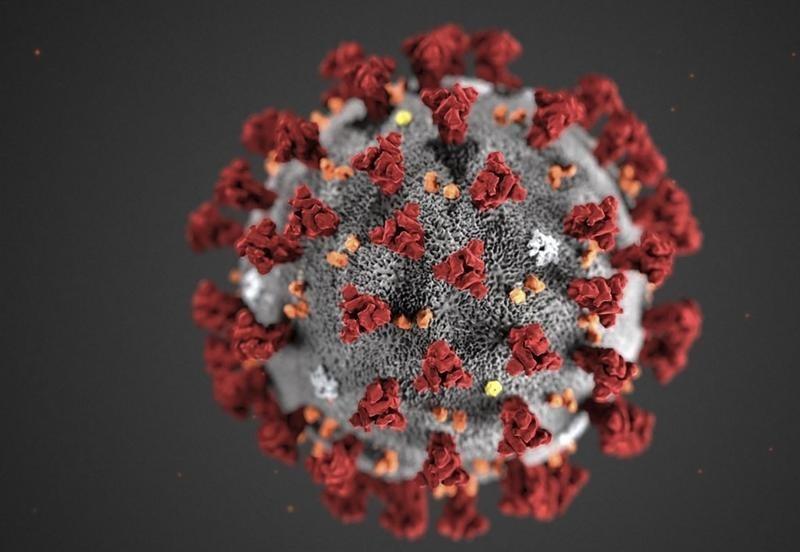 Even as US officials warn of an inevitable outbreak of coronavirus in the United States, and are alerting Americans to take precautions, some health agencies charged with protecting the public appear unprepared to deal with the threat.

Barely more than a handful of public health departments across the country are able to test for the novel virus, which began in China and has spread to at least 44 countries. The federal government has less than 10% of the protective masks required to protect healthcare workers and the public. And Washington still does not have adequate funding in place to support health departments’ efforts, though more money is on the way.

READ MORE: US kicks off clinical trial of antiviral chemical to treat COVID-19

Conflicting messaging from the White House and top US officials regarding the severity of the threat has only added to the uncertainty.

The US Centers for Disease Control and Prevention (CDC) this week for the first time advised American businesses, schools, hospitals and families to prepare for domestic acceleration of the virus, which has infected more than 80,000 people worldwide and killed nearly 3,000.

President Donald Trump on Wednesday assured Americans that the risk of coronavirus transmission in the United States was “very low.” Despite an explosion of cases in China over the past two months, the Trump administration only this week put in a request for US$2.5 billion to aid in the response, an amount both Republicans and Democrats have said is too small.

Critics of the federal response say the United States squandered precious weeks by focusing too narrowly on keeping the coronavirus from crossing US borders rather than marshalling resources to prepare American communities for a widespread domestic outbreak that officials now say was inevitable.

“This has been a realistic risk for a month, and the signal to trigger that kind of preparedness has only been going out in the last few days in an explicit way,” said Jeremy Konyndyk, a senior policy fellow at the Center for Global Development in Washington. “That’s a huge problem.”

There are 60 confirmed US cases of the novel coronavirus, which causes the disease known as Covid-19, US health officials said on Wednesday. But experts admit they have no way of knowing the true figure because access to testing at present is severely limited.

So far, the US strategy has focused almost exclusively on testing infected travelers, using a test that looks for genetic material from the virus in saliva or mucus. As of February 23, fewer than 500 people from 43 states had been or are being tested for the virus.

Currently, just seven state and local health departments have the ability to screen for the virus, the Association of Public Health Laboratories (APHL) said on Wednesday. CDC-developed tests issued three weeks ago were producing inaccurate results in some labs, so new tests had to be made and cleared by the US Food and Drug Administration (FDA), leaving many labs with no local testing capability, the group said.

The CDC and FDA have worked out a fix that will allow 40 more public health labs to do testing by the end of next week, the APHL’s Chief Executive Scott Becker told Reuters.

In the meantime, the burden has fallen largely on the CDC, which does testing for most of the country on its campus in Atlanta.

“Unfortunately, we are now in the bottom tier in countries capable of doing population-based testing,” said Dr. Michael Osterholm, director of the Center for Infectious Disease Research and Policy at the University of Minnesota.

US patients typically wait 24 to 48 hours to find out whether they have tested positive and need to be quarantined, health officials said, during which time those who are infected can spread the virus to others

US patients typically wait 24 to 48 hours to find out whether they have tested positive and need to be quarantined, health officials said, during which time those who are infected can spread the virus to others.

The CDC’s test is restricted solely for use by public health labs, but if the virus begins spreading widely in the United States, hospitals will need to be able to do the tests themselves, public health experts say. Such testing is typically done using kits produced by commercial companies. Several privately developed tests are in the works, but none have yet won approval from the FDA.

Some health experts also fault the narrow testing criteria that the United States is using to screen for potential infections. Currently, individuals with flu-like symptoms are only tested for the coronavirus if they have traveled to a country where the virus is spreading. This has raised concerns that there are far more cases in the United States than are currently recorded.

“If the majority of testing is all around airports or travelers, we won’t know whether it’s circulating in communities,” said Dr. Tom Inglesby, director of the Center for Health Security of the Johns Hopkins Bloomberg School of Public Health.

Those worries were reinforced on Wednesday when the CDC confirmed the first U.S. case of coronavirus in a California patient with no apparent travel history. The University of California Davis said in a statement the patient was transferred to the hospital with severe pneumonia and the hospital requested testing. But since the patient didn’t fit the CDC’s criteria, those tests were delayed by several days.

On Thursday, CDC said it is broadening those criteria to allow testing when the virus is suspected.

Around 15 state health departments contacted by Reuters raised concerns about challenges they would face in the event of community spread, including worries about not having enough personal protective gear to safeguard frontline medical workers.

The US Department of Health and Human Services on Tuesday estimated that the United States would need 300 million face masks to protect healthcare workers and the public from people infected with the virus. The country has fewer than 20 million of the kind of masks needed to protect healthcare workers in the Strategic National Stockpile, a government repository of medical supplies needed to address public health emergencies.

“There is a real concern the availability of this equipment may be limited, in part because of the public buying it in a panic when they don’t need it,” said Matt Zavadsky, head of the National Association of Emergency Medical Technicians.

The CDC’s test is restricted solely for use by public health labs, but if the virus begins spreading widely in the United States, hospitals will need to be able to do the tests themselves, public health experts say

President Donald Trump’s administration is considering invoking special powers through a law called the Defense Production Act to quickly expand domestic manufacturing of protective masks and clothing to combat the coronavirus in the United States, two US officials told Reuters.

With no COVID-19 vaccine or proven anti-viral medicine available, states are planning to isolate sick people in their homes, both to slow community spread and reduce pressure on hospitals, according to the CDC.

Their ability to track a rapidly expanding web of patients who test positive, and all the people with whom they have had contact, is of major concern, according to chief epidemiologists in several states.

Health departments in some states have purchased disease surveillance software to help them with that task. The state of Washington’s system, for instance, tracks patients and people they have had contact with, and asks them about their condition. If someone reports symptoms that merit hospitalization, the patient and doctors are informed of that.

The CDC said in a news conference on Tuesday that transmission of the virus could be slowed by the closure of schools and businesses and the cancellations of concerts and other mass gatherings.

But exactly who would make those decisions or how they would be enforced isn’t clear and could vary widely throughout the nation.

In Texas, for example, such decisions may be made by local officials, said Chris Van Deus, a spokesman with the Texas health department.

“Texas is a home rule state so the buck really stops with county judges and mayors,” Van Deus said.

Another concern is a flood of patients into health systems that are already overburdened in many parts of the country, particularly during winter flu season.

Washington state is considering temporary drive-through care facilities to stop potential coronavirus carriers entering healthcare facilities, mindful that hospitals can amplify outbreaks, as was the case with the viruses that cause MERS and SARS.

“The biggest challenge is getting a consistent message to the public with respect to their options with dealing with this virus,” Landen said.