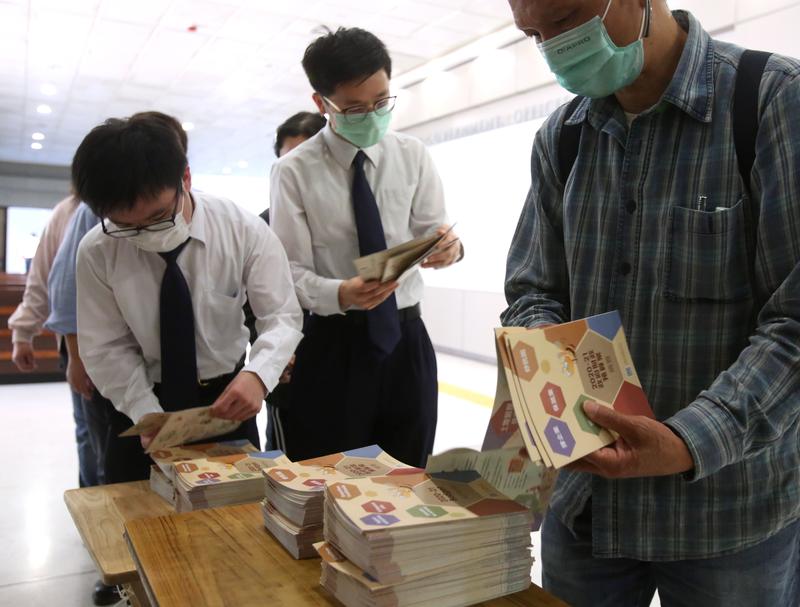 Chan unveiled the much-awaited budget Wednesday, pledging economic relief measures worth HK$120 billion as the city reels from an outbreak of COVID-19 caused by a novel coronavirus after months of anti-government protests.

In a statement issued after Chan's budget speech, Lam said the countercyclical measures proposed in the budget represented "an unequivocal commitment" by the Hong Kong government to rise to the challenge of overcoming adversity and helping people in need.

She added that the proposals complemented the initiatives set out under the recently established HK$30 billion epidemic relief fund.

In her statement, Lam said that Chan's forecast of the budget deficits continuing in the next few years served as a reminder that Hong Kong needed economic growth to generate more revenue to support the city's social development.

In her statement, Lam praised Chan for doubling the government’s efforts to promote both the Asian financial hub's financial services sector as well as emerging sectors, while focusing on the need to help the people of Hong Kong.

She appealed to the members of the Legislative Council and society at large to support the budget proposals, with a view to facilitating their early implementation.

Cheung stressed that while the deficit would hit an all-time high, it would not incur long-term financial commitments

Speaking at a media session after Chan's budget speech, Cheung noted that a budget deficit of about HK$139 billion had been forecast, but in the end, the government managed to introduce a HK$120-billion package of countercyclical measures to support enterprises, safeguard jobs, stimulate the economy and relieve people's burden.

In his budget speech, Chan said he expects the fiscal deficit for next year will be HK$139.1 billion, accounting for 4.8 percent of GDP.

With reference to that, Cheung stressed that while the deficit would hit an all-time high, it would not incur long-term financial commitments.

Cheung added that he was chairing the first committee meeting on the HK$30 billion epidemic relief package to review the implementation framework and timetable of the roll-out of the measures.