Outbreak means that many who were set to go overseas may have to make new plans, Yang Feiyue reports.

Students visit a college career center on campus to look for job opportunities in the United Kingdom. (PHOTO PROVIDED TO CHINA DAILY)

These have been testing times for student Chen Yong as he prepared for a key exam in the wake of the novel coronavirus outbreak that took a grip on the country since late January.

The 18-year-old high school student from Central China's Hunan province signed up in November last year for an SAT in Singapore this March, but he had to reschedule when the country temporarily suspended visas to Chinese visitors on Feb 1.

"It caught me off guard and I wasted no time looking for slots in Australia and New Zealand," Chen says.

However, both countries soon became inaccessible for Chinese test candidates like Chen.

Other possible options, like India and Malaysia, were also closed doors.

Then, the College Board, a nonprofit organization that administers the SAT and Advanced Placement exams, announced on Feb 18 that it had canceled the upcoming March administration in China and the registrations of students who appear to be traveling from China to other countries to take the SAT.

"All I can do now is focus on my preparations, but I will take the test in May or June," Chen says, adding that it will help ease the pressure.

"Even if I don't deliver my best performance, I will still get the feel for the test, which can be very helpful for me if I have to take it again in August or October," he says.

All TOEFL, GRE and IELTS tests that are required for overseas education in the Chinese mainland were also canceled amid the ongoing outbreak.

Yet, the temporary setback didn't deter the ambitions of many students toward pursuing an academic career abroad.

"I decided to study in the US when I was in middle school, and it's a little crazy that I'd give it up at this point," says Chen, who will apply for college admission next year.

China has remained the largest source of international students in the US over the past decade.

Students gather at the China stand during an international culture week in the UK. (PHOTO PROVIDED TO CHINA DAILY)

Approximately 370,000 Chinese students opted for undergraduate, graduate, non-degree, and optional practical training programs in the US during the 2018-19 period. This is up 1.7 percent over the 2017-18 period, says the 2019 Open Doors Report on International Educational Exchange by the US-based Institute of International Education.

They accounted for 33.7 percent of all international students in the US.

Applications from China to UK universities outnumbered those from the other regions outside the European Union, the UK-based Universities and Colleges Admissions Service reports.

More than 66,000 Chinese students opted for postgraduate programs in the UK during the 2017-18 period, up 15 percent compared with the 2016-17 period, says the UK-based Higher Education Statistics Agency.

Canada has 142,000 Chinese students holding study permits in 2018, accounting for 28.4 percent of its international students, according to the Immigration, Refugees and Citizenship Canada.

Since last year, international students can get their student visa extended to 6-12 months after graduation from UK colleges, while those who finish studies in Australia and meet the requirements can get a three-year work visa.

Canada and Japan have also offered favorable policies for international students to get work visas.

The ongoing situation isn't likely to affect this year's Chinese applicants in the long run, experts say. For example, for those applying to study in France, most of the application process will last until June, and some colleges will postpone face-to-face interviews or adopt online interviews, which will keep admission and visas from being interrupted, says Li Zhiping, an officer in charge of European school application at the Guangdong-based EIC Education Group.

As for language tests that are suspended due to the outbreak, Li suggests students take the break as an opportunity to pick up new pertinent professional programs and improve language skills for the upcoming tests and interviews. 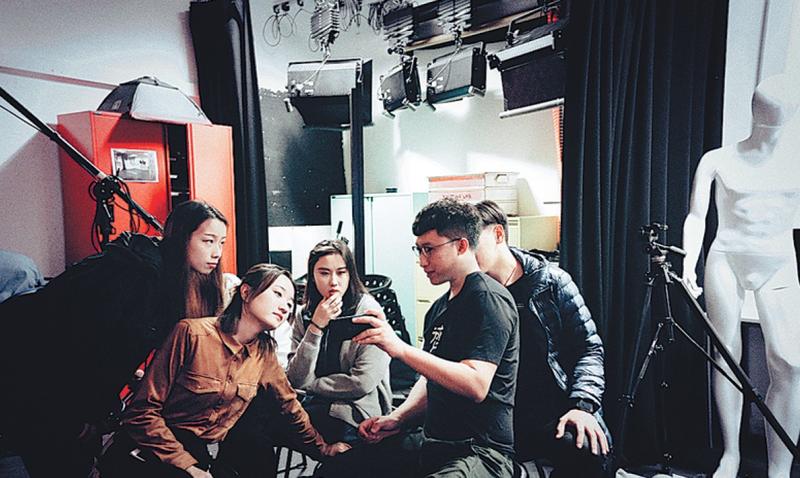 Students who have already received their letter of admission should pay close attention to entry and visa policy changes of the country they will leave for, experts say.

Several foreign universities have taken measures to help Chinese students who are affected by the coronavirus situation.

The University of Huddersfield in the UK has arranged its own language tests for Chinese students who couldn't take IELTS as a result of the outbreak.

"We've also developed many online courses for our students and partners," says Chen Jia, a senior official at the university's China Office.

Faculty members in different disciplines will be assigned to give lectures and answer students' questions via certain online platforms, such as WeChat and Sina Weibo, Chen Jia says, adding that Brexit will offer equal learning and work opportunities for Chinese and European Union students.

"We will keep close contact with students from Wuhan and offer timely and necessary aid," Chen Jia adds.

Huang Shiming, who runs a private overseas education consulting business in Changsha, capital of Hunan province, says that his business will not be affected much by the epidemic.

"The earliest application will end in November, and I'm sure the virus situation will be long gone," Huang says.

At the moment, his company has offered online training to its students. "So, it's business as usual."

Chen Yong is now busy preparing for his upcoming SAT and a few Advanced Placement courses that will earn him credit points in college.

"I'll apply for the UK at the same time, and see what happens," Chen Yong says.

"With Brexit, we international students might get better opportunities in seeking an internship or a job."