Hoping for a happy sequel 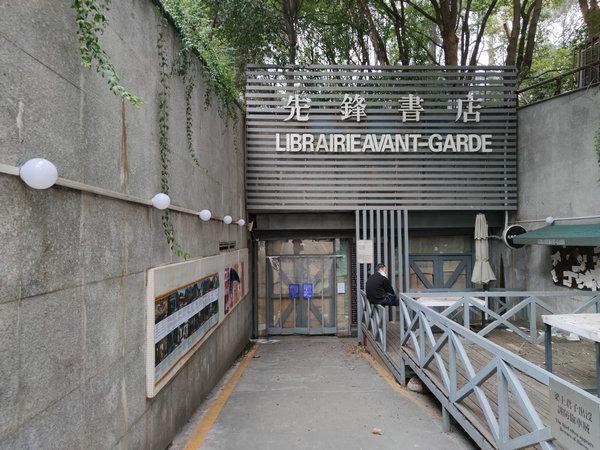 The Xijialou branch of the Librairie Avant-Garde bookshop in Nanjing, Jiangsu province, has been closed during the outbreak of the epidemic. (ZHAO YU / FOR CHINA DAILY)

These days, it takes one hour and a half for Zhang Yu to commute from his suburb home to Librairie Avant-Garde, a bookshop where he works, located in downtown Nanjing, East China's Jiangsu province. Since the novel coronavirus outbreak in China, fewer buses have been operating in the city, to contain the spread of the virus.

He gets up at 7 am, and when he arrives at the bookshop, it is 8:30 am. No other staff members show up during the day shift, neither will customers. The 3,700-square-meter bookshop has been closed since Jan 24, Lunar New Year's Eve, as have the other 14 branches of the bookshop, located elsewhere in Nanjing and five other cities.

We don't know when to open. It all depends on the government's notification

"We don't know when to open. It all depends on the government's notification," says the 31-year-old bookseller.

Zhang has been working at Xijialou, the branch of Librairie Avant-Garde in Nanjing Presidential Residence, a popular tourist attraction, for five years.

During Spring Festival, the flagship store of Librairie Avant-Garde used to take a break of two to three days. However, in the last three years, as more Chinese people travel to Nanjing during the long holiday break and visit the bookstore to take photos, drink coffee and shop for books and souvenirs, the store decided to stay open during the whole of the festive period. 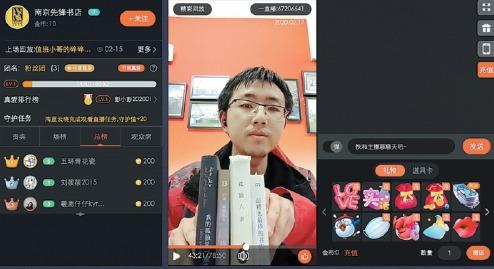 Usually he would answer customers' questions and help them to pick books, but now the presidential residence is also closed, and as a Nanjing native, Zhang takes the shifts to come to the flagship bookstore to maintain the equipment, or to help online customers and colleagues to look for books.

But now, due to the epidemic outbreak, even after the end of the holiday, the bookshop is still shut. Most staff members work at home, relying on the internet to attract readers and sell products, in an effort to reduce the loss as much as possible, which is not proving very effective.

By the end of 2019, there had been more than 70,000 bookshops across China. Librairie Avant-Garde is just one of tens of thousands of bookstores which are suffering from the suspension of business due to the epidemic.

The meager profits of bookshop businesses and a shortage of funds will make it difficult for most medium-and-small-sized bookstores to weather up to three months of the current circumstances, according to a report by an association aiming to represent the interests of China's physical bookshops, set up by a cultural company. The poll was conducted among 1,021 independent bookstores across the country at the start of February and released on its official WeChat account, Shumeng. 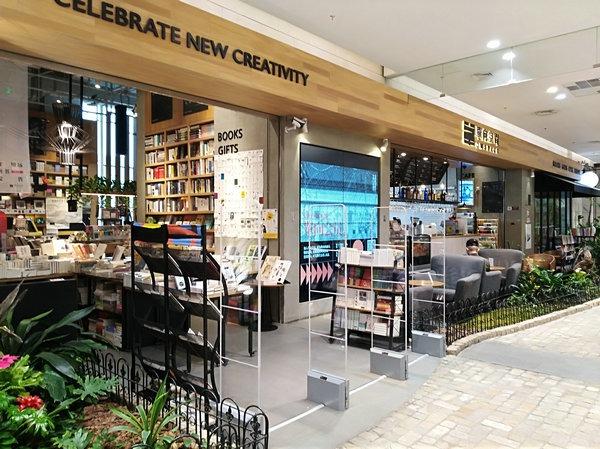 Compared with chain bookstores and the State-owned Xinhua Bookstore system, independent bookshops are suffering the worst, confronted with their harshest challenge since 2013, and many may not be able to survive even after the epidemic ends, the report says.

Nearly 93 percent of the 1,021 bookstores polled are of a small scale with a monthly expenditure below 500,000 yuan (US$71,291).Among them, only 136 are located in first-tier cities like Beijing, Shanghai and Guangzhou.

After completing the questionnaire, more than 100 independent bookshop owners from the third－and fourth-tier cities wrote to the association, asking for revival solutions for their sinking businesses.

Over 99 percent of the 1,021 bookstores polled say their incomes are not reaching normal levels, while 926 stores have now suspended their business, but the report estimates that the real situation might be even worse.

"Even if some bookstores reopen, their income is very likely to drop by half or more," it says.

Over 87 percent of the polled bookstores say that they do not have incomes from other sources other than the store itself. Nearly 80 percent say that their cash flow will only cover them for around three months, while more than 34 percent say that period is less than one month. Only one-fifth of bookstores polled say they will be able to carry on up to half a year. 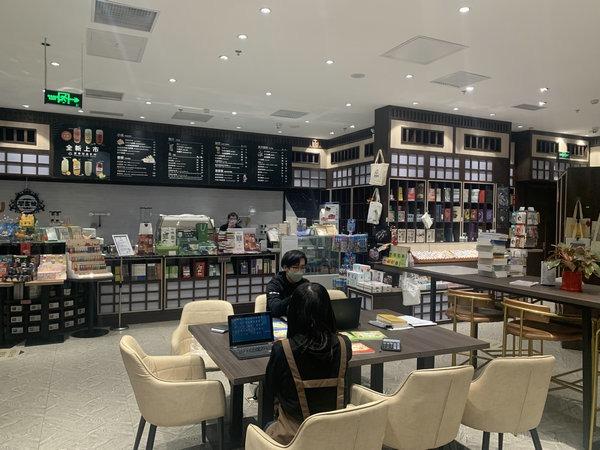 Nearly 44 percent of the respondents say that they are confident that their income can reach half of that recorded before the outbreak if they resume operation after the epidemic, while over 37 percent say the income might be even lower than half of what it was. Less than 16 percent of bookstores expect that the situation will return to normal levels and only 3.5 percent say it will be better.

According to the report, the bookstores are most concerned about their lower income and high expenditure for rent and labor costs. The most urgent need is to reopen as early as possible and with the government's support, the report says.

"We need to realize that there will be a certain number of bookstores that may have to permanently close in the months to come, which is the normal result of market dynamics. We can't stop it, but we may be able to reduce such cases with the right help," the report says.

On Feb 12, after discussing it with colleagues, Zhang at the Librairie Avant-Garde decided to try something new. He turned to livestreaming applications, showing 500 online viewers around the spacious underground bookshop, which was once a parking lot. In the one-hour live broadcast, he not only presented the layout and decoration of the bookshop, but also discussed the books and authors that appeared on camera. He hosted an impromptu literature quiz, in which audience members actively participated.

"It was my first time doing a livestreaming broadcast, and I seldom watch any, so it's a bit strange," Zhang admits, speaking about his debut hosting experience. "It's quite spontaneous and casual, just like when I show customers around who visit the shop. I mainly focus on the sections of literature and natural science that I'm familiar with."

So far, the video has been watched more than 20,000 times online. On Feb 15 and 17, he hosted two more livestreaming broadcasts, sitting in front of the camera and introducing books that readers are interested in.

Although Zhang has garnered tens of thousands viewers for the livestreaming broadcast－providing some metric of success to the trial－he still doesn't think the new method can really help them to sell books, "because even if the audience is interested in certain books, they don't necessarily buy them from our online shop. Instead, they may buy a cheaper copy from other sellers".

Mostly, he says, the livestreaming and book recommendation videos he and his colleagues post online are "for branding purposes or to inspire people to read", and that hopefully, when the outbreak is over, those viewers "will want to visit our bookshop and buy books".

Also, in order to gain more income, Librairie Avant-Garde has been promoting its Blind Pick service to readers. The service was launched back in 2014 inspired by the book 84, Charing Cross Road. At first, it was a bit of fun for both staff members and customers, who would create a riddle for the staff about the themes they enjoy by leaving a message while purchasing the service online.

Gradually, this "blind date with books" became so popular among readers, Blind Pick is now one of the signature services that the bookshop provides. Today, it is one of the few services that can actually reach readers and help to drive revenue.

Despite the difficulties, a few bookstores have strived to reopen their doors. The One-Way Street Bookstore's branch in Beijing's Chaoyang Joy City is among them. It resumed operation on Feb 10 and the number of staff members has been reduced from seven to the current two－one bookseller and one barista.

Wu Yanping, One-Way Street Bookstore's book manager, says that the current number of customers has dropped by over 90 percent. On average, the bookshop sells 15 books a day, and without enough buyers, it has stopped providing cakes to avoid unnecessary waste.

"Judging from the situation since Feb 10, sales have dropped by 80 percent, meaning we are losing money for sure," says Wu.

According to estimates, One-Way Street's total sales in January and February will fall by nearly 65 percent compared to the same period of last year. If such a situation continues, "we can only keep it up for two to three months before we'll be forced to close, so it's really serious now", he says.

In order to increase sales, apart from online shopping platforms, like many other bookstores, One-Way Street has launched prepaid cards, which "is far from enough to support the operation of the shop".

"We are also making book lists that readers may be interested in, like books about virus transmission. Although people don't go to bookshops, they still need books," he says. "When delivery systems return to normal, things will get better, so we are promoting books through WeChat groups or livestreaming platforms."

According to the report, suspension of businesses due to the virus outbreak has forced bookshops to think harder about how to find targeted consumers, how to connect them and how to attract them to buy products, especially via the internet.

"Although many bookstores have tried to promote products online, the sales are limited, far below the level of physical bookshops before the outbreak," writes the report.

Xiang Aiqun, manager of the Rongke branch of Zhong Shu Ge in Beijing, agrees, saying that, from what she has seen, online promotion provides very limited help in increasing sales.

"Most people are watching them for fun. It is hard to say how many people will really buy the books we promote online," she says, admitting that "people are concerned more about the epidemic rather than reading books".

Despite the twists and turns, Xiang still sees livestreaming as one of the new promotional methods for bookstores, although she doesn't see it as the best-selling tool for bookshops.

"Livestreaming is a new area for us," Xiang says. "We need time (for it to bear fruit). Even Li Jiaqi, the most famous livestreaming cosmetics seller in China, was relatively obscure for two years before becoming an internet sensation."

The good news is, according to a new policy by the government, the bookshop is exempt from its rent payment in February, and the rents for March and April will be cut in half.

"It's really tough for us," she says. "However, we are still trying our best to find solutions every day. We are promoting our bookshop and its books on various online platforms such as TikTok, Sina Weibo and WeChat.

"They may not work, but what we want to achieve the most is to find a way to keep our spirits up. We don't want to give in to the circumstances too easily."

The bookstore hopes to find sustainable ways that can still be applied in the future when everything returns to normal, Xiang says.

"We are not trying everything. We want to find solutions that we can continue to use after the epidemic is under control," she adds.