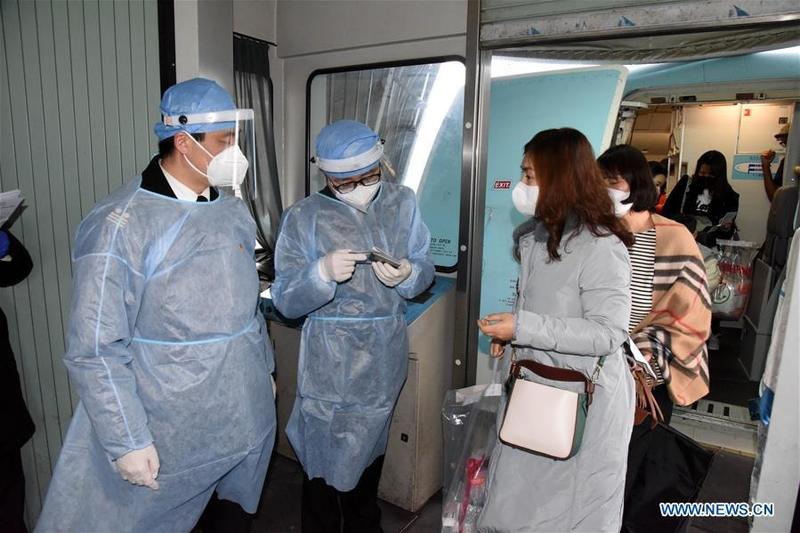 BEIJING/WUHAN - The Chinese mainland's daily number of new confirmed cases of COVID-19 caused by a novel coronavirus outside Hubei province, epicenter of the outbreak, dropped to 5 on Tuesday, according to the National Health Commission.

The commission said Wednesday it received reports of 406 new confirmed cases on Tuesday from 31 provincial-level regions and the Xinjiang Production and Construction Corps, including 401 from Hubei.

Tuesday marked the seventh consecutive day that the daily number of new infections on the mainland remained under 1,000.

On Monday, 9 new confirmed cases were reported outside Hubei. The Sunday figure stood at 11.

The commission also reported 52 deaths on Tuesday, all of which were in Hubei.

In Hubei, the provincial health commission reported 401 new confirmed cases, bringing the tally in the hard-hit province to 65,187.

Also on Wednesday, the National Health Commission said 2,422 patients were discharged from hospital after recovery on Tuesday.

The daily number of recovered patients has surpassed that of the newly reported infections for the eighth consecutive day, according to the data

The daily number of recovered patients has surpassed that of the newly reported infections for the eighth consecutive day, according to the data.

A total of 29,745 people had been discharged from hospital after recovery by the end of Tuesday, the commission said.

In Hubei, 2,058 patients were discharged from hospital after recovery on Tuesday, bringing the total number of discharged patients in the province to 20,912.

Among the 36,242 hospitalized patients in the province, 6,840 were still in severe condition and another 1,486 in critical condition.

By the end of Tuesday, 2,715 people had died of the disease and 78,064 confirmed cases had been reported in 31 provincial-level regions on the mainland.

The commission said that 2,491 people were still suspected of being infected with the virus.

Eighteen patients in Hong Kong, seven in Macao and five in Taiwan had been discharged from hospital after recovery.