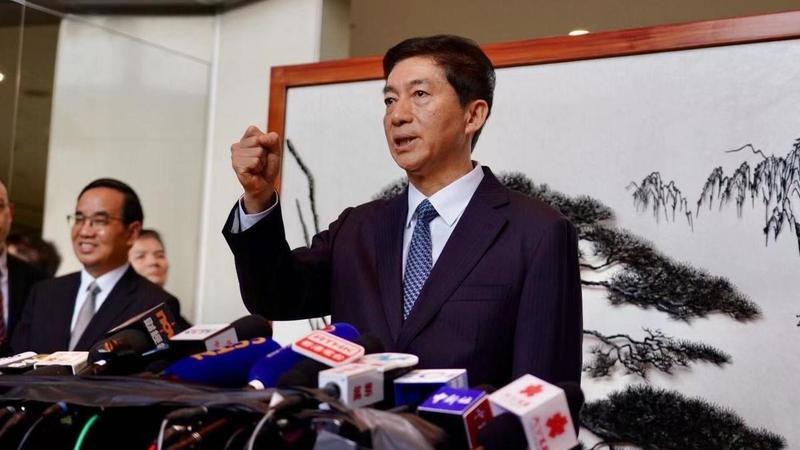 Hong Kong’s national lawmakers and top political advisors have welcomed a “touching” and “inspiring” letter from the central government’s top representative in the HKSAR, saying it has given them courage and confidence in the battle against the novel coronavirus epidemic.

Luo Huining, director of the Liaison Office of the Central People’s Government in the Hong Kong Special Administrative Region, issued an open letter on Thursday to all Hong Kong deputies to the National People’s Congress and local members of the National Committee of the Chinese People’s Political Consultative Conference.

In the seven-page letter, Luo said the key to overcoming the virus is confidence, compassion and concerted efforts. He also believed that the epidemic would be overcome soon, and Hong Kong would regain its vigor after going through such a tough time.

In the seven-page letter, Luo  Huining said the key to overcoming the virus is confidence, compassion and concerted efforts. He also believed that the epidemic would be overcome soon, and Hong Kong would regain its vigor after going through such a tough time

CPPCC National Committee member Irons Sze Wing-wai said although Luo had only recently assumed his post in the SAR, his words show his love and deep care for Hong Kong people, especially those who remain stranded outside the city due to the epidemic.

In his letter, Luo hailed the return of more than 100 Hong Kong passengers who had been stranded aboard the Diamond Princess cruise ship in Japan as the “biggest news” of the day.

Yeung Chi-hung, another member of the country’s top advisory body, said the letter not only revealed the work that has been done to contain the outbreak, but also laid out what remains to be done after the epidemic is over.

Luo also condemned some people for exploiting the health crisis to polarize society for political agendas, and urged residents to stay calm and not to be misled by rumors.

“At the critical juncture in the fight against the epidemic, we need to better inform Hong Kong people of the real situation on the mainland, and unite for the good of society,” she said.

Another NPC deputy Chan Man-ki took heart from the country’s support for the SAR mentioned in Luo’s letter, saying that the country always has the interests of its citizens at heart, and will help people overcome the difficulties.

Luo said the nation fully supports Hong Kong’s efforts to combat the epidemic, as shown by the mainland’s shipping 17 million face masks to Hong Kong and the suspension of tourist visas to the city.