Teachers and students of two leading art schools in China shine a spotlight on the epidemic through their artwork, Lin Qi reports. 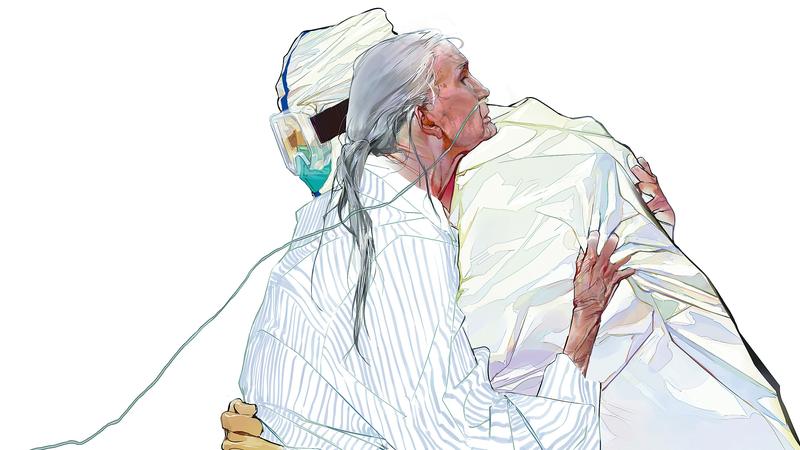 Some of the artworks created by teachers and students from the Central Academy of Fine Arts and the Academy of Arts and Design of Tsinghua University－ Endless Black and White, an illustration by Liu Shiyang. (PHOTO PROVIDED TO CHINA DAILY)

Artists are among those who are closely observing how people from different walks of life in China are responding to the public health emergency caused by the coronavirus outbreak and are highlighting efforts in disease control within communities through their artwork.

In Beijing, teachers and students from the Central Academy of Fine Arts and the Academy of Arts and Design of Tsinghua University have employed a range of forms and styles to create paintings, calligraphy pieces, sculptures, posters, illustrations, comic strips and animation, which are being shared via the two schools' WeChat accounts. 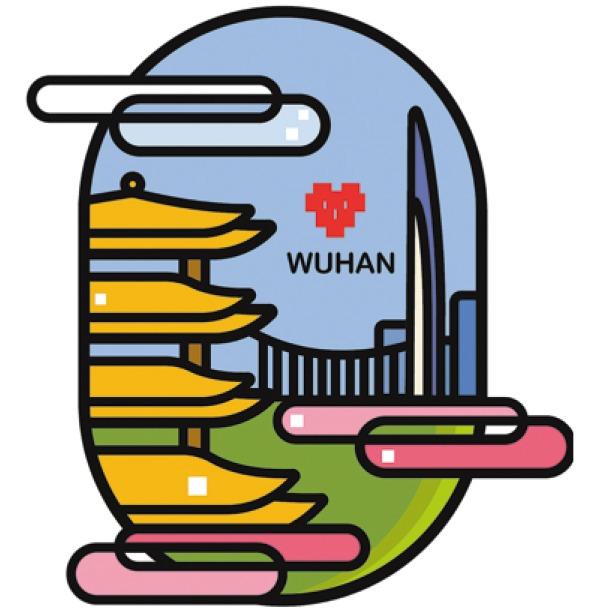 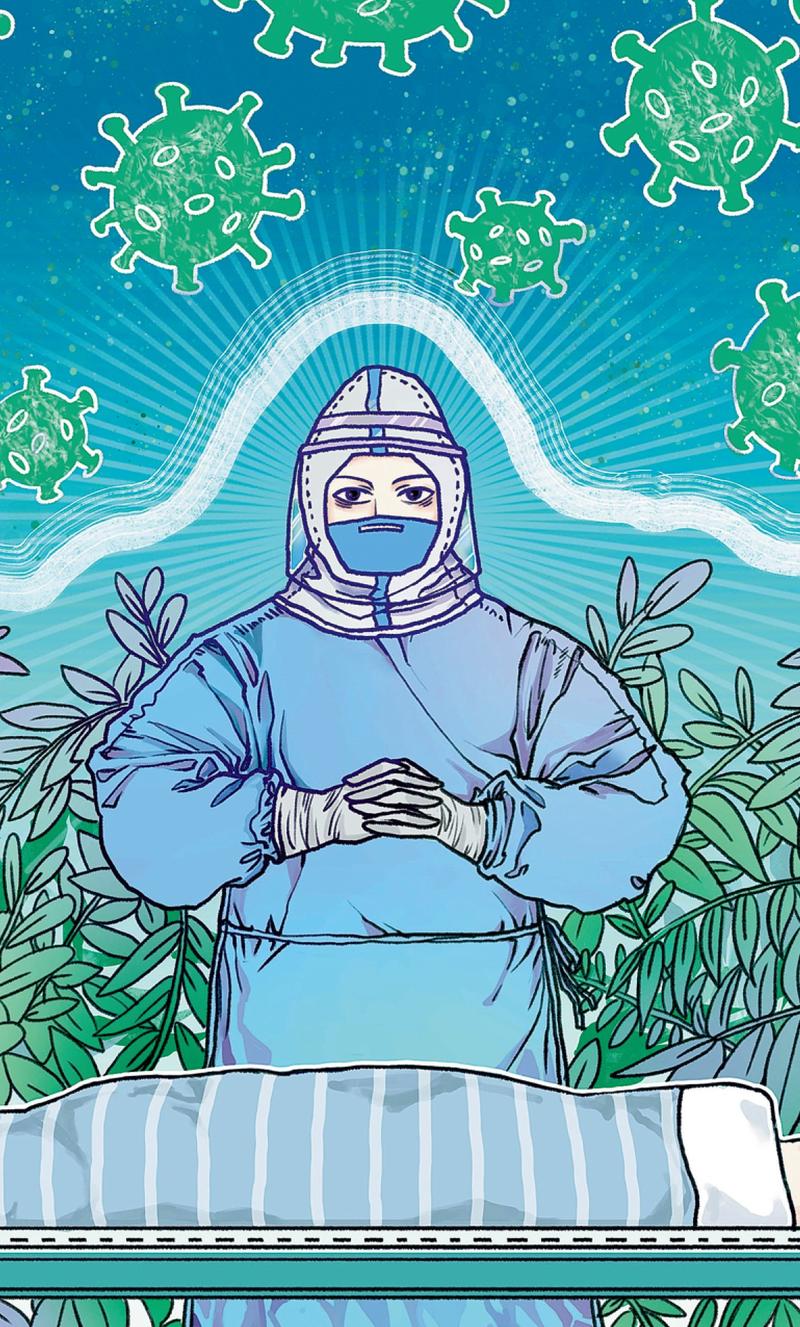 Huang Yongyu, among the older artists, has made a colored ink painting that shows a red cross and a hand making a victory sign, with an inscription reading, "The Chinese live in a commanding manner." The 96-year-old retired professor from the central academy has painted other pieces to reflect the plight of people at this difficult time and boost their morale.

Wuhan native Lyu Zhongyuan, another retired teacher and designer from the same school, has expressed his mixed feelings of worry and hope for Hubei province's capital, the epicenter of the outbreak, with a watercolor titled Homeland that shows rays of sunlight breaking through the clouds to shine on the city's main railway station. 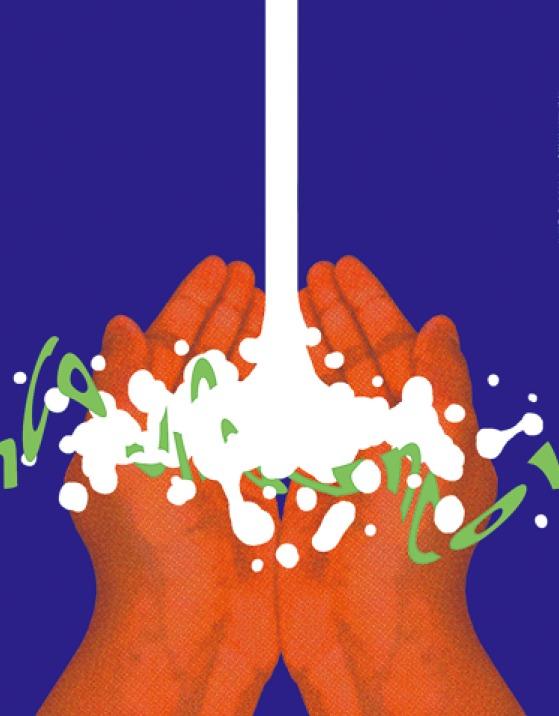 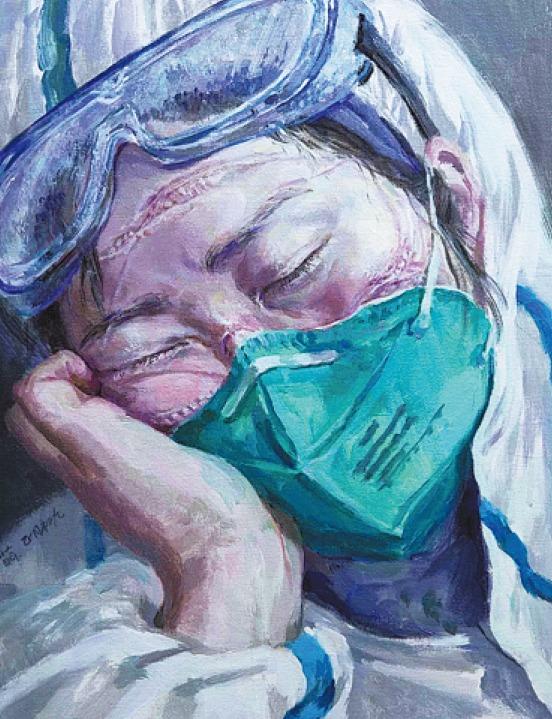 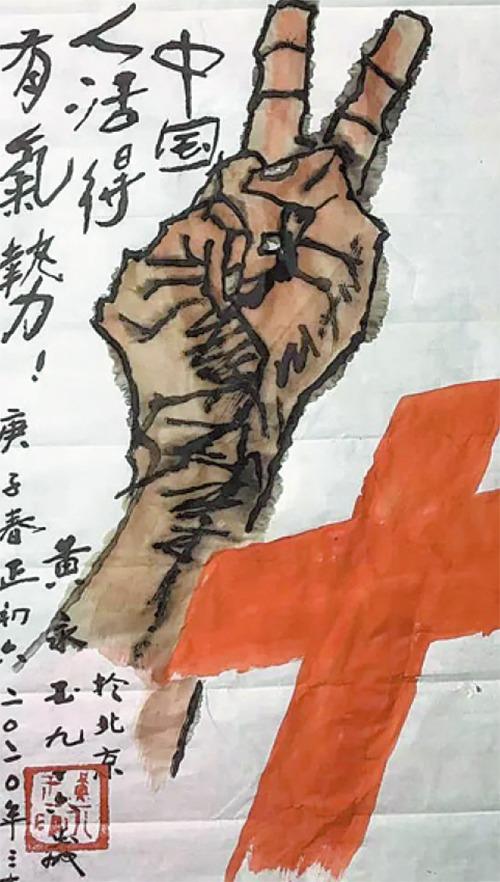 The Chinese Live in a Commanding Manner, a painting by Huang Yongyu. (PHOTO PROVIDED TO CHINA DAILY)

Medical workers and soldiers on the front line of the fight against the epidemic are portrayed in many of the artworks. Some have adopted a metaphoric approach to show the artists' respect for them.

Designer Li Li was inspired by pottery figurines of the Western Han Dynasty (206 BC-AD 24) while creating a series of comics, which center on the journey of a soldier escorting Han diplomats to Xiyu, the western region in ancient China. Li has developed a new series in which the soldier－symbolizing the People's Liberation Army－battles the virus.

Themed illustrations for children related to the epidemic is an option favored by artists like Gong Jing, who had studied at the Central Academy of Fine Arts and whose hometown is in Hunan province, which neighbors Hubei.

"Every parent should seize the opportunity to educate their children about personal hygiene and disease prevention measures and they themselves should set a good example," she says. "It is the basic responsibility we ordinary people carry at this time, not just to keep our children safe but also our home and country."