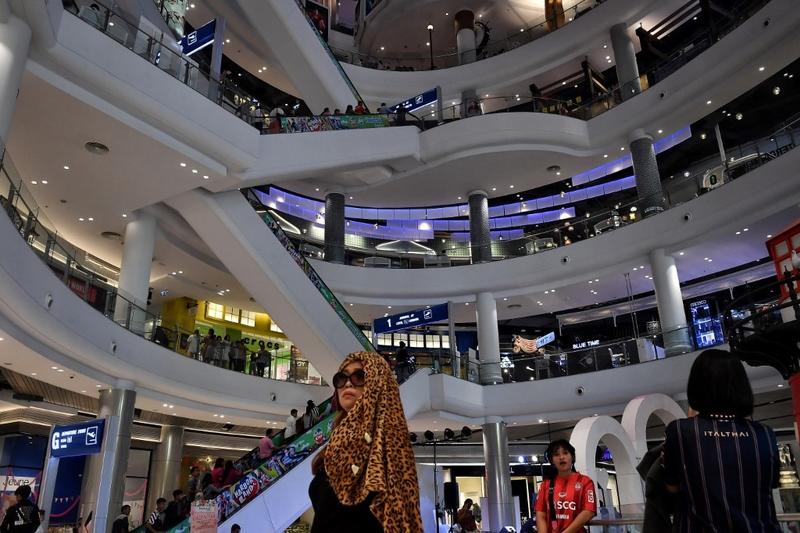 This photo taken on Feb 15 shows people walk around the Terminal 21 shopping mall one week after a lone soldier shot and killed 29 people during a 17-hour-long shooting spree in several locations across the city, in the northeastern Thai province of Nakhon Ratchasima. (LILLIAN SUWANRUMPHA / AFP)

BANGKOK — A man killed his ex-wife and wounded another person at a shopping center in Bangkok on Tuesday, police said, just 10 days after a mass shooting at another mall in Thailand’s northeast.

The man had gone into a beauty clinic at Century The Movie Plaza mall where his ex-wife worked and opened fire, killing her and wounding a bystander, Colonel Kissana Pattanacharoen said.

The gunman was arrested while on the run in another province, police said on Wednesday morning

The gunman was arrested while on the run in another province, police said on Wednesday morning.

He was charged with premeditated murder and illegal gun possession, and three other charges.

The shooting came with Thailand on edge after the shooting rampage earlier in the month.

On Feb 8 and 9, a soldier killed at least a dozen people at the Terminal 21 shopping center in the city of Nakhon Ratchasima. He had earlier killed his commanding officer, other soldiers at his base and several people at a Buddhist temple.

Gun ownership is relatively common in Thailand, with about 10 million privately owned firearms in the country in 2016, according to Gunpolicy.org, or one for about every seven citizens.

Most violence involving firearms stem from personal disputes or robberies. Mass shootings or killings in public spaces are rare other than in the far south, where a decades-old insurgency persists.