A nurse (left) looks at a one-year-old boy as his father and mother (right) speak to the media during a ceremony marking their release after recovering from the COVID-19 coronavirus, at the Youan Hospital in Beijing on Feb 14, 2020. (GREG BAKER / AFP)

Chinese State Councilor and Foreign Minister Wang Yi said that with the joint efforts of China and all parties, he believes the epidemic will end soon

Wang thanked Japan for its understanding and support for China's fight against COVID-19, noting that stories of many Japanese people extending a helping hand to China have been spreading on the Chinese Internet, from which the Chinese people have felt the friendship and warmth from Japan as a neighbor.

The mutual support between China and Japan in this fight against the epidemic fully reflects the tradition of mutual help among Eastern countries, Wang said, adding that he believes the friendship between the two peoples will be further deepened.

Wang said that with the joint efforts of China and all parties, he believes the epidemic will end soon. The Chinese economy has been affected by the epidemic, but efforts can be made to make up for the losses. China's goals of building a moderately prosperous society in an all-round way and winning the battle against poverty this year will certainly be achieved. 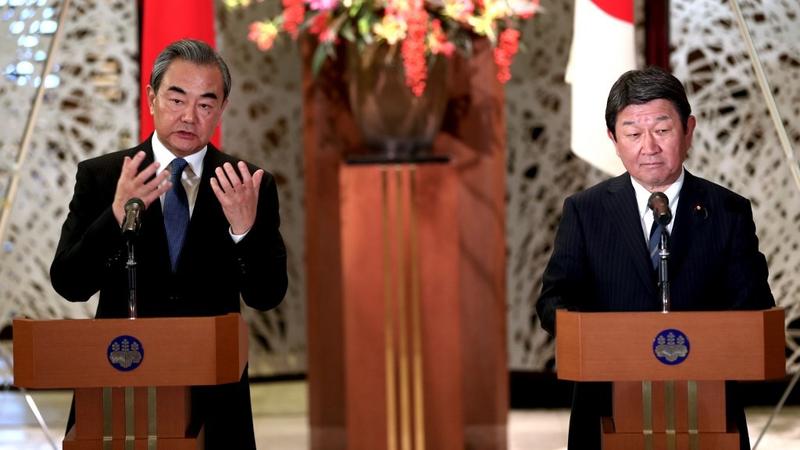 China is willing to continue to strengthen mutually beneficial cooperation with Japan in economy, trade, personnel exchanges and other aspects to jointly push bilateral strategic relations of mutual benefit to a new level, and bring more benefits to the two countries and peoples, Wang said.

For his part, Motegi said that China has made great efforts to control the spread of the virus, which Japan highly appreciates, and that he believes China will be able to overcome the epidemic at an early date.

Japan is willing to continue to fully support and help China, work closely with China to further deepen cooperation in various fields, and jointly prepare for important high-level exchanges between the two countries this year, so as to score new developments in Japan-China relations, said Motegi.