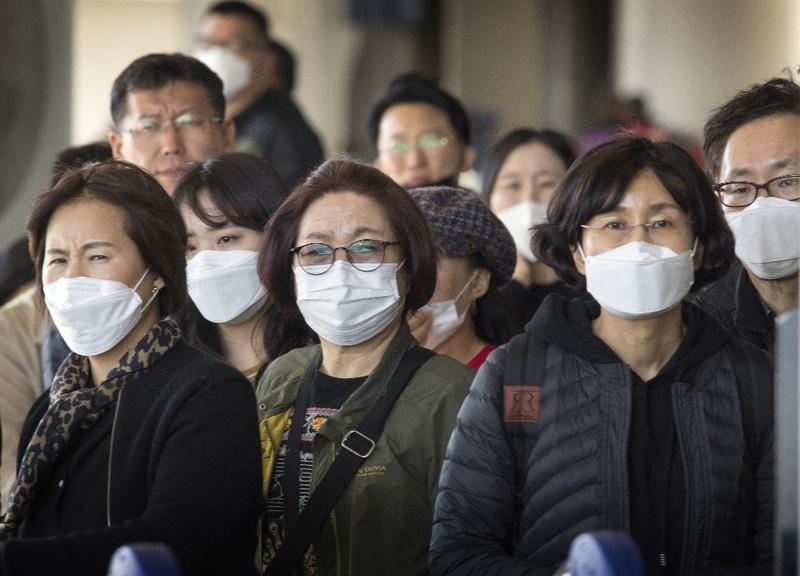 Passengers wear face masks to protect against the spread of the Coronavirus as they arrive on a flight from Asia at Los Angeles International Airport, California, on Jan 29, 2020. (MARK RALSTON / AFP)

A flyer in Los Angeles’ Carson area, with a fake seal of the World Health Organization, tells residents to avoid Asian-American businesses because of a coronavirus outbreak. A Los Angeles middle schooler is beaten and hospitalized after students say he is as an Asian-American with coronavirus.

And over 14,000 people sign a petition urging schools in the Alhambra area to close over coronavirus risks, even though there is only one case of the virus in Los Angeles County, with its population of 10.1 million.

These are some of the hoaxes, assaults and rumors Los Angeles authorities spoke out against on Thursday to stamp out anti-Asian bigotry bubbling to the surface in California, where over half of the 15 US coronavirus cases are located. 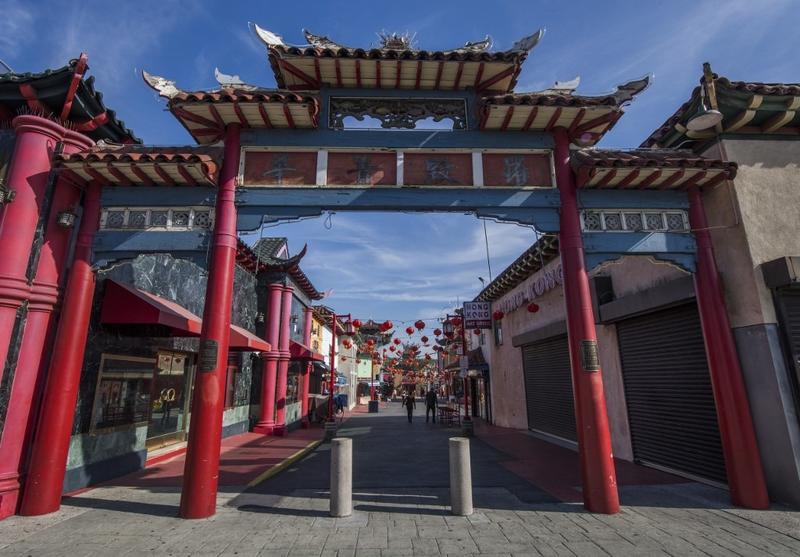 View of a deserted Los Angeles Chinatown as people stay away due to fear of the novel coronavirus, COVID-19, epidemic after the US has now 15 confirmed cases, in Los Angeles, California, on Feb 13, 2020. (MARK RALSTON / AFP)

We’re not going to stand for hate

Bullying and assaults of Asian-Americans are being reported from New York to New Mexico, sparked by unfounded fears that they are somehow linked to a virus that appears to originate in China.

With by far the largest Asian-American population of any US state, officials in California are aggressively trying to get ahead of such hate crimes before they spread.

Existing prejudice against Asians has combined with media images from China to create fears that Asian-Americans are more likely to be virus carriers. The discrimination could get worse given chances the virus may spread in US communities in the weeks and months ahead, said Robin Toma, head of the Los Angeles County Human Relations Commission.

Face masks commonly worn by Asians to protect against germs or prevent their spread have become a flashpoint, with wearers insulted or attacked out of fears they have the virus, he said at the news conference.

“We need you to step up and speak out when you see it happening to others,” he said.

Anti-Asian sentiment emerged in 2003 during the outbreak of Severe Acute Respiratory Syndrome, or SARS. That was before the emergence of social media platforms like Twitter, where racism, hoaxes and slurs get amplified.

The issue is not isolated to California.

New York City designer Yiheng Yu works in an office where many colleagues have recently returned from China and where she and others wear face masks as a precaution.

On one occasion when she wore a mask outside her office she was accosted by a woman.

“She started yelling, ‘Are you Crazy? Get the heck out of here,” said Yu, 34. “I realized it was because I was wearing a mask.”

“I had a staff member who was in the Albany train station and she was coughing a little bit and someone approached her asked if she had the virus,” said Kim, who on Feb 7 established the Asian American Health Advisory Council to educate New Yorkers about the virus. 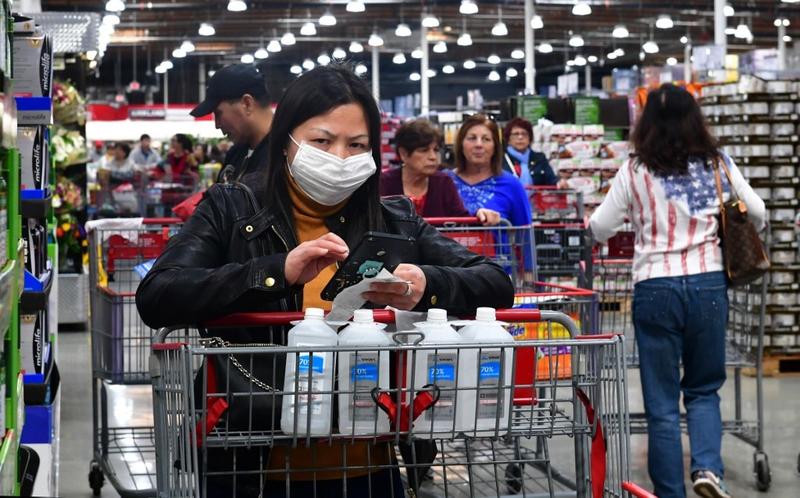 A woman wears a face mask while purchasing bottles of rubbing alcohol at a Costco store in Alhambra, California on Feb 4, 2020. (FREDERIC J BROWN / AFP)

“We live in a very fear-driven society as it is, so if we add an extra layer it’s bound to happen, people are going to be ugly,” he added.

“Businesses and restaurateurs have seen a steep decline in their patronage,” Kulkarni said of Asian proprietors. “We only have one case of the coronavirus here in LA.”