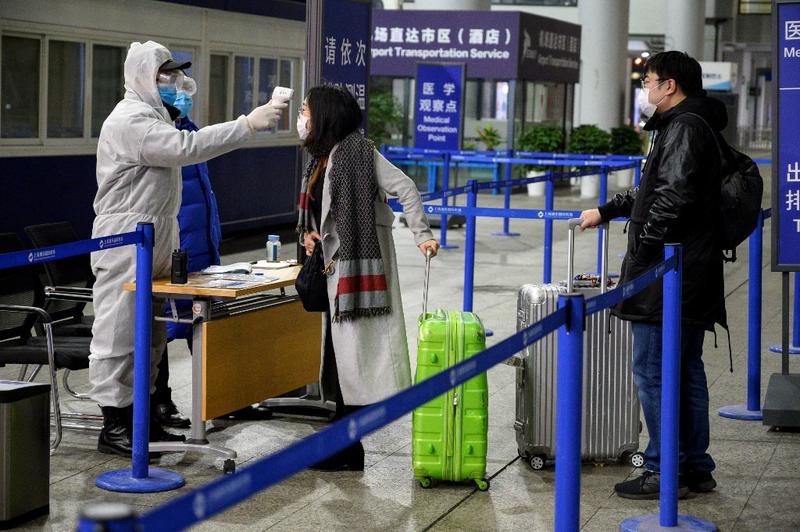 A security personnel checks the temperature of a passenger arriving at the Shanghai Pudong International Airport in Shanghai on Feb 4, 2020. (NOEL CELIS / AFP)

SINGAPORE - The UN’s International Civil Aviation Organization (ICAO) forecast global airline revenue could fall by US$4 billion to US$5 billion in the first quarter due to flight cancellations linked to the coronavirus outbreak, it said in a statement.

The UN aviation agency said the coronavirus outbreak was expected to have a greater industry impact than that caused by SARS in 2003, in light of the higher volume and greater global extent of the flight cancellations being seen

The Montreal-based agency said on Wednesday the virus was expected to have a greater industry impact than that caused by the 2003 Severe Acute Respiratory System (SARS) epidemic, in light of the higher volume and greater global extent of the flight cancellations being seen.

This has resulted in an 80 percent reduction of foreign airline capacity for travelers directly to and from the mainland, and a 40% capacity reduction by Chinese airlines, the agency said.

The preliminary estimate does not include potential impacts on cargo-only aircraft, airports, air navigation service providers, to domestic air traffic on the mainland or traffic to Hong Kong, Macao and Taiwan, ICAO said.

ALSO READ: Cathay to cut 90% of flights to Chinese mainland due to virus

The agency also forecast that Japan could lose US$1.29 billion of tourism revenue in the first quarter due to the drop in mainland travelers and Thailand could lose US$1.15 billion.