Editor’s note: In this new series, we’d like to share stories and experi­ences of expats on how they are dealing with the novel coronavirus pneumonia outbreak. 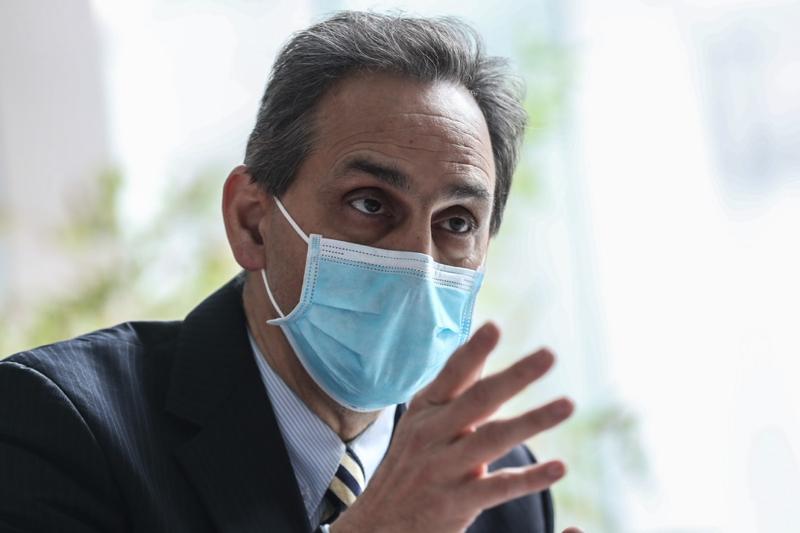 Author Mario Cavolo of the United States might be known for his books about China, but it is one of his LinkedIn posts that has gone viral on the internet.

Based in Shenyang, Liaoning province, the Italian American writer had on Feb 5 written a commentary on the social networking site about the global reactions to China during the ongoing novel coronavirus pneumonia outbreak.

The article, titled Something's Not Right Here Folks, delves into the overreaction of some Western governments, the discrimination against Chinese people and Western media coverage that discredits the Chinese government's efforts in controlling the epidemic. Cavolo also compares China's response to the novel coronavirus epidemic with the 2009 H1N1 pandemic in the United States, and highlights the contrasting reactions to the two health crises.

An excerpt of his article, which has since been viewed more than a million times, reads, "During 2009 H1N1 outbreak, I don't recall xenophobic anti-America attacks across the globe, do you? Do you recall it took six months for the United States to declare a national emergency? Did any government from the onset in April 2009 through the end in April 2010, including the month of June, when H1N1 was declared an international emergency global pandemic, then send out a notice to its citizens that they should leave the US? Close their borders to American travelers? Nope, not a peep."

In an interview with China Daily on Wednesday, Cavolo explained what compelled him to write the post.

"Every country is great, and every country has problems, but when we read major headlines in the West, we find these negative slams, these negative biases. ... I felt tired of it, so I wrote the article, "he said. "Surely enough, I struck a nerve in the hearts of people."

Cavolo said that the majority of the comments on his post have been "super supportive", noting that many people agree with him.

Maria Vesterlund, a former General Electric senior supply chain manager who is based in Shanghai, is among those who share the sentiment.

"We moved to Shanghai last year in August and now sadly face the same media pollution of gossips and panic information spread. ... I hear friends telling me they don't go to the local Chinese restaurants in Munich or Frankfurt－afraid of the coronavirus," she wrote in her comment on Cavolo's post.

"We stay here and do not run away. ... We feel with the people here, locals and expats who suffer the consequences, closing their shops, missing their incomes for living, staying home for weeks, not meeting friends, missing all the joy of life－to support the stop of spread around."

READ MORE: Believing in China will benefit all mankind

Born in Yonkers, New York, Cavolo moved to China in 1999 and worked as a consultant for various companies before starting his own business in public relations. He has written two books on China's economic boom and lived in several cities across the country, including Chengdu in Sichuan province, Hangzhou in Zhejiang province and Shanghai. He currently resides in Shenyang, his wife's hometown.

While Cavolo noted that China's management of the SARS epidemic in 2003 was not ideal, he pointed out that the authorities have learned from past experience and have responded better to the current crisis.

"Chinese media have been talking more and more about problems happening in the society, and problems of the government are discussed on the news," he added. "Such things are not being suppressed, which was what the West accuses China of. Such accusations are not sensible and have to stop."

Cavolo said that it is important for people to empathize with the Chinese at this point in time and to seek to uplift their spirits as they work to combat the virus. He also expressed confidence that the epidemic will pass by the time spring arrives.