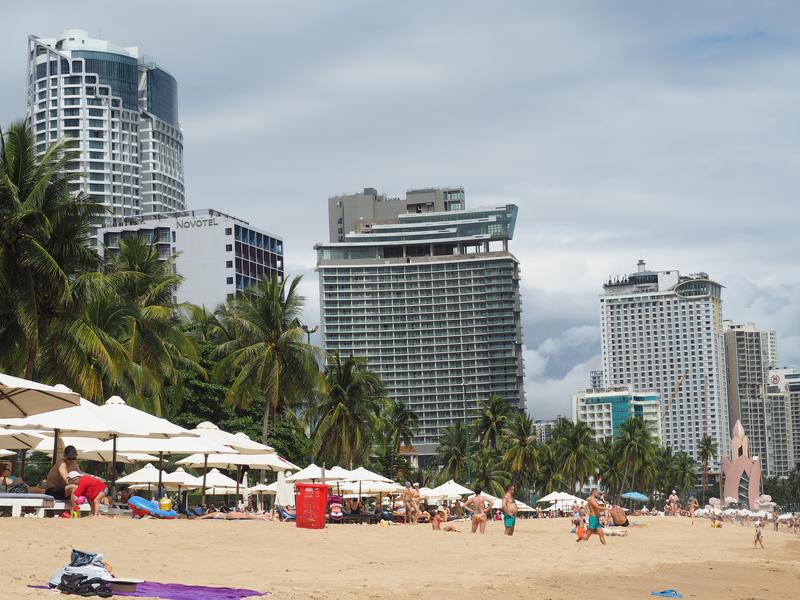 On a sunny Saturday morning at Linh Ung pagoda, a major tourist attraction on Da Nang’s Son Tra Peninsula, Chinese tourists can be seen everywhere. Some marvel at the 67-meter Lady Buddha – Vietnam’s tallest statue, perched atop a lotus-shaped temple – while others gaze over the spectacular city views.

“We had never heard of Da Nang but a friend recommended us to go,” said a Chinese couple from Jiangsu province. “We like it here, and we really enjoy the city’s relaxing vibe.”

Not very far away, two fifty-something Chinese couples from Hebei province shared that same sentiment. Part of a Chinese group tour, they were strolling along the coastline in Nha Trang, an hour’s flight from Da Nang, and said they were visiting for six days to “relax and unwind”.

Coastal cities Da Nang and Nha Trang in central Vietnam have emerged as very popular destinations for Chinese tourists. Reputable airlines have established direct routes to and from Chinese cities, including Beijing, Shanghai and Guangzhou, and daily flights are now available, making it a great holiday escape.

Indeed, China is one of Vietnam’s top feeder markets. According to online newspaper VnExpress International, Vietnam received 4.5 million Chinese tourists in the first 10 months of 2019, up 9.4 percent year-on-year and accounting for 31 percent of all foreign arrivals.

Khanh Hoa province, whose capital is Nha Trang, had received 2.27 million tourists from Asia by the end of October, up 143 percent from the same period a year earlier, and the majority of them were from China. The figures came from the Khanh Hoa Department of Tourism, as reported by Dan Tri, another online newspaper in Vietnam. 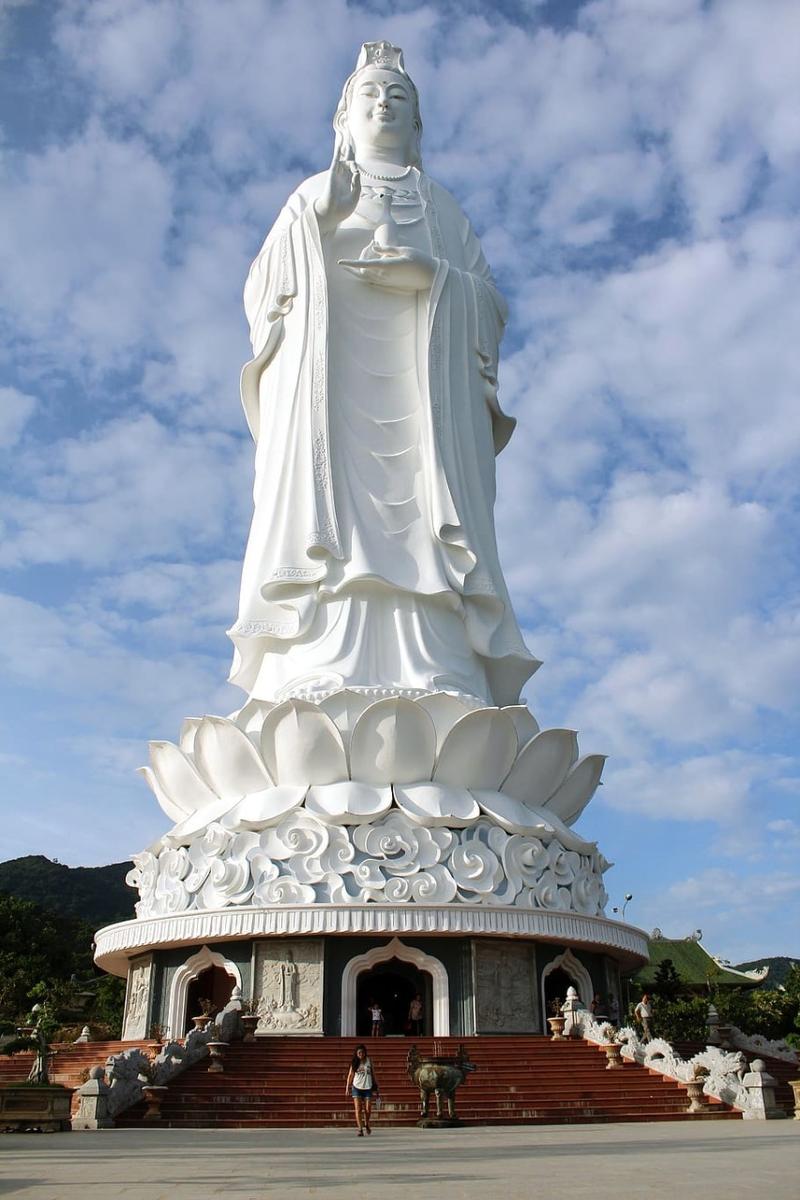 In Da Nang, the total number of Chinese tourists from January to July 2019 reached 494,526 – 18 percent higher than the first seven months of 2018 – Nguyen Ngoc Thien, Minister of Culture, Sports and Tourism, was quoted as saying in The Saigon Times.

It was not until 2009, with the official opening of Ba Na Hills, that Da Nang really caught foreigners’ attention. Before that, Da Nang was just a transition place for travelers between Hoi An and Hue, and its tourism centered mainly on nature, since there was a shortage of entertainment parks and recreational activities.

Today, Da Nang is the go-to destination for Ba Na Hills, a 45-minute drive from downtown. The amusement park, 1,500 meters above sea level, is popular among Chinese tourists, according to travel agency Dacotours. It is famous for its French Village with buildings that look like medieval castles, a majestic Golden Bridge, and variety of activities and entertainment.

“Ten percent of our clientele is from the Chinese mainland,” said Vo Kim Trung, CEO of Dacotours, whose business has been running for eight years. “Though it’s a small percentage, it still helps our business of offering personalized tours. We want to focus on quality rather than quantity.”

Hospitality is one of the many industries benefiting hugely from the influx of Chinese tourists. Viet Deli, a subsidiary of travel and hospitality group Paradise Vietnam, brought the Ngon Villa chain to Da Nang in 2018 in hopes of educating guests about Vietnamese cuisine served in a friendly atmosphere.

“There’s so much potential in Da Nang,” said Nguyen Gia Thien, executive chef of HOME and Ngon Villa chain restaurants. “The number of tourists visiting this city has dramatically increased over the past three years and we thought opening a restaurant would be a good opportunity.” 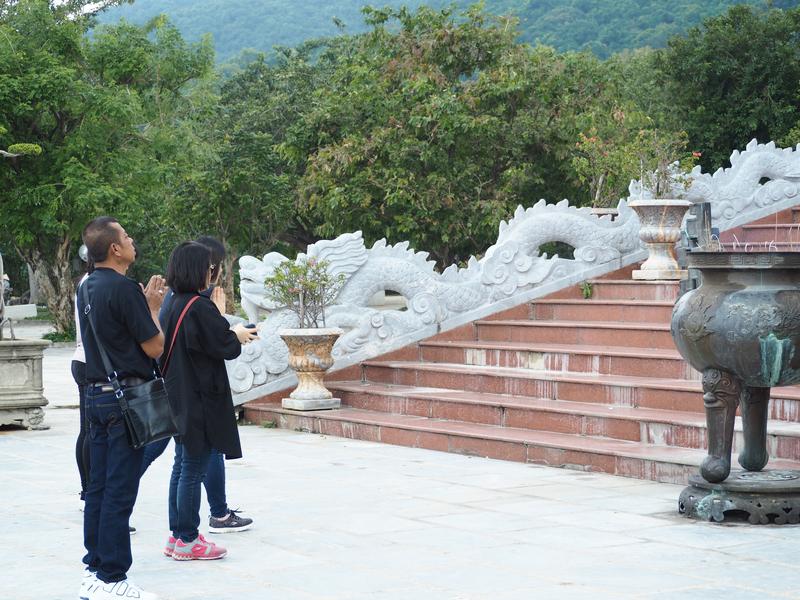 The majority of the former hotel’s guests, around 80 percent, were Chinese, and Nguyen Thi Thanh Thuy is confident Da Nang Mikazuki will also achieve that, as the new property is bigger and better. She said it also offers better amenities. “China is a big market for us,” she said. “They usually travel in groups.”

Mikazuki just opened 48 villa rooms, and a night costs 2 million Vietnamese dong (US$86) during low season, while rates can go up to 11.6 million dong during high season. The water park and garden lagoon zones will be opened in June 2020, while all amusement parks and 294 more hotel rooms will be completed in April 2021.

Car rental services are also thriving in Da Nang. Trung Sa Tourist’s business focuses on renting out luxury cars, including the Maybach S600, and 30 percent of its clientele is Chinese: 10 percent are from the Chinese mainland, 15 percent are from Hong Kong, and 5 percent are Chinese Malaysians, according to founder Le Thai Bao Long.

Le said for some Chinese people, riding to their destination in an expensive car is a feeling that they love.

Le caters mostly to Chinese CEOs, as well as foreign dignitaries and political leaders visiting Da Nang or Nha Trang for business meetings or conferences. He shared that he earned 1.5 billion Vietnamese dong – around US$65,000 – during the Asia-Pacific Economic Cooperation forum’s 2017 APEC Ministerial Meeting, held in Da Nang, when 10 luxury cars were rented from him for seven days. 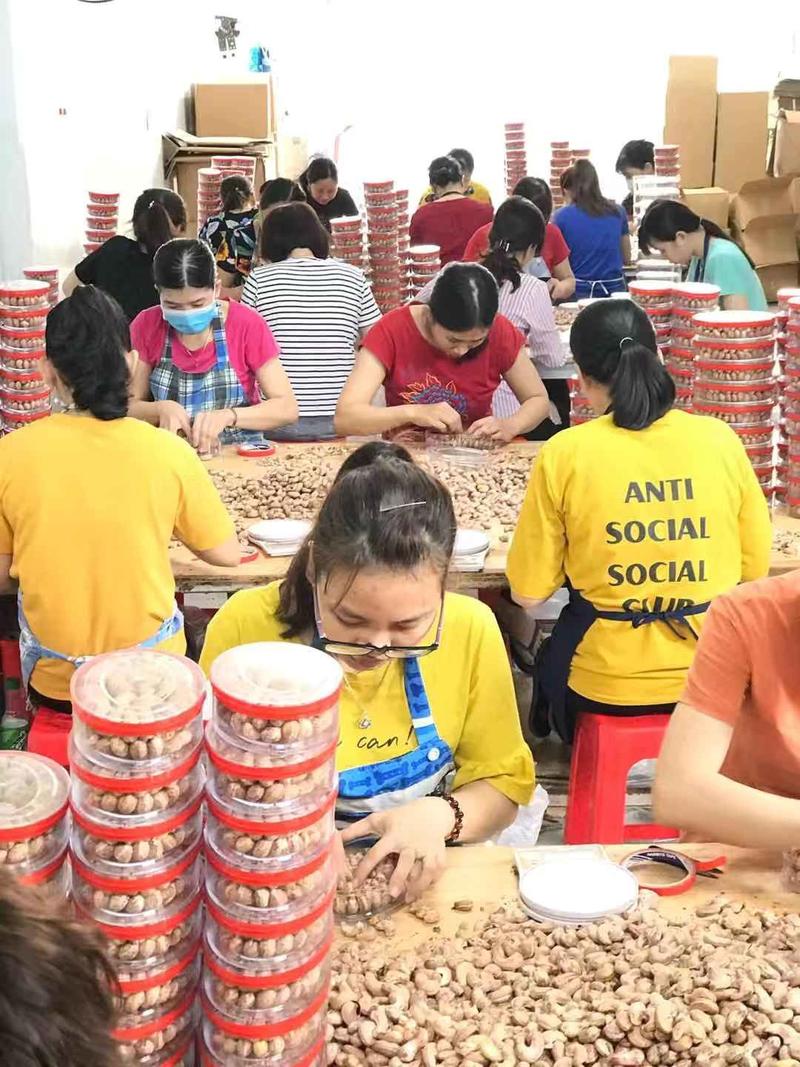 A cashew nut factory in Bin Duong. Many businesses depend on Chinese tourists for their income. (PHOTO PROVIDED TO CHINA DAILY)

There are plenty of small businesses and merchants relying on tourist arrivals, too. The two-story Han Market houses stalls selling everything from clothing to food and souvenirs. Across the stairs in the middle is a stall named Nam Dinh, which caters mostly to Chinese tourists. Their best-sellers include coffee beans, cashew nuts and dried mangoes.

“Tourists, especially Chinese, help local businesses thrive,” Anh, owner of Nam Dinh, said in Vietnamese. “They love shopping, and as long as I sell my goods at a good price, I can earn up to the equivalent of US$500 each day.”

Duy, who has a cashew factory in Binh Duong and owns a small shop named Tuan Minh in Nha Trang, agrees with Anh. His shop, in the touristy Loc Tho district, has been open for six years selling Vietnamese cashews, dried durian and mangoes, as well as slim Lian Hua and Thang Long cigarettes. He said that Chinese account for 90 percent of his customers, while Japanese, Russians and South Koreans make up 10 percent.

“The presence of Chinese tourists really helps my business,” Duy said. “My wife and I could make about 5 billion dong (US$216,000) per year,” he said, adding they try to keep costs and prices down so as to generate more business.

Expectations may vary, however, and not all travelers to Da Nang and Nha Trang believe that things there are inexpensive.

“We came to know Nha Trang through the Meituan app, so we came to visit,” said Yuki Guo, who works in sales at a fashion company in Guangzhou. “Tourists come here and think the food and shopping here is cheap, but my friends and I think they are actually quite expensive (compared to China).”

Just like anywhere else, tourists should know how to choose what is right for them. There can be no doubt that the charm of these two coastal cities will continue to attract travelers. And as both cities keep improving their destination reputation and service quality, their economies will grow and diversify.