Measures for epidemic control must be law-based, president says 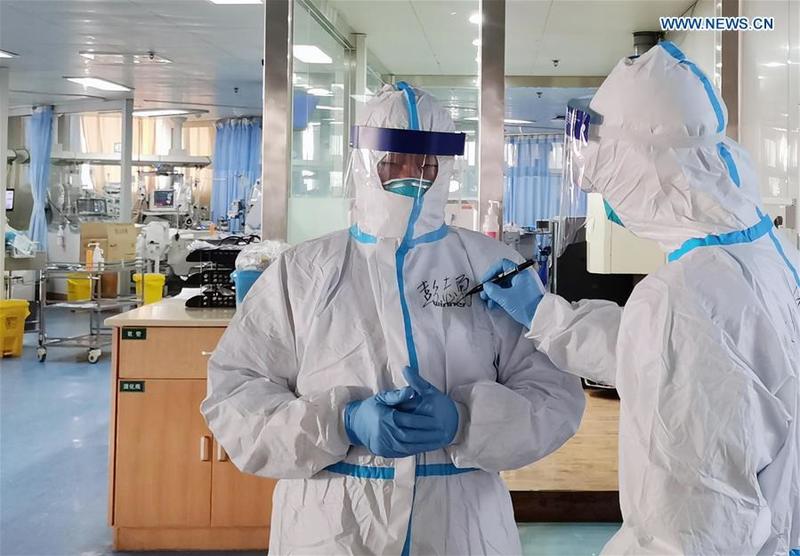 Xi Jinping, general secretary of the Communist Party of China Central Committee, underlined on Wednesday the importance of greater legal support for the country's epidemic control and prevention efforts, and he urged officials to improve law-based governance in dealing with the emergency.

Xi, also China's president and chairman of the Central Military Commission, made the remark in Beijing when presiding over the third meeting of the Commission for Overall Law-Based Governance of the CPC Central Committee. Xi is head of the commission.

Xi stressed that novel coronavirus-related epidemic control is at a critical stage, and it is crucially important to carry out related work in a scientific and orderly manner and in accordance with the law

Xi stressed that novel coronavirus-related epidemic control is at a critical stage, and it is crucially important to carry out related work in a scientific and orderly manner and in accordance with the law.

While highlighting that people's safety and health remain top priorities, Xi called for greater legislative, law enforcement and judicial oversight to strengthen the capacity for law-based epidemic prevention and control.

The more strenuous the situation is, the more important it is to intensify law-based efforts so that related work will move on a legal track, he said.

Xi called for a well-established, scientific and efficient legal system to support epidemic prevention and control.

Efforts should be made to strengthen risk evaluation and law-based decision-making and strictly carry out epidemic control measures to resolutely curb the contagion's spread, he said.

Xi stressed the need to strengthen enforcement of laws for those who jeopardize epidemic control efforts, strictly implement laws and regulations in terms of prevention and control of contagious diseases and take law-based steps to deal with the emergency.

Greater efforts should be made to uphold social stability by cracking down on assaults on healthcare workers, illegal price hikes of medical supplies and goods key to people's livelihoods, the making and selling of fake products and the creation and spread of rumors, Xi said.

He also urged additional efforts to guide the public in strengthening awareness of the rule of law to boost support for and voluntary cooperation with epidemic control efforts in accordance with the law.

ALSO READ: Calls for greater solidarity in fight against coronavirus should be heeded

Donations will be further regulated to ensure that all donated funds and goods will be used for preventing the spread of the contagion in a timely manner, he added.

Xi said information on the outbreak should be reported and released accurately, in a timely manner and in accordance with the law.

Promoting a better understanding of epidemic prevention and control methods as well as related laws should be intensified, he said.

Xi stressed that Party committees and governments at all levels should fully perform their duties in accordance with the law and carry out epidemic prevention and control work using law-based thinking and methods.

All departments should clearly understand their individual responsibilities and actively exercise their duties to guarantee people's health and livelihoods, Xi added.

Participants at the meeting also called for advancing law-based governance and letting the rule of law play an active role in modernizing the country's governance system and capacity.