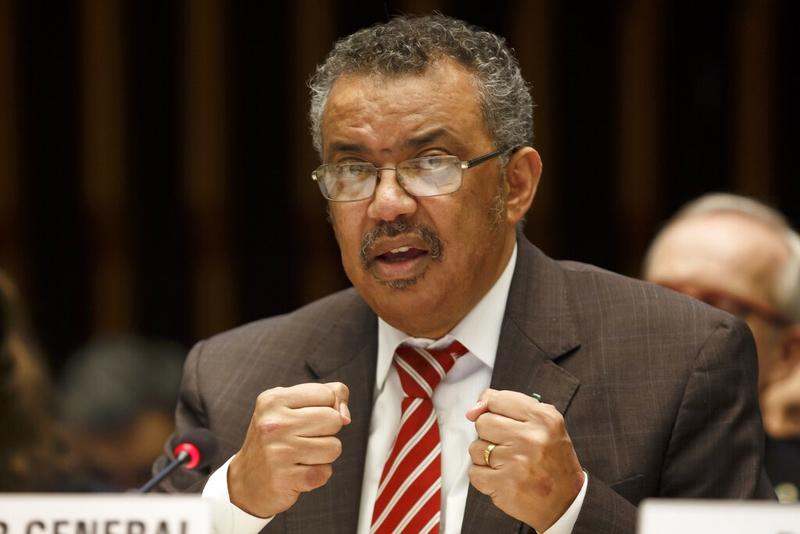 GENEVA - The World Health Organization (WHO) on Monday spoke highly of China's effective control measures to combat the novel coronavirus outbreak, and called on all countries to scale up preparedness for the virus, and not panic to manage the epidemic.

Addressing the 146th session of the WHO Executive Board meeting that kicked off here on Monday, Director-General Tedros Adhanom Ghebreyesus said China has taken "serious measures at the epicenter, at the source," which not only protected the Chinese people, but also prevented the spread of the virus to other countries.

China has taken "serious measures at the epicenter, at the source," which not only protected the Chinese people, but also prevented the spread of the virus to other countries, said WHO's director-general

"Because of this strategy, if it weren't for China's efforts, the number of cases outside China would have been very much higher," he said.

Outside China, he said there are 146 confirmed cases in 23 countries. "It's actually small, and it's coming only slow ... So it can be managed," Tedros said.

Tedros called on all countries to implement decisions that are evidence-based and consistent, and said that it was vital for all countries is to scale up their preparedness, not panic.

The WHO has made recommendations that there is no reason for measures that unnecessarily interfere with international travel and trade, and all countries must support countries with weaker health systems, as well as accelerate the development of vaccines, therapeutics and diagnostics.

The WHO also said that the world should combat the spread of rumors and misinformation, review preparedness plans, identify gaps and evaluate the resources needed to identify, isolate and care for cases, and prevent transmission.

The WHO called on all countries to share data, sequences, knowledge and experience with the WHO and the world

The organization called on all countries to share data, sequences, knowledge and experience with the WHO and the world.

Tedros said the WHO stands ready to provide advice to any country that is considering which measures to take, and called on all countries to work together in a spirit of solidarity and cooperation.

"We are all in this together, and we can only stop it together," Tedros said.

At the WHO executive board meeting, countries spoke highly of China's epidemic prevention work and its contribution to global public health.

On behalf of African countries, the Tanzanian delegate expressed their sincere sympathy to the Chinese government and people, thanked the Chinese government for taking strong measures to control the outbreak quickly, and emphasized that thanks to China's great effort and sacrifice, Africa has so far no confirmed cases. He said that the next step for African countries is to continue to strengthen prevention measures, hopefully with the support from the WHO and China.

The German delegate appreciated for China having acted quickly against the epidemic, being open and transparent, sharing information in a timely manner and working closely with the WHO.

The Swiss delegate said that China's prevention, control and treatment measures are exemplary, and that it is willing to work with the Chinese people to win the fight against the outbreak.

ALSO READ: Messages of support pour in from world

Britain, Australia, Japan, Brazil, Singapore, Israel, Chile, Sri Lanka, the Netherlands, Spain, Myanmar, Egypt, Norway, Indonesia, Canada, Denmark, Thailand, Sweden, Montenegro, and Bangladesh have all appreciated highly of the measures taken by the Chinese government, calling on the international community to strengthen cooperation and work together to overcome the disease.