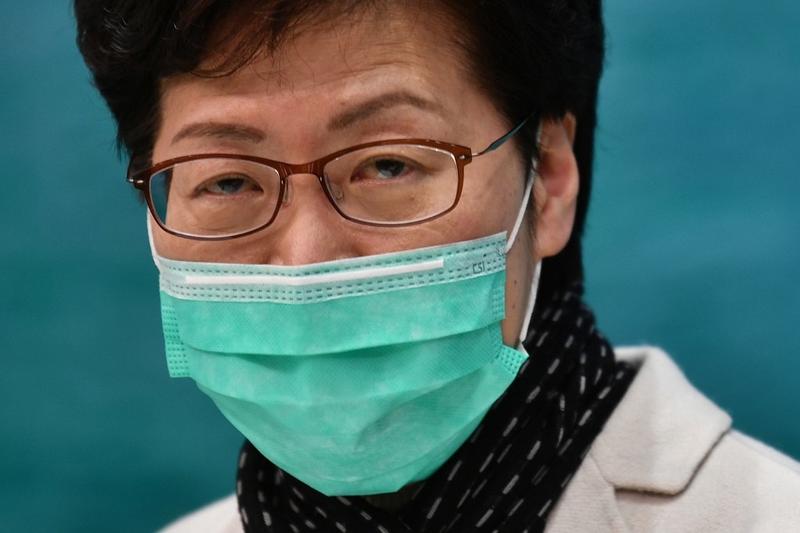 HONG KONG - Hong Kong Chief Executive Carrie Lam Cheng Yuet-ngor said the city was suspending high-speed rail service to the Chinese mainland in an effort to combat the spread of the novel coronavirus outbreak that started in the central Chinese city of Wuhan in Hubei province.
At a press conference held in the Central Government Offices on Tuesday afternoon, Lam also announced to suspend six immigration port services and said all cross-border ferry services would be halted and the number of flights to the Chinese mainland will be halved.

The number of flights to the Chinese mainland will be halved and HK's Individual Visit Scheme involving 49 mainland cities will be suspended, Lam said

Starting Jan 30, immigration checkpoints at the city’s high-speed rail station and Hung Hom station will be closed for the time being. Passenger traffic at Sha Tau Kok, Man Kam To, China Ferry Terminal and Tuen Mun Ferry Pier will be suspended, Lam said. This apart, cross-border shuttle bus service via the Hong Kong-Macao-Zhuhai Bridge and Sha Tau Kok will be truncated, the CE said.

Hong Kong's Individual Visit Scheme involving 49 mainland cities has been suspended with the approval of the central government, Lam said.

Eight people in Hong Kong have been infected so far and all trace the infection's origin to Wuhan. Most of the patients had taken the high-speed rail to reach Hong Kong.

At the press conference, Lam also said the government had dropped plans to use an unoccupied public estate as a quarantine site after it met with strong objection from the community.

Some 200 Hong Kong residents are still in Hubei as the province remains locked down, Lam said, adding the SAR government’s office in Wuhan was maintaining contact with the residents. She said the SAR government was in talks with the central government so that arrangements could be made to bring them back home.

Lam urged Hong Kong residents not to visit mainland cities with confirmed cases of infection, and urged all those still on the mainland to return home as soon as possible. The CE said upon returning to HK, such residents needed to stay home for two weeks and wear face masks if they need to go out.

ALSO READ: HK denies entry to people who have been to Hubei

As Hubei residents are allowed to stay in Hong Kong for no longer than 7 days, and the SAR has already imposed visit restrictions on them, Lam believed the number will gradually decrease.

She also called on Hong Kong residents who have been to Hubei in the past 14 days to contact the Department of Health for advice.
The CE urged the public to ignore rumors saying a spate of fake news and misinformation circulating online had made things difficult for the government in the middle of the crisis.

Mainland health authorities announced Tuesday 4,515 confirmed cases and 106 deaths. As of noon Tuesday, HK public hospitals admitted 78 patients (36 male and 42 female, aged between 14 months and 91) who are suspected to be displaying symptoms of a severe respiratory disease associated with a novel infectious agent. Among 103 patients currently in isolation, 100 are in stable condition.