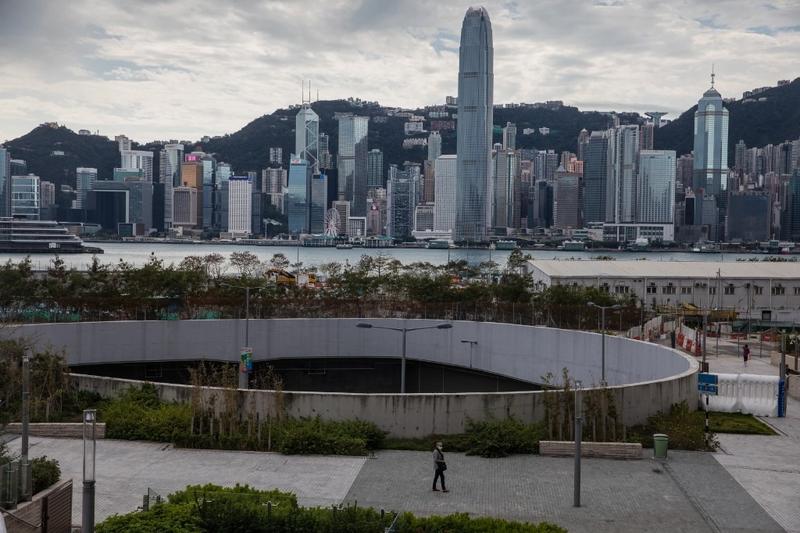 A woman wearing a face mask walks before the city skyline on the second day of the Lunar New Year in Hong Kong on Jan 26, 2020. (DALE DE LA REY / AFP)

HONG KONG - The Hong Kong Special Administrative Region (SAR) government on Tuesday announced to allow civil servants and government employees to work from home until Feb 2, in a bid to reduce the risk of the novel coronavirus spreading in the community.

It also appealed to employers in the city to make similar arrangements.

Meanwhile, all sports and cultural facilities will be temporarily closed starting Wednesday, the Leisure and Cultural Services Department said

Staff who are responsible for emergency and necessary public services will resume work on Wednesday as usual.

Announcements regarding affected public services will be made by relevant authorites in due time.

Urgent hearings will be dealt with in accordance with the established mechanism, it said.

The Leisure and Cultural Services Department announced temporary closure of all sports and cultural facilities starting Wednesday, according to a government press release issued on the same day.

Recreational, sports and cultural programs held at those facilites will be cancelled until further notice, the department said, adding that refund arrangements will be announced in a later date.

A government spokesman said Tuesday that an online post alleging that Chief Executive Carrie Lam Cheng Yuet-ngor has agreed to "a request to make use of Hong Kong's medical system to help the country tackle the disease" was unfounded.

The spokesman said in a government press release that the SAR government expressed regret over the spread of the rumour.

The CE is leading the SAR government in its all-out effort to tackle the outbreak of the novel coronavirus, said the spokesman.

The SAR government appeals to the public to fight against the disease together, and not to be misled by rumors amid the current situation, the spokesman said.

With inputs from Shadow Li