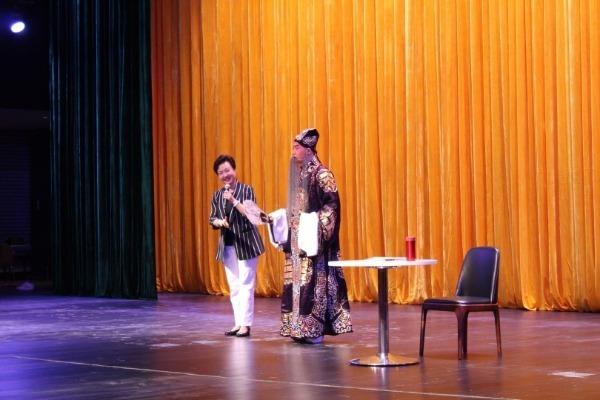 The Permaisuri Zarith Sofiah Opera House, the first in the city of Johor Bahru, in the southern Malaysian state of Johor, will open on Sunday

The Permaisuri Zarith Sofiah Opera House, the first in the city of Johor Bahru, in the southern Malaysian state of Johor, will open on Sunday.

Two galas will be held on Sunday and Monday to celebrate the event with a variety of shows, including singing, dancing, acrobatics, classical music and ballet, gathering performers from both China and Malaysia. Headliners include Malaysian pianist Claudia Yang, Chinese tenor Ding Yi and Chinese percussionist Tian Yuan.

According to Wang Long, deputy general manager of CPAA Theaters, the opera house project started in early 2016 and the building was completed in October 2019. It is already a city landmark. With a capacity of about 600 seats, the opera house occupies nearly 8,000 square meters.

Since Singapore is only one kilometer away from Johor Bahru, the opera house will attract Singaporean audiences during weekends.

"We will launch art festivals and performing seasons in 2020 with over 70 performances, including traditional Chinese operas like Peking Opera and Kunqu Opera, dance dramas, operas and chamber music," says Wang, adding that 2020 is the Year of Culture and Tourism between China and Malaysia and the opera house will serve as a cultural bridge between the two countries. 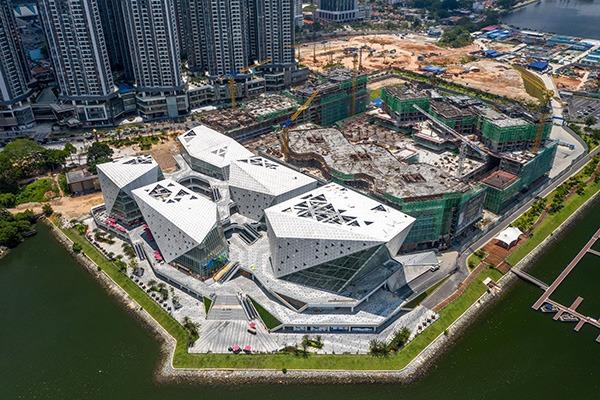 The opera house under construction. (PHOTO PROVIDED TO CHINA DAILY)

Under the China Arts and Entertainment Group Ltd, CPAA has 15 directly managed theaters and 70 member theaters across China. By January 2019, CPAA held over 5,000 shows every year, which attracted audiences of more than 5 million.

In October 2016, CPAA launched the Silk Road International League of Theaters, which serves as a platform for performing arts to promote cultural exchanges between China and other countries. Now, the league has 124 members from 42 countries.

From Monday to Thursday, the league will bring the Hong Kong String Orchestra and its founder and artistic director, violinist Yao Jue, to the Permaisuri Zarith Sofiah Opera House, warming up for the official opening.

On Dec 15, Peking Opera master Wang Rongrong appeared at the Permaisuri Zarith Sofiah Opera House and gave a lecture. Besides sharing her four-decade-long experience as a Peking Opera actress, she also displayed the skills of the 200-year-old ancient art form, along with four young Peking Opera actors.

"With the opening of the Permaisuri Zarith Sofiah Opera House, we could bring Peking Opera to more audiences and display the beauty of the old art form," Wang said.