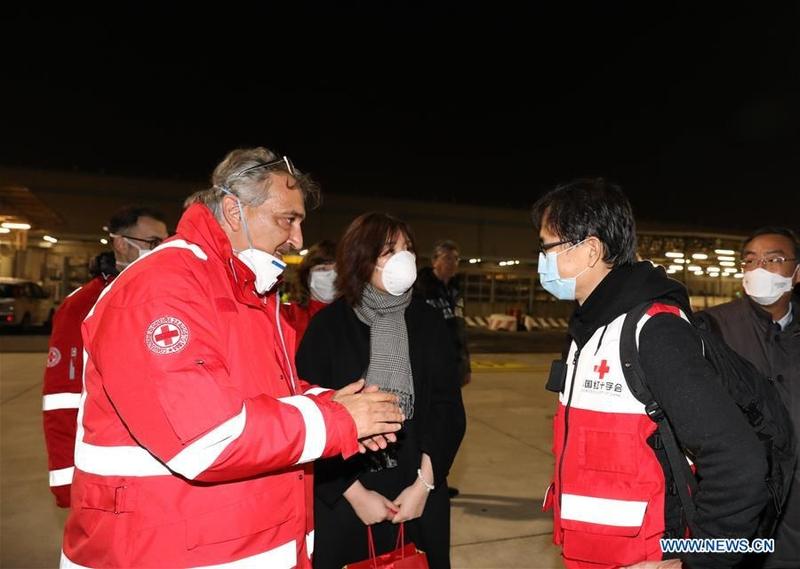 BEIJING - Dozens of foreign political party leaders have highly appraised the role of the Communist Party of China (CPC) as a responsible major political party in the global fight against COVID-19.

The CPC has taken decisive and strong measures to contain the spread of the outbreak, upheld the vision of a community with a shared future for mankind, shared with the world its experience of preventing and controlling COVID-19 and fully supported the global fight against the contagious disease, demonstrating how much it has shouldered as a responsible major political party, they said in messages addressed to the International Department of the CPC Central Committee recently.

Myanmar State Counselor Aung San Suu Kyi said under the leadership of the CPC Central Committee with Xi Jinping at the core, the CPC united the general public and successfully contained the domestic spread of the epidemic by tapping into its advanced medical technology and strong mobilization capacity.

She congratulated the CPC and the Chinese people for the success and expressed deep appreciation of the CPC's commitment to providing further support to the Myanmar government to fight the epidemic.

General Chairman of the Great Indonesia Movement Party and Indonesian Defense Minister Prabowo Subianto said that during the global COVID-19 pandemic, the CPC and other world political parties issued a joint appeal to promote and strengthen international anti-pandemic cooperation, which fully demonstrated the CPC's humanitarian sentiment.

Leader of the United National Party and former Sri Lankan Prime Minister Ranil Wickremasinghe said the pandemic has seriously disrupted the lives of people all over the world.

China has taken the lead in the prevention and control of COVID-19 and adopted a variety of measures, which set an example for the rest of the world to follow, Wickremasinghe said.

He also expressed firm opposition to any words or deeds that stigmatize China.

Oppah Muchinguri, national chairperson of Zimbabwe African National Union Patriotic Front, said that under the strong leadership of General Secretary Xi Jinping and the CPC, China has achieved significant results in its COVID-19 prevention and control work at the current stage.

He said that China's anti-virus efforts have not only made significant contributions to protecting the health of the Chinese people and other people in the world, but also offered important experience for other countries fighting the pandemic, which demonstrated China's sense of responsibility as a major country in the world.

While saying the pandemic is a common enemy and challenge for all mankind, he stressed that only by standing hand in hand and working together can the world win this fight against the major infectious disease.

Vojtech Filip, deputy speaker of the Chamber of Deputies of the Czech Republic and leader of the Communist Party of Bohemia and Moravia (KSCM), said the pandemic poses a huge challenge to all countries. China shares its experience with other countries and provides medical supplies, which illustrates through its action the old saying "a friend in need is a friend indeed."

Filip stressed that, the joint appeal issued by the CPC and political parties from other countries provides a way out of the current plight. The KSCM, together with other political parties, will actively support this appeal.

China's achievement in its combat against the novel coronavirus has prompted the US government to attach great significance to cooperating with China and other countries in the fight against COVID-19.

Bandow noted that at a time when the novel coronavirus is spreading widely in Western countries, politicizing the pandemic serves no one's interests.

Those who have also sent messages include Secretary of the All India Forward Bloc G. Devarajan, Singaporean Foreign Minister Vivian Balakrishnan, President of the Sri Lanka-China Friendship Association Ananda Goonatilleke, the Standing Committee of the International Conference of Asian Political Parties, leader of the Pheu Thai Party of Thailand Nalinee Taveseen, President of the Christian Democratic Party of Chile Fuad Chahin, and President of Albania's Socialist Movement for Integration Ilir Meta also sent messages, mentioning that political parties in each country should play a leading role in politics, pool global strength and resources, strengthen international cooperation against COVID-19 and bring the world back to the track of peace and development at an early date.