It's a wild life out there 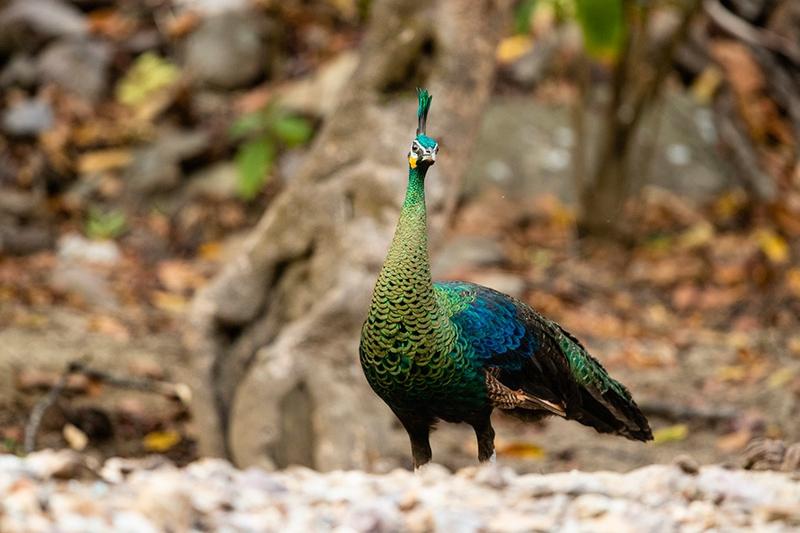 On Feb 10, the Legislative Affairs Commission of the Standing Committee of the National People's Congress stated that it had initiated the revision of the Wildlife Protection Law, planning to add it to its legislative work plan this year, and expedite the revision of laws such as the Animal Epidemic Prevention Law.

In addition, the 16th meeting of the Standing Committee of the 13th National People's Congress, which will be held on Feb 24, will consider relevant bills on banning illegal wildlife trade, abolishing bad habit of eating wild animals and effectively protecting the health and lives of the people.

Prior to the announcement, government health officials had given reporters an insight into exactly where and how the new coronavirus had begun its deadly spread, one of the many troubling facts that emerged was that wild animals-perhaps even ones that we do our utmost to protect and preserve-had played a pivotal role in creating the deadly outbreak.

Government officials fleshed out some of the details on how the virus might be connected to wildlife. Based on epidemiological investigations, the wild animals in question might be bamboo rats and badgers, Zhong Nanshan, leader of a high-level expert group of the National Health Commission, told China Central Television. 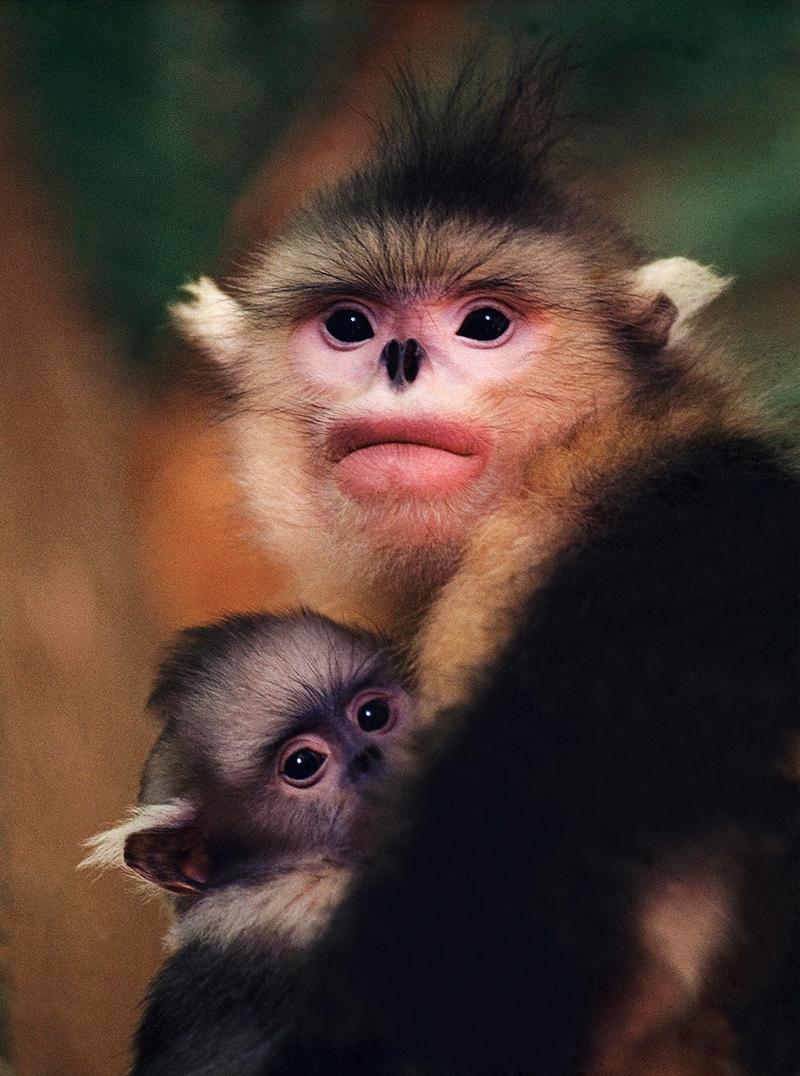 Almost instantaneously a spotlight was shone into the darkest corners of the country's illegal wildlife trade, something against which many have waged a tireless battle over recent years. Those engaged in the fight include Xi Zhinong and Shi Lihong, a couple who founded Wild China Film, an organization dedicated to documenting and protecting China's endangered wildlife and campaigning against poaching and illegal sales of wild animals.

The novel coronavirus outbreak underlines the fact that government departments need urgently to take steps to improve the management of wildlife, they say, and to tackle head on the problem once and for all. That views like those of Wild China Film are being heard and heeded is apparent in emergency management policies that have been introduced in the wake of the outbreak.

In fact, on Jan 27 the State Administration for Market Supervision, the Ministry of Agriculture and Rural Affairs, and the National Forestry and Grassland Administration issued emergency notices that call for more stringent inspection and quarantine efforts.

Bamboo rats, badgers and other wild animal breeding sites were sealed, isolated and thoroughly disinfected, and anything regarded as hazardous was safely disposed of. Five days later, on Jan 26, the three departments decreed that thenceforth there would be no wildlife trading until the national epidemic was over. 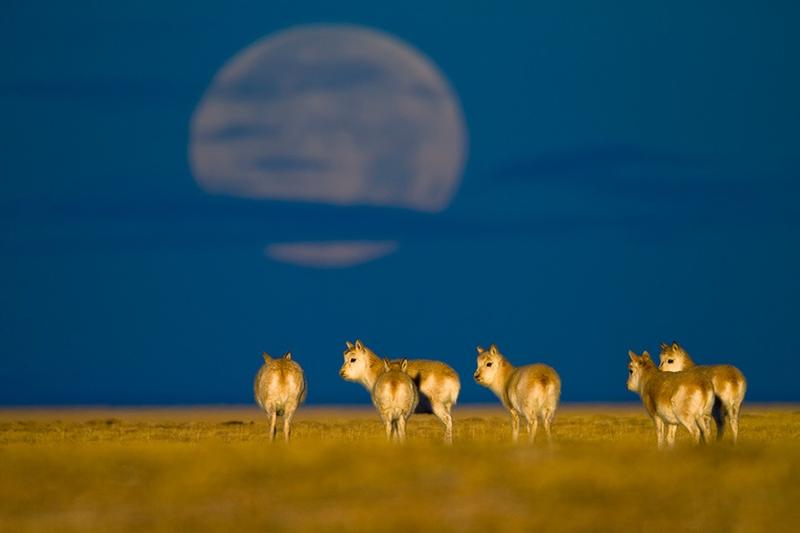 So the measures taken are in place only temporarily, and now some wildlife conservation activists are arguing that the country's wildlife protection law is inadequate and thus needs to be overhauled.

The current Wildlife Protection Law came into force in March 1989 and has been revised several times. However, there has been some skepticism about how effective the law is in combating poaching and illegal wildlife sales. Xi and Shi are among many activists who believe the epidemic has once again underlined that the law needs to be amended.

Liu Xiaoyu of the Chinese Center for Disease Control and Prevention, said: "Once a wildlife-derived virus occurs, it is not only difficult to control, but also has serious consequences. To prevent disasters happening again the Wildlife Protection Law should be amended to strictly prohibit hunting wild animals."

In underlining the relationship between the wildlife trade and human health, Xi cited the scientific document "The Wildlife Trade and the Emergence of Global Diseases", that appeared in Emerging Infectious Diseases, an open-access, peer-reviewed journal published by the US Centers for Disease Control and Prevention almost 15 years ago.

It says the transmission mechanism provided by the wildlife trade not only causes human outbreaks but also threatens many aspects of livestock, international trade and rural livelihoods. In the 15 years to 2005, it says, more than 35 new infectious diseases were found in humans, and on average one new infectious appeared every eight months. AIDS, Ebola, and SARS are all related to improper contact with wildlife. From the mid-1990s new or recurring livestock diseases around the world included bovine spongiform encephalopathy, foot-and-mouth disease, avian influenza and swine fever that cost the world economy more than $80 billion.

Xi concludes from the document: "The market is the hub of the wildlife trade. Focusing on reducing illegal trade, or in some cases eliminating it, is an effective way of reducing the risk of to humans, livestock, wildlife and the ecosystem."

After the SARS outbreak in 2003, keeping wildlife off dining tables was widely discussed. Zhang Jinshuo, of the Institute of Zoology, Chinese Academy of Sciences, once helped trace the source of SARS wildlife, and confirmed with other researchers that the source of the SARS virus was bats, in particular, Chinese chrysanthemum bats.

During the SARS outbreak Chang Jiwen, deputy director of the Research Institute of Resources and Environmental Policy of the State Council and an expert on animal protection law, suggested at a National People's Congress symposium that the wildlife trade be banned and human and wildlife contact be isolated.

However, the trade in edible wild animals continued. In the same year, the former State Forestry Administration announced a list of 54 species of terrestrial wild animals that were commercially available for operation, domestication and breeding, including tapir, mink, fruit civet and sika deer. The 54 wild animals are mainly used for food, medicine and fur clothing.

"Since the SARS outbreak there have been some changes in the way wildlife in China is protected, but very few," Xi said.

"In 1956 Dinghushan Nature Reserve, the first nature reserve in China, was established in Zhaoqing, Guangdong province. At the time the concept of concurrent conservation and hunting took root, as did the concept of protection. But this protection is based on the idea of utilization. Wild animals are seen as resources, just like forests, coal mines and water. Protecting resources is based on the idea of 'for my use'."

"But ultimately, no matter where the wild animals come from, they'll end up on the market, and that's a terrible thing. It really saddens me that human civilization has brought us to this. That mindset of utilization has not changed. This is also the reality of wildlife protection in China." 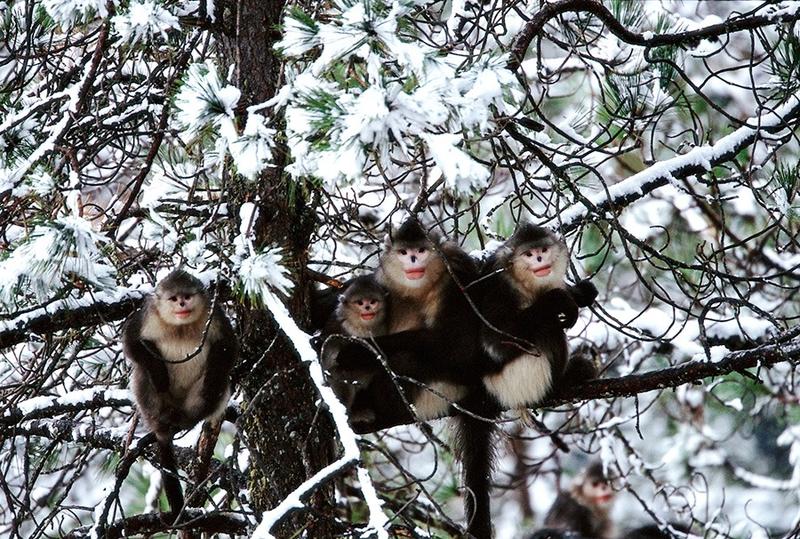 "In fact a scandalous wildlife empire was recently discovered on the internet, operating from Qiyang county, Hunan province," Xi said. "They openly trade in wildlife online, including river badgers, white-fronted geese, all kinds of wild ducks, leopard cats, yellow reeds, bamboo rats, porcupines, wild boars, hares, nutrias, marmots, sika deer, turtle doves, sparrows and civets, and can even supply zoos with wild animals such as hippos, zebras and giraffes. Even after the outbreak in Wuhan, on Jan 23, they posted a video on WeChat of a river badger for sale, saying they had quarantine, breeding and sales certificates.

"Protection organizations and customs around the world have cracked down on the trade in illegal ivory products from Africa, but you see or hear little about it." 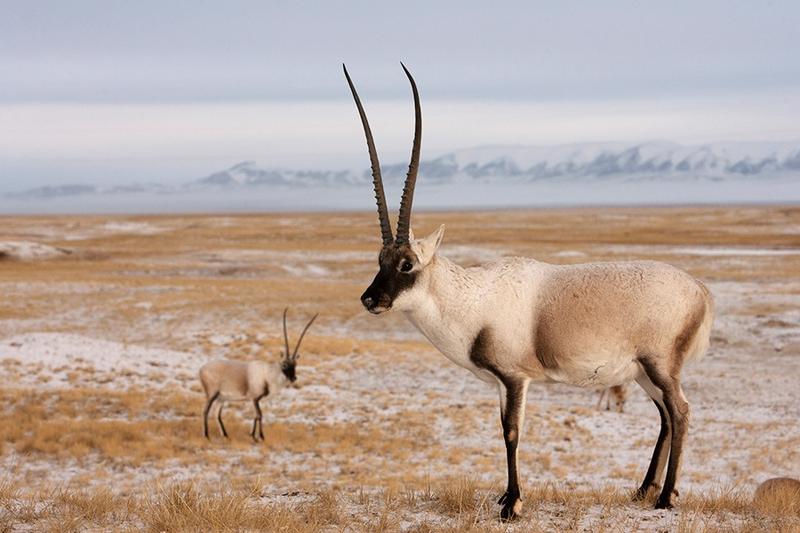 A male Tibetan antelope puts on a black and white dress in winter, the sign of mating season. (XI ZHINONG / WILD CHINA FILM)

In 2012 Xi took "Wild China" young photographers to the Global Wildlife Photographer Conference in London. One morning there was a seminar on the theme of China hosted by a British photographer, who had visited the country's safari parks, circuses, bear farms, tiger farms, and what the participants saw were many shocking photos no less foreboding than Wuhan South China Seafood Market. 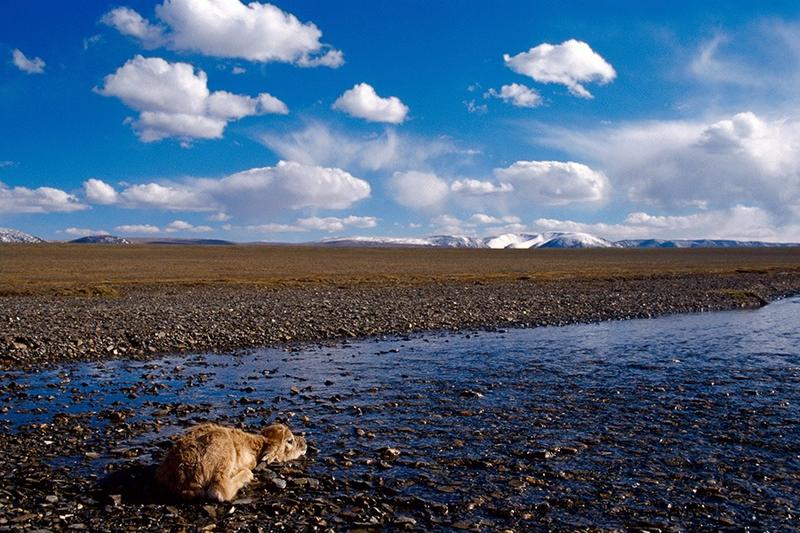 "I was thankful that my Chinese team was there, otherwise, that year, the impression of China in this field would have been absolutely bleak and negative," Xi said. "That same day, in the afternoon, our team gave a presentation, and at the end of it China received a prolonged standing ovation. I was relieved that with our efforts in China, our counterparts and the public worldwide were being given a balanced view of China. I wanted them to know China still has such wonderful nature and wild animals, and many people are working hard to protect wildlife."

Many conservation groups and media have spared little effort in promoting wildlife protection but Xi and others feel that much more needs to be done.

"I'd love to know how big China's legal wildlife trade was as a proportion of GDP last year," Xi said. "And how minuscule this number is compared with the economic losses the coronavirus epidemic is causing. Think about China's national image: as long as you're still consuming wild animals in any form, you're far from being civilized, and the China you say you represent is far from being a genuine civilization."