Population of endangered species has soared in the Qinling Mountains 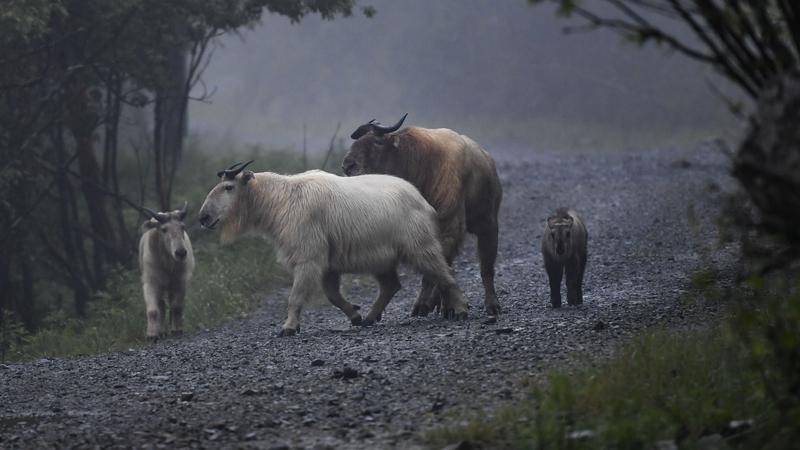 A family of takins wander in the Qinling Mountains in Shaanxi province. (TAO MING / XINHUA)

XI'AN－The Qinling Mountains, a natural boundary between the country's north and south, have witnessed huge improvements in wildlife protection in recent years.

The mountains, located largely in Shaanxi province, cover more than 50,000 square kilometers and are known as China's "gene bank" as they are home to a huge variety of plant and animal species.

Data from the local forestry bureau show the mountain range has about 3,800 plant and 587 wild animal species, of which 112 are mammals, 418 birds, 39 reptiles and 18 amphibians.

Giant pandas, golden snub-nosed monkeys, takin and crested ibises, all listed as national first-class protected species, are the four most representative species in the Qinling Mountains. 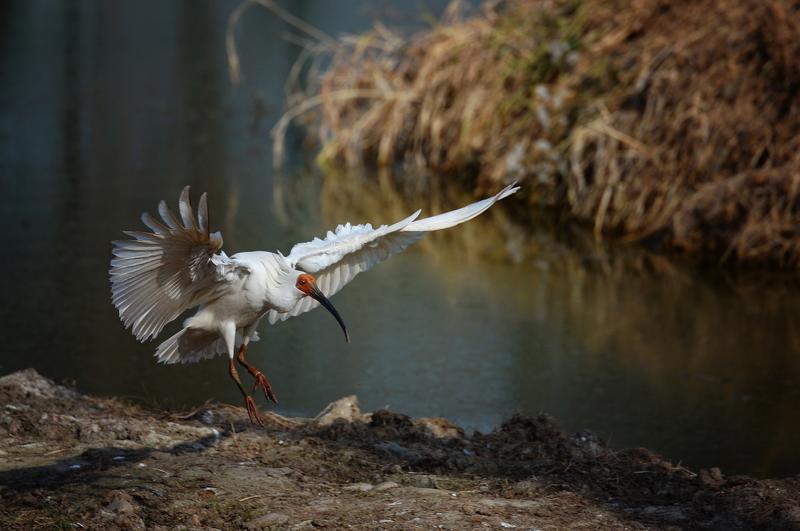 A crested ibis lands near a stream in the Qinling Mountains. (LIU XIAO / XINHUA)

In 1981, there were only seven crested ibises in the region. Today, their population has soared to more than 3,500, with over 3,100 living in wild habitats covering an area of 3,600 sq km. The number of wild pandas has increased from 109 in the 1980s to 345, and the populations of takin and golden snub-nosed monkeys have reached 4,000 and 5,000, thanks to an improved environment, strengthened protection efforts and crackdowns on crimes related to wild animals.

"The Qinling Mountains are home to 33 nature reserves with a combined area of 5,667 sq km, equivalent to a 10th of the total area of the Qinling Mountains in Shaanxi," said Dang Shuangren, director of the Shaanxi Forestry and Grassland Bureau. "Our hard work in ecological and environmental protection over the decades has created a sound living environment for wildlife in the mountains."

In October 2017, after more than two decades of preparation, the Qinling National Botanical Garden opened, becoming the first national-level facility of its kind in China.

Located in the northern foothills of the Qinling Mountains in Zhouzhi county, about 70 km from Xi'an, the provincial capital, the garden covers 639 sq km, and is by far the largest botanical garden on the planet. 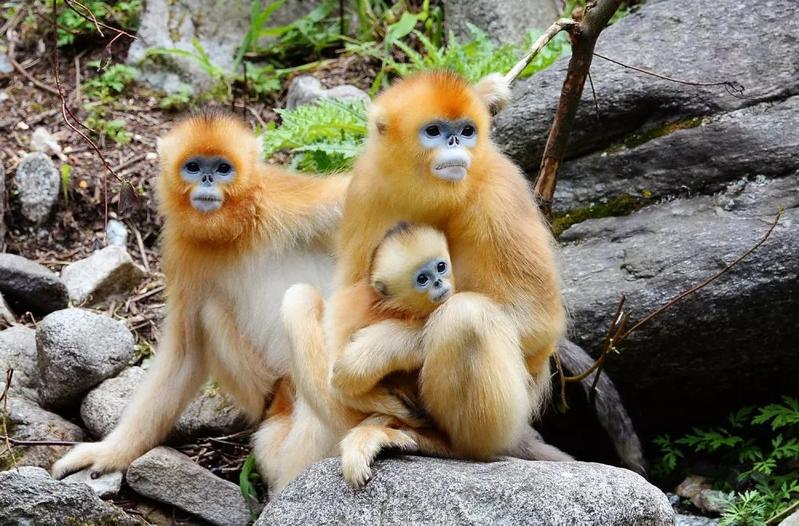 The garden is a haven for biodiversity and environmental protection. It stretches from 480 meters to 3,000 meters above sea level and is composed of five landforms－plains, hills, low mountains, middle mountains and high mountains.

It is not only at the forefront of China's research on conservation, but also a window for tourists to enjoy nature.

A giant panda national park spanning three provinces－Sichuan, Shaanxi and Gansu－is also under construction to help the species enrich its gene pool. The Qingling mountain range is one of the animal's major habitats.

The park will cover 27,134 sq km, three times the area of the United States' Yellowstone National Park. It will have a core area protecting giant pandas in 67 reserves as well as another 8,000 endangered animals and plants.

"The national park will provide a safer living territory for wildlife in the Qinling Mountains," Dang said.