Seed expert aiming to feed the nation and the world

A leading scientist has been instrumental in developing more than 100 different strains of corn at his base in Beijing. Zhao Yimeng reports. 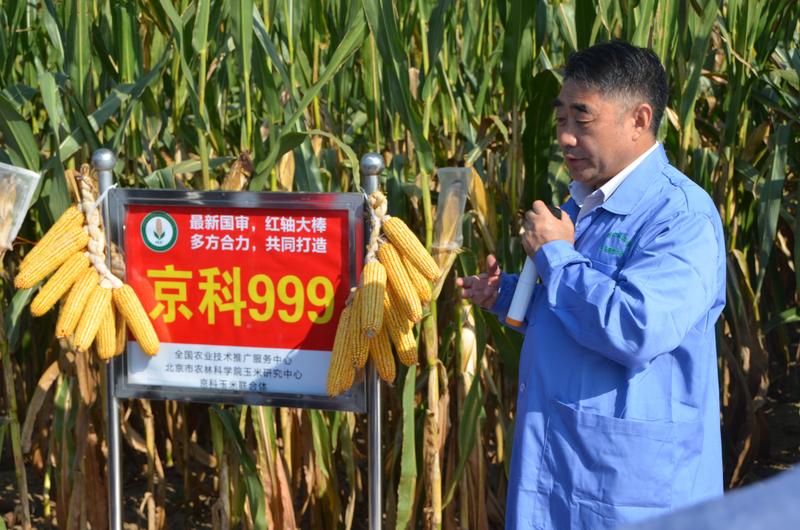 Zhao Jiuran has dedicated nearly 40 years to researching the development of new strains of corn. During his decades of activity, he has found that farmers' demands haven't changed very much. In short, they have always pursued a long-term goal of planting good seeds and excellent crop varieties.

"Farmers need new corn varieties with higher yields all the time, and they will always use and promote the best seeds," said Zhao, director of the Corn Research Center at the Beijing Academy of Agriculture and Forestry Sciences.

Agricultural research should be demand-oriented, he added, noting that the best seed varieties are those with the highest recognition among farmers.

That understanding helped when he graduated with a master's in 1986 because it prompted him to work on the front line of agricultural production in Yanqing district on the capital's outskirts.

Following the start of the reform and opening-up policy in 1978, many young Chinese, including some of the academy's graduates, chose to learn English and travel overseas for further education.

Instead, Zhao decided to conduct field research in the countryside, having been inspired to remain in China by a book about Norman Borlaug, an agronomist and a Nobel Peace Prize winner from the United States.

"He (Borlaug) gave up a well-off life in the US and traveled to isolated villages in Mexico to conduct research on wheat cultivation, with the aim of feeding a hungry world," Zhao said.

"I was touched by his story and wanted to do step-by-step scientific research in China to learn about the real needs of our country's agricultural production."

During his six years of research in Yanqing, Zhao discovered that the things the farmers needed most were good seeds and supportive cultivation techniques that were simple and effective. "They (the farmers) can raise yields without changing their farming methods or investing more," Zhao said.

In 1997, he was appointed director of the research center, with the aim of accelerating the cultivation and promotion of new corn strains.

However, in addition to a lack of funding, he worried about the shortage of germ plasm resources, which are the foundation of corn breeding.

"Developing new strains is like mining: You never obtain gems or gold without rich mines and raw materials," he said. 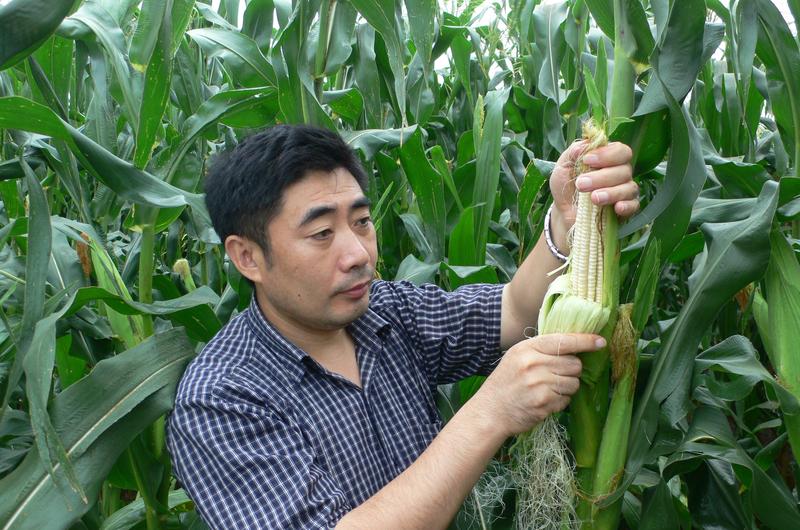 Zhao examines Jingkenuo 2000 corn as part of an experiment in 2007. (PHOTO PROVIDED TO CHINA DAILY)

In the center's early days, Zhao's team only had a few varieties of corn seeds. It lagged far behind other research institutions, which had thousands of germ plasm materials. Once, when he encountered a stranger feeding pigeons with corn, he grabbed some of the grains to use in his work.

During business trips overseas, unlike some people who preferred to go shopping, Zhao liked to wander around flower and seed stores to buy various items for his research.

In 2000, two new corn varieties were approved and promoted at the academy's demonstration base, marking the center's first batch of self-developed seeds.

The entire process can take as long as 10 years.

The center's developmental efficiency has greatly improved since 2015, when it combined several breeding techniques and modern equipment in its work.

"Although we had limited corn material, we made a remarkable achievement by cultivating more than 80 varieties over 10 years," Zhao said, adding that one of the center's breeding techniques has been awarded a national patent.

All 50 of the new corn varieties authorized last year have been bought by seed companies, which are promoting them across large parts of the country.

Even as Zhao achieved his goal of breeding more than 100 corn varieties, planted across a total of 11.3 million hectares of farmland, he was working to make innovations in new varieties with high nutritional values and better flavors.

Sweet corn, which originated in the Americas, is the major fresh corn variety outside of China.

"We have created and bred a strain which has both sweet and waxy traits," Zhao said.

Jingkenuo 2000, a sweet and glutinous corn bred first in 2006, has been exported to the US, Vietnam and South Korea. The suffix "nuo" refers to the corn's waxy texture.

"Our products are seen in supermarkets in the US and on street stalls in South Korea that sell traditional grilled corn," Zhao said.

Nongkenuo 336, a sweet and waxy variety developed last year, has become the most popular corn on the market and is regarded by consumers as the tastiest strain, he added, noting that the flavor has been praised as an original taste at several international conferences.

Though China's total corn output has risen more than 21-fold over the past 70 years, the yield level is less than 60 percent of that in the US.

Zhao said the development of good quality, high-yield varieties will require a number of things, like the innovation of biological technologies, more investment in research and development, and improved cooperation between research institutions and companies.