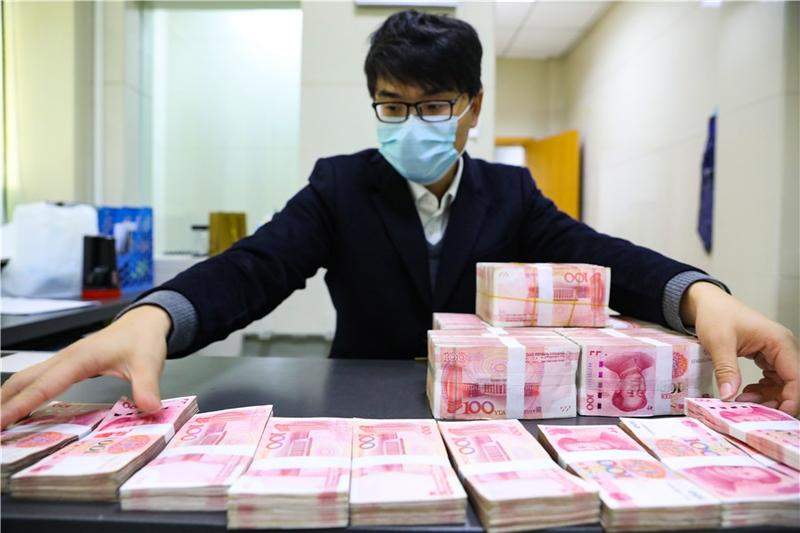 China has been "cautious "against excessive monetary easing this year to strike a balance between stabilizing the economy and preventing risks, paving the way for sustainable development amid protracted uncertainties, said a senior economist.

Unlike some developed economies, China has maintained a conventional monetary policy framework with positive interest rates and a stable central bank balance sheet, leaving enough room to respond adequately to any circumstance.

Li Yang, chairman of the National Institution for Finance and Development

Despite the shocks from the COVID-19 pandemic, China's monetary policy has managed to ensure stability on "six fronts" and security in "six areas" while keeping financial risks under control, said Li Yang, chairman of the National Institution for Finance and Development or NIFD, a Beijing-based national-level financial think tank.

The "six fronts" and "six areas "refer to the country's priorities for the year, such as safeguarding employment and livelihood, and the development of market entities, among other key issues, to help the economy weather the COVID-19 effects.

On the monetary front, China has enabled faster credit expansion and lent targeted financial assistance to the hard-hit small businesses. The amount of funds the real economy received from the financial system, or new social financing, came in at 3.58 trillion yuan (US$524.8 billion) in August, up 1.39 trillion yuan on a yearly basis, said the People's Bank of China, the central bank.

While the anti-crisis monetary measures have been indispensable for stabilizing the economy and employment, they may also have side-effects like increased debt and nonperforming loans, Li said.

China's debt-to-GDP ratio of the real economy rose to 266.4 percent by the end of June, up 21 percentage points from the end of last year, according to the NIFD.

"The country has been cautious in preventing the excessive accumulation of financial risks," he said, adding that the central bank is well on track to resolve the risks as early as possible.

The country's latest one-year benchmark lending rate, the prime loan rate, came in at 3.85 percent this month, while the US Federal Reserve announced that it may maintain its short-term interest rates close to zero through 2023.

Li's remarks find echo in the PBOC's second-quarter monetary policy report, which pledged to improve "cross-cyclical" policy design to achieve a balance between stabilizing growth and preventing risks in the long run.

He said furthering capital market reforms and expediting the development of non-banking financial institutions will be critical for the nation's "dual-circulation" development pattern, which underscores improving resource allocation to empower innovation.

The "dual-circulation" concept, whereby internal economic circulation is the mainstay while the domestic and external markets can support each other, has been one of the hottest topics among economists in recent months as it is seen as a major policy direction for China in the next few years.

"Capital market development has become more important than ever," Li said, adding that the registration-based new share sale reform lies in at the core of capital market reforms, as it will give full play to market forces in supporting innovation.

"The main boards of the mainland bourses are expected to move to the registration-based system soon, transforming the market's inclination to support traditional industries to the preference of innovative firms," Li said.